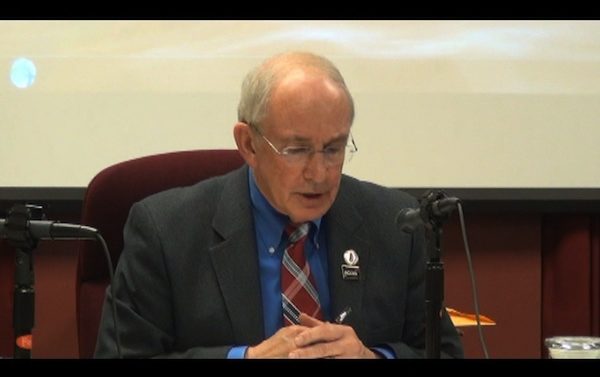 The date for the referendum on the Oconee County 2015 Special Purpose Local Option Sales Tax now seems more likely to be in November than May, as originally planned.

Three of the four voting members of the Board of Commissioners last night said they were not ready to decide on what projects should be listed on the ballot, making it unlikely there will be a majority next week to vote to go forward with the referendum on May 20.

BOC Chairman Melvin Davis, who votes only in the case of a tie among the other four members, made it clear he wants the vote to be in May, as did Commissioner Mark Saxon.

Commissioners John Daniell, Margaret Hale and Jim Luke said they do not. Hale had indicated at last week’s meeting that she wanted a postponement of the vote, but no one had spoken up to support her.