Baths’ Will Wiesenfeld Explores His Dark Side 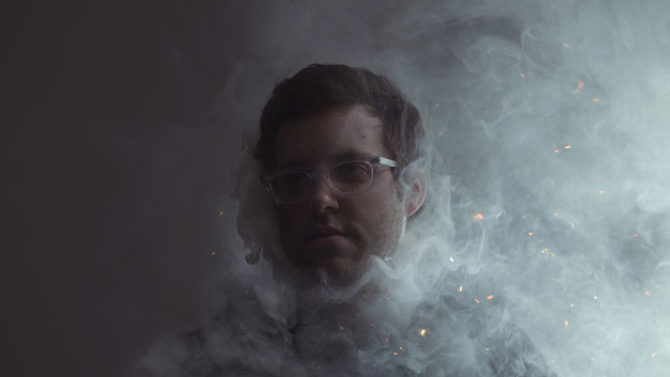 Will Wiesenfeld, aka Baths, released his debut album, Cerulean, in 2010, when chillwave and dubstep reigned supreme, and the artists involved in those genres seemed to use their DJ booths to distance themselves from their audience. Moodiness, often to the point of arrogance, added to the sense of detachment. But Baths deviated from the norm. Wiesenfeld skyrocketed his way out of the oversaturated L.A. electronic and club scene with an arty and experimental yet humanist take on glitch-pop. He was, and is, a genuinely nice dude, the friendly wunderkind of digital pop music.

Wiesenfeld’s positive demeanor was one of the first things critics and fans questioned upon the release of Baths’ recent sophomore effort, Obsidian, with some likening the album to Trent Reznor’s work on the darker side of electronic music. While that comparison may be based in hyperbole, Obsidian does differ notably from Cerulean in both tone and songwriting. Where Wiesenfeld sang “It’s a breezy, beautiful day” a couple years ago, he now muses on pain and sexual frustration.

One could attribute Obsidian’s darkness to Wiesenfeld’s unfortunate bout with E. coli bacteria in 2011 and the long, arduous recovery process that followed. And, in a way, the experience was partially responsible.

“As fucked as it is, having E. coli was kind of nice step into [writing the record],” Wiesenfeld says. “I was really debilitated for three months. I could barely get out of bed, all that sort of stuff. As horrible as that was, I kind of turned that into something more positive, where I just sort of took note of how little I was actually feeling, because that was the thing. The revelation was that it was less sadness or despair, or anything like that. It was more just the absence of feeling, which was so crazy for me, being a person that’s so emotionally driven.”

Thankfully, Wiesenfeld has had ample time to recover since then. He acknowledges that, though his diet is now limited to “oil, no spicy foods, no meat, no cheese, nothing heavy,” that’s pretty much the worst of it. In fact, Wiesenfeld says he had to force his mood to drop to write Obsidian—even if it meant researching the depths of human despair.

“I am definitely a happy dude,” Wiesenfeld says. “It’s hard for me to get mad, or upset, or depressed… That was sort of the challenge of it. The one sentiment that I was trying to get inside of was, what it was like for an everyday person during something like the Black Plague? Like, what was the feel, the emotional atmosphere during a time like that, where it just seems impossible that people were even living lives?

“It was such a nightmarish thing for me, to think about humanity at its absolute lowest points,” he continues. “I looked into a lot of weird Greek mythology stuff, about hell, all the different versions of it, and then I read Inferno, which is kind of crazy, too. It was just a lot of different details, a lot of images, and a lot of stuff that mirrored emotions I think I’ve had in my life. I wanted to tap into [that] more, and try and turn it into some warped version of pop music.”

With new material comes a new performance experience. Earlier this year, Wiesenfeld asked Morgan Greenwood, of defunct IDM-pop band Azeda Booth, to accompany him on tour. Normally, Baths is a solo affair, with Wiesenfeld focusing simultaneously on vocals and manipulation of pre-programmed samples. But, Wiesenfeld says, the addition of a band member has allowed him some breathing room. “I emote best when I’m limited to just singing,” he says.

According to Wiesenfeld, Greenwood now does all of the “geeky tech shit,” like dealing with effects, working with the drum machine and running Ableton, resulting in a show that Wiesenfeld thinks is “much more immersive than I think my set was before.” He also highlights the increased probability of improvisation, with which Baths has scarcely experimented in the past.

Of course, Wiesenfeld, the nice guy with a musical dark side, is into “geeky tech shit,” too. He’s a self-professed nerd who loves video games and is into online dating. He recently bought a Nintendo 3DS, and though he says he was underwhelmed by “Animal Crossing,” he plans to bring the console to each stop on his current tour to interact with likeminded fans on a whole new level. “I’m hoping to have it charged every night,” he says.