Who the Hell Are These Bands? Maserati, Blue Blood, Easter Island, Dead Confederate

“Adam Hartbrayker Barnett.” Remember that name, because it’s getting more and more famous by the day. Last night, I recognized four people, and they acknowledged me with at least three minutes of small talk, each. One of them pointed out that my sleeveless shirt and glasses combination differentiates me from the normal Caledonia attendee. What can I say? I’m just a hot bro new to a warm city.

Here’s part two of my Saturday:

I actually know who the hell this band is! A friend of mine is Maserati’s tour manager, so they come to Champaign-Urbana every so often. Actually, the first radio commercial I ever produced promoted a show of theirs. It was a terrible commercial because I tried to mimic their proggy, space-rock vibe, and I sounded like a douche-dweeb. Sorry, guys.

Anyway, the setting seemed odd, initially, a deck outside of Caledonia. The venue filled up pretty quickly, because if I recognize an Athens band, so does everyone else. But, impressive polyphonic and effects-heavy riffs and steadily evolving, entirely danceable and dynamic instrumentals, in that intimate of a setting, resulted in one of the most captivating performances of the festival. Now, I’m going to seem like an Athens poser because I loved the live set of a bigger band. Fuck.

The best way to immerse myself in the Athens musiculture is to indulge in extremes, to actually become the biggest fan of local music around. So, I got to the Georgia Theater stage an hour-and-a-half before Blue Blood’s set, to guarantee my spot in front of the stage, smack-dab in the center, unwilling to move for anyone who dared to think they enjoyed these bands more than myself. While this display of douchebaggery will tug on my conscience until my death (it was someone’s birthday…), it was wholly necessary, and I’m sorry for any pain I’ve caused.

Blue Blood, along with two consecutively downed cans of Diet Coke, was exactly what I needed to curb my exhaustion. Several shots of pop-rock, not too soft and not too grandiose, eased my transition from dazed, overwhelmed n00b to chipper, rock-on rookie. 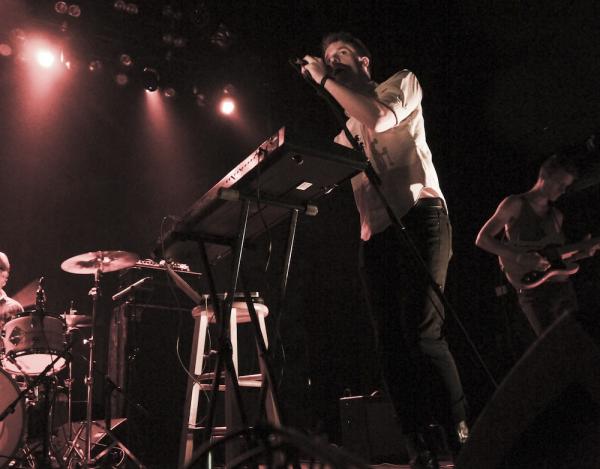 Considering each member’s dashing-good looks and the number of screaming, excited young folk, Easter Island is Athens’ boy band—local hunks who also produce some high-quality tunes about “romance” and “the weekend.” They were entertaining on several fronts, from the keyboardist/vocalist’s goofy faces and tendency to stare right into showgoers’ eyes for several seconds, to their dramatic breakdowns that would never survive the hyper-compression of recorded audio. Good show, ol’ beans. 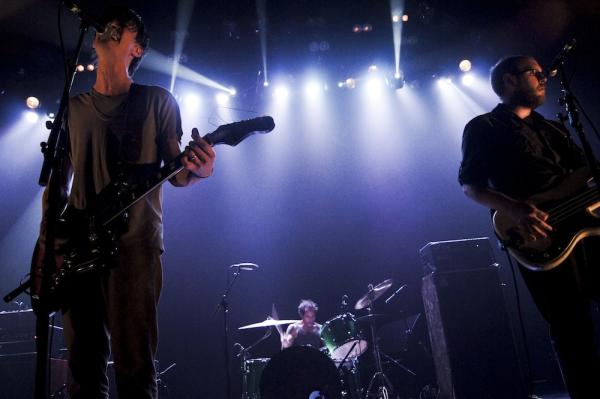 I guess this name means a lot more to Southerners than it does to me, but obviously, band names aren’t too important when you sound good, and boy, did Dead Confederate sound good. If Easter Island is the boy band that makes the young folk uncontrollably pee their khakis, Dead Confederate is the big arena rock band to which most people of any age or music preference will listen and say, “Wow! Music is cool!” They’re like your favorite neighborhood band that practices in the garage in front of the locals. But, the main difference is that Dead Confederate is actually a good band that could become an overproduced, anti-art drone if it wanted. Thankfully, though, this popular band of local heroes seems to carry around a mobile sonic garage, and it’s here to stay.