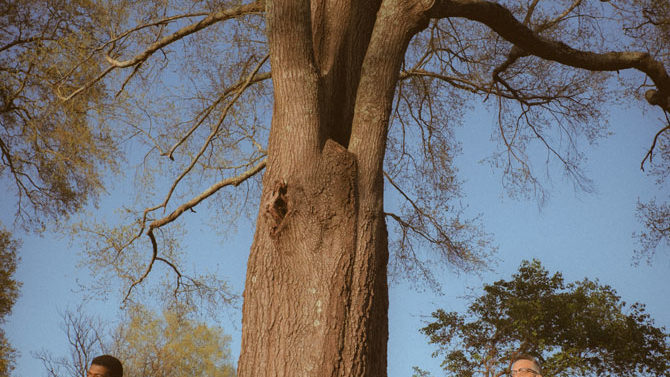 To Kill a Mockingbird For those familiar with recent stories about To Kill a Mockingbird and big Broadway money versus small community theaters, be reassured: Aaron Sorkin and Scott Rudin will not receive any profits from this production. Rudin, an Oscar-winning film producer who claims to have secured exclusive rights to Harper Lee’s classic novel, is the producer of the current Broadway adaptation written by Sorkin, creator of “The West Wing.” Rudin insists that only the Sorkin adaptation can legally be performed. He sent his lawyers after small theaters who had already secured the rights to an older adaptation by Christopher Sergel, shutting down a variety of productions already in the works all over the country. He later offered to let those theaters perform Sorkin’s script instead. Fortunately, Monroe isn’t within 25 miles of a major city, so On Stage did not receive a cease-and-desist letter from Rudin’s lawyers. This group has continued to rehearse the classic adaptation, though it would be willing to consider the Sorkin script in the future.

Beauty and the Beast The beloved Disney film became a beloved Broadway musical that ran for 13 years, and has been a staple of young performers everywhere. Belle sings about being a misfit who longs for adventure, the townspeople sing about how weird she is, and toxically masculine Gaston sings about the fact that Belle’s looks are all that matters to him. Fortunately for Belle, her dad blunders into a situation leading to her imprisonment in an enchanted castle, where she is the captive of a mysterious beast. Fortunately for Beast, this might be the girl who can break the spell and see past his rough exterior.

Beauty and the Beast, by Alan Menken, Howard Ashman, Tim Rice and Linda Woolverton, is presented by Brightstone Productions at the Oconee Civic Center Apr. 26–27 at 7:30 p.m, with 2:30 p.m. matinees Apr. 27–28. Tickets are available at brightstoneathens.com.

Toil and Trouble Shakespeare’s Macbeth can make a great comedy when you adapt it to our most recent recession and mix underemployed millennials (Julia Wilson, Patrick Najjar, Andrew Rabanal), fortune cookies, daggers and tropical real estate in a play described by The Daily Californian as “laugh-out-loud weird.” Who will rule the small island in South America that was supposed to be their financial salvation?

Lauren Gunderson is one of America’s most produced playwrights these days. Her plays The Book of Will and Miss Bennet: Christmas at Pemberley have been big hits in professional theaters nearby, so if you’re not devoting your entire weekend to Avengers: Endgame, Town and Gown’s Second Stage production, directed by Isaac Callahan, gives you a chance to experience the work of this exciting, Georgia-grown playwright who won the American Theatre Critics Association’s New Play Award in 2014.

Toil and Trouble, by Gunderson, is presented by Town and Gown Players Apr. 26–27 at 8 p.m., with a 2 p.m. matinee Apr. 28. Tickets are $5, free for season flex pass holders and available at townandgownplayers.org.

Dial ‘M’ for Murder Originally a BBC television special, the hit 1952 play had long runs on Broadway and the West End, and was adapted by Alfred Hitchcock for a film starring Grace Kelly. Described by Leah Frank of The New York Times as “more of a psychological thriller, a cat-and-mouse waiting game” than a standard murder mystery, the play features a manipulative sociopath (Kurt Geoppinger) who pretends to be a loving husband to the wife (Victoria DeSaussure) he is plotting to murder for her money. Is there any such thing as a perfect murder, and can he hire the perfect murderer?

A Play on Shakespeare Visit the kids of The English Bard and Grill, where the servers impersonate characters from Shakespeare. The restaurateur, Henry, finds his life mirroring the plot of Henry V when he learns he might be the legal owner of The French Cat Café in this play written and directed by Lynne Thomas.

A Play on Shakespeare is presented by Athens Little Playhouse Children’s Theatre May 3–5 and May 10–12. Tickets are $10, $5 for kids and available at athenslittleplayhouse.net.

Ruthless! A Musical Comedy This second stage ACT musical features an “adorable but sociopathic” 8-year-old girl who will do absolutely anything—not short of murder—to win the lead in her school play. The spoof of Broadway musicals like Gypsy won a New York Critics Circle Award for Best Off-Broadway Musical in 1993, and was revived on the West End in 2018.

Ruthless! A Musical Comedy, by Marvin Laird and Joel Paley, is presented by Athens Creative Theatre at Quinn Hall May 2–4 at 7:30 p.m. with a 3 p.m. matinee May 5. Tickets are $15, $12 for students, children and seniors and available at mortontheatre.com

Carol Burnett Sketches This is a night of sketches from Burnett’s comedic TV years, presented by Athens Creative Theatre Readers’ Theatre series at Quinn Hall May 9–10 at 7:30 p.m., with a 3 p.m. matinee May 10. Tickets are $15, $12 for students, children and seniors and available at mortontheatre.com.