Shaking Up Shakespeare: Three Plays to See This Month 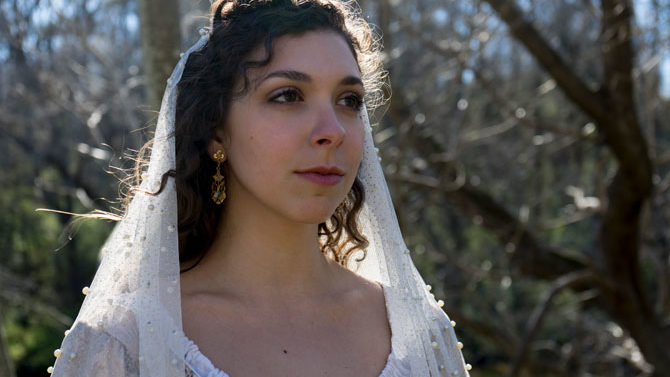 Othello This could be Shakespeare’s how-to guide for letting envy take the wheel, and a parable about how deadly alternative facts can be. Even a present-day White House staffer or cable news pundit could take lessons in ambition and manipulation from Iago (Charlie Cromer), ensign to general Othello (Marlon Burnley), the venerated Venetian veteran of Moorish descent who is beloved by colleagues and citizenry alike.

Othello wins the heart of beautiful Desdemona (Melanie Sheahan), a powerful senator’s daughter, and secretly marries her. Local trust-fund baby Roderigo (Anna Pieri), however, had been trying for her as well, becoming an easy mark for Iago, who felt entitled to a promotion but saw Othello promote young Cassio (Brian Chenard) instead. Iago plays everyone around him against everyone else, even his own wife, Emilia (Katie Butcher). Things get positively Westerosean with his Littlefinger-like machinations. As you can guess, it’s not a comedy; as George R.R. Martin once tweeted about “Game of Thrones”: “If you think this has a happy ending, you haven’t been paying attention.”

Set in Venice and Cyprus in the 1490s, it features a stellar cast directed by Kristin Kundert. It is also a rare chance to see an Athens-area play of this caliber in the round; set designer Michael O’Connell has created a temporary theater within the Fine Arts Theatre just for this production, which is an ideal play for such an intimate venue. UGA has presented a powerful season, with no weak links in its offerings; this one should be no exception.

Suddenly Last Summer Especially where family is concerned, sometimes there are things you don’t want to believe, even if you are presented with the truth. A grieving, wealthy, relentless mother, Mrs. Venable (Gay McCommons), fears the truth of her son Sebastian’s life and death abroad. He was a poet, possibly sexually deviant, and his cousin Catherine (Ming Vase-Dynasty) was there and knows the truth about his murder the previous summer. So traumatized by those events that she’s been confined to a psychiatric hospital, Catherine is in danger of being lobotomized so that Mrs. Venable will be able to shut her up permanently to protect the facts from being known. Will a generous donation to the hospital be enough to get her way?

Directed by Asia Meana, it’s a compact, disturbing Southern gothic tale that was adapted into a film starring Katherine Hepburn and Elizabeth Taylor. Town & Gown has its own Hepburn and Taylor in McCommons, who gives a virtuoso performance every time she treads the boards, and Vase-Dynasty, a favorite Athens performer who is also a T&G veteran. They seem like a great pair for portraying two such strong, complex Southern women.

Boozy Titus Andronicus The mysterious Boozy Bard Players have evolved into an official, community-wide group that welcomes all, from student actors to townie thespians. Tom von Dohlen, whose Drunk MacBeth was split-your-pants, spill-your-beer funny, has teamed up with Anna Corbould to adapt Shakespeare’s most horrifying play–– a partnership that promises comedy gold. It’s not just a regular Shakespeare play with a few unexpectedly drunken cast members, but a comedic adaptation where “traditional Shakespeare meets the play that goes wrong,”Â according to von Dohlen.

Titus Andronicus, by William Shakespeare, adapted by Tom von Dohlen and Anna Corbould, is presented by Boozy Bard Players at Creature Comforts Brewery Sunday, Apr. 15 at 8 p.m. Tickets are $10, and reservations can be made at goo.gl/forms/iC7Yxugr20jjtS6F3. For questions, email boozybardplayers@gmail.com.