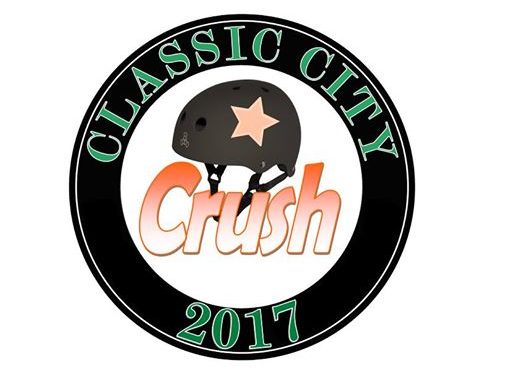 When we last checked in with our local roller derby squad, skaters were taking the track to the familiar chug of “Crazy Train,” and for the next 60 minutes an alarmingly sparse but attentive crowd at the Classic Center witnessed a blizzard of quads. The visiting, and heavily favored, team from Baton Rouge jumped out to an early 4-0 lead, thanks to some deft jamming from Sparkles Fantastic, but they were shut out during their next three scoring attempts, and found themselves down 10 points after five minutes of play—and trailing by 15 at halftime.

With just over seven minutes remaining in the bout, and the Classic City Rollergirls up 171-105, the visitors mounted an impressive rally. Sparkles Fantastic’s role in said rally can not be overstated. A 33-point outburst in the 20th jam of the second half bridged the gap, 183-162, but alas, it was too little, too late, and CCRG held on for the 192-167 upset victory.

Revenge will be the theme this weekend, as Baton Rouge’s Red Stick Roller Derby makes the 596-mile trek back to Athens to participate in the second annual Classic City Crush.

The two-day roller derby extravaganza will be held July 22-23 at Akins Ford Arena at the Classic Center, and features eight teams from across North America. The invitational isn’t a tournament, so you won’t have to stress over busted brackets—but team pride, after-party bragging rights and WFTDA rankings will definitely be on the line.

Beyond that, what can you expect? “Non-stop derby,” says Athens-based skating official Harm N. Killabrew. “Games start every two hours. For derby fans, it’s great, especially when the teams are closely ranked and the games are competitive.” With every corner of the continent represented, from Ontario to Albuquerque, veteran player Katillac Coupe Deville makes the valid observation, “No matter where you’re from, you have a home team playing this weekend!”

In the end, they’ll all agree it was worth it, but the aforementioned non-stop derby can really take a toll on the skaters. “The hardest thing about these tournaments is staying focused. Usually, we have all day to prepare our minds, partake in pre-bout routines and rest before the bout. In [this setting], we may play two bouts with four hours in between,” explains blocker Lady Voldehurt. But as KIllabrew reminds us, “The skaters are tough—you’ll find bruises days later that you can’t explain. But they skate right through it all.”

CCRG head coach Rocksteady won’t be deterred or distracted regardless of the conditions. “Our biggest focus is on winning to improve our WFTDA rank… In four years, I have never been prouder of this team than I am now.” To this end, Voldehurt offers levity: “I’m sure most of us skaters would say we want the Crush to benefit us in WFTDA rankings. But I wouldn’t mind a badass trophy.”

In their ongoing effort to leave the world a better place than they found it, CCRG will donate a portion of Classic City Crush ticket proceeds to the East Georgia Cancer Coalition, to assist in their continued effort to improve cancer education, prevention, screening and treatment.