The evening was a promising one. A book group was gathering in a lovely backyard garden blooming with flowers on a temperate spring night. Smells of cardamom and curry were sneaking out of foil-wrapped casserole dishes. And, upon my arrival, the event’s guest speakers, all of whom are Jewish, were already deep in a heated discussion about interpretation of the 10 Commandments.

This latest gathering of the India Book Club took place in the backyard garden of Dr. Ranjit Mathew and Rita Mathew. The group, formerly known as the Friends of India Book Club, has been around for about nine years and reads a diverse selection of titles.

About the group, Rita Mathew said “Just like Ranjit and I, other members of the book club claim their ‘Indian-ness’ either by birth or by association, e.g. marriage, or friends with other Indians. Even though members of the India Book Club are born in Sri Lanka, Pakistan, Mozambique, Zimbabwe or Great Britain, we all share one thing in common, and that is the immigrant experience. It seems that we strive to find unity in diversity, even as we make home away from home in the United States.”

The group hopes to shed stereotypes of Indian culture which are still somehow prevalent in the area. Yes, Athens, there is more to this community than Bollywood and Diwali.

Sujatha Winfield, an attorney specializing in immigration law, at the book event

It’s a kind of roving literary party where deep thinking and alternative perspectives are encouraged and global connections are discussed—but it is enhanced with home-cooked Indian dishes like dhokla, spongy cakes made of steamed chickpeas, and chicken tikka and rice garnished with mustard seeds and curry leaves—along with a healthy serving of mutual respect and tolerance.

As a prelude to the India Book Club’s discussion of their latest title, the Pulitzer Prize winning All the Light We Cannot See by Anthony Doerr, the group heard from speakers Dot Sparer, a witness to Kristallnacht, and Hershel Greenblat, a holocaust survivor.

Doerr’s novel is set in Nazi-occupied France and Germany, and tells the stories of two young people whose situations are vastly dissimilar in circumstance and location. The author slowly weaves together the lives of a blind French girl, the daughter of a museum curator, and a German orphan who climbs the Nazi ranks due to a knack with radios.

At the end of the tale, the girl, now an old woman, looks back on her life and “Every hour, she thinks, someone for whom the war was memory falls out of the world.”

Hershel Greenblat volunteers through Atlanta’s Bremen Museum and its “Bearing Witness” program to ensure that the memory of WWII’s atrocities are not lost.

Greenblat was born in a cave, where his parents hid as part of the resistance in the Ukraine. After the war and years in a displaced persons camp in Austria, his father ultimately brought the family to Georgia. Upon arriving in the South, they were shocked by the living conditions of African Americans in the Buttermilk Bottom neighborhood of Atlanta and continued to work for social justice, even befriending Martin Luther King Jr. 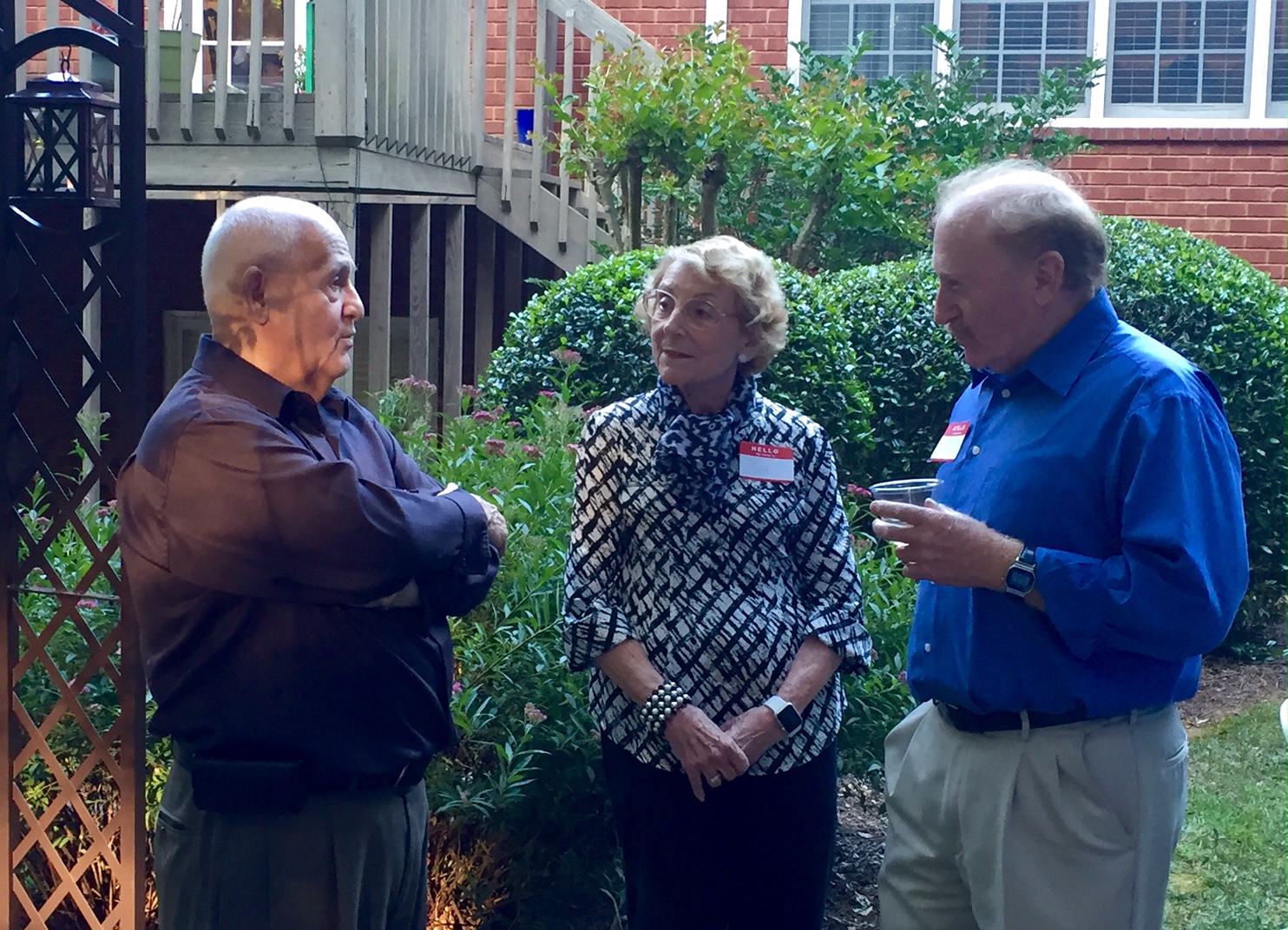 Dot Sparer, a resident of Athens and a retired journalist, spoke engagingly and descriptively of her girlhood in Königsberg. “I am not a bonafide holocaust survivor, I am a Kristallnacht survivor,” she stated. During this “night of broken glass,” Nazis torched synagogues and looted Jewish homes and businesses. About 30,000 Jewish men were arrested. Sparer’s father, a doctor and university professor, was one of them.

Sparer’s immediate family made it to safety in England and later the United States, but her grandmother died during the holocaust.

Both survivors vividly captured the sense of wonder and relief their families felt at being granted entrance to the U.S. Sparer said, “As soon as the Statue of Liberty came into view, the band on deck played the ‘Star Spangled Banner’ and most people were crying.” Greenblat recalled being awoken by his father in the middle of the night to witness their approach to the Statue of Liberty, “the most beautiful sight you could ever see—she was all lit up.” 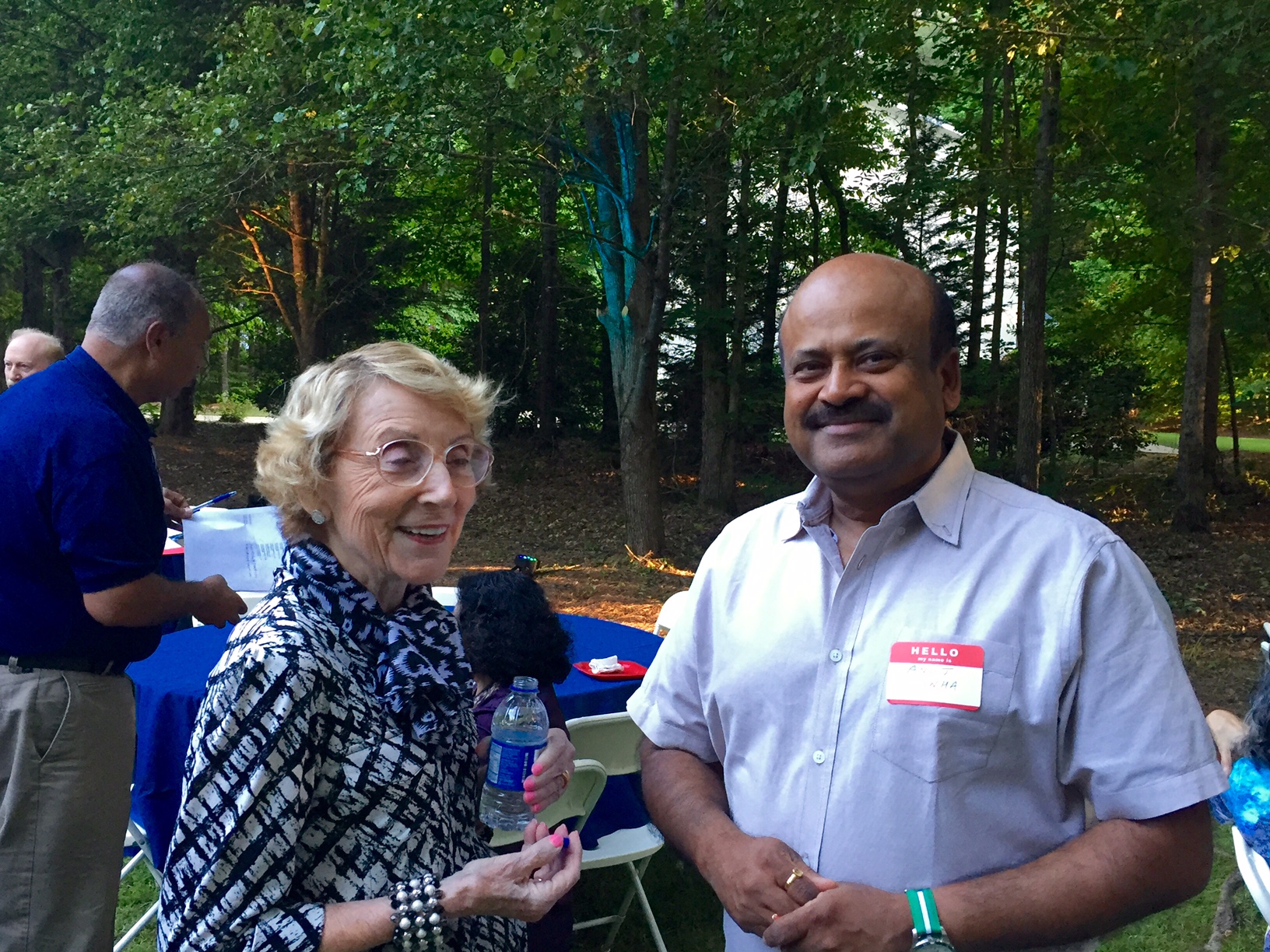 Hilton Bik, a Jewish theologian at UGA, moderated the group’s discussion of the book along with the group’s leader, Dr. Navin Patel.

As Mathew introduced the speakers that night, it was clear that she had been deeply moved by reading All the Light We Cannot See. “Every person,” she stated, “is really part of yourself and when you receive other people’s pain, you are in fact participating in being a more human person.”

Local Celebrities Go Over the Edge for Charity