AIDS Athens Celebrates Release of Athens Eats at The National

The National was especially pretty on a recent crisp spring afternoon. Sunlight streaming through the restaurant’s windows made the glassware and big dispensers of lemonade and tea sparkle. Fresh white linens topped with blue and white oil cloth were set off by fresh cut azaleas and a large pink and white orchid.

It was a serene setting to celebrate the long awaited release of Athens Eats: Recipes from the Classic City. The cookbook has been 11 years in the making and is a fundraiser for AIDS Athens.

Originally conceived by former AIDS Athens board member Sarah van Ophuijsen, the project has been a labor of love for many involved with the organization. Tracy Stroud was recruited years ago by van Ophuijsen to serve on the original cookbook committee. Today, Stroud serves on the board, and as chair of fundraising, has finally seen the project through to completion.

Stroud attributed the evolving lives of contributors as one factor that delayed release of the book. “The bios keep changing. For example, Mark Richt is in the cookbook.” Richt contributed his recipe for “Hot Dog Delight,” which, I am excited to say, looks like it is easily adaptable for vegans. 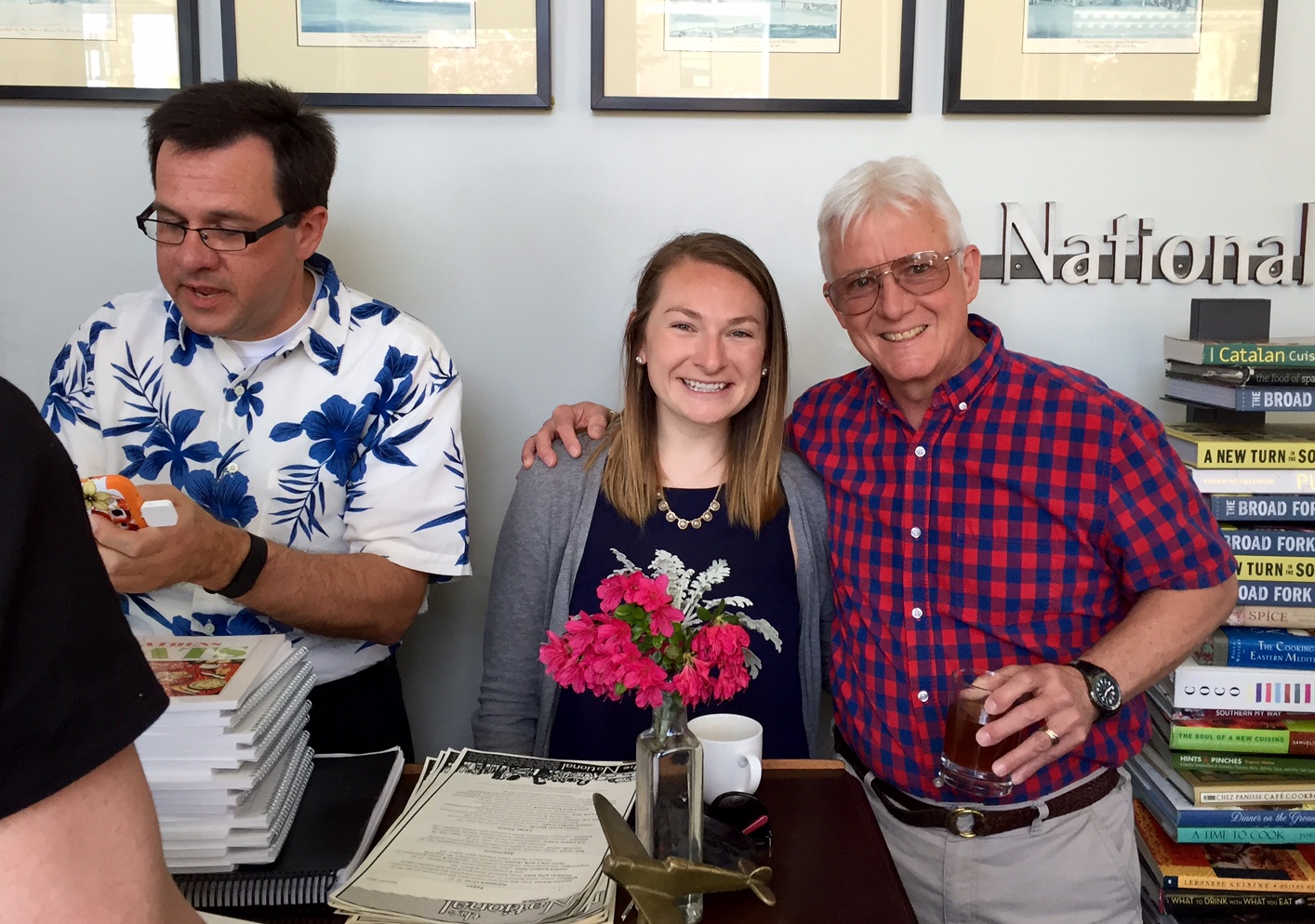 The National also generously provided a spread for the organization’s celebration. The bacon-wrapped dates were extraordinary (sorry, Rabbi) and also provided a peek into the book’s offerings. Chef Peter Dale shares the recipe for this Athens favorite in Athens Eats.

Dale is one contributing local celebrity among many. From the introduction by Flagpole’s own Hillary Brown and cover art by Mary Porter, to recipes from the likes of Nuci’s Space founder Linda Philips, Classic City Rollergirl Vanessa Zerpa (aka Elizabeth Impaler) and R.E.M., the book is on ode to all things Athens. 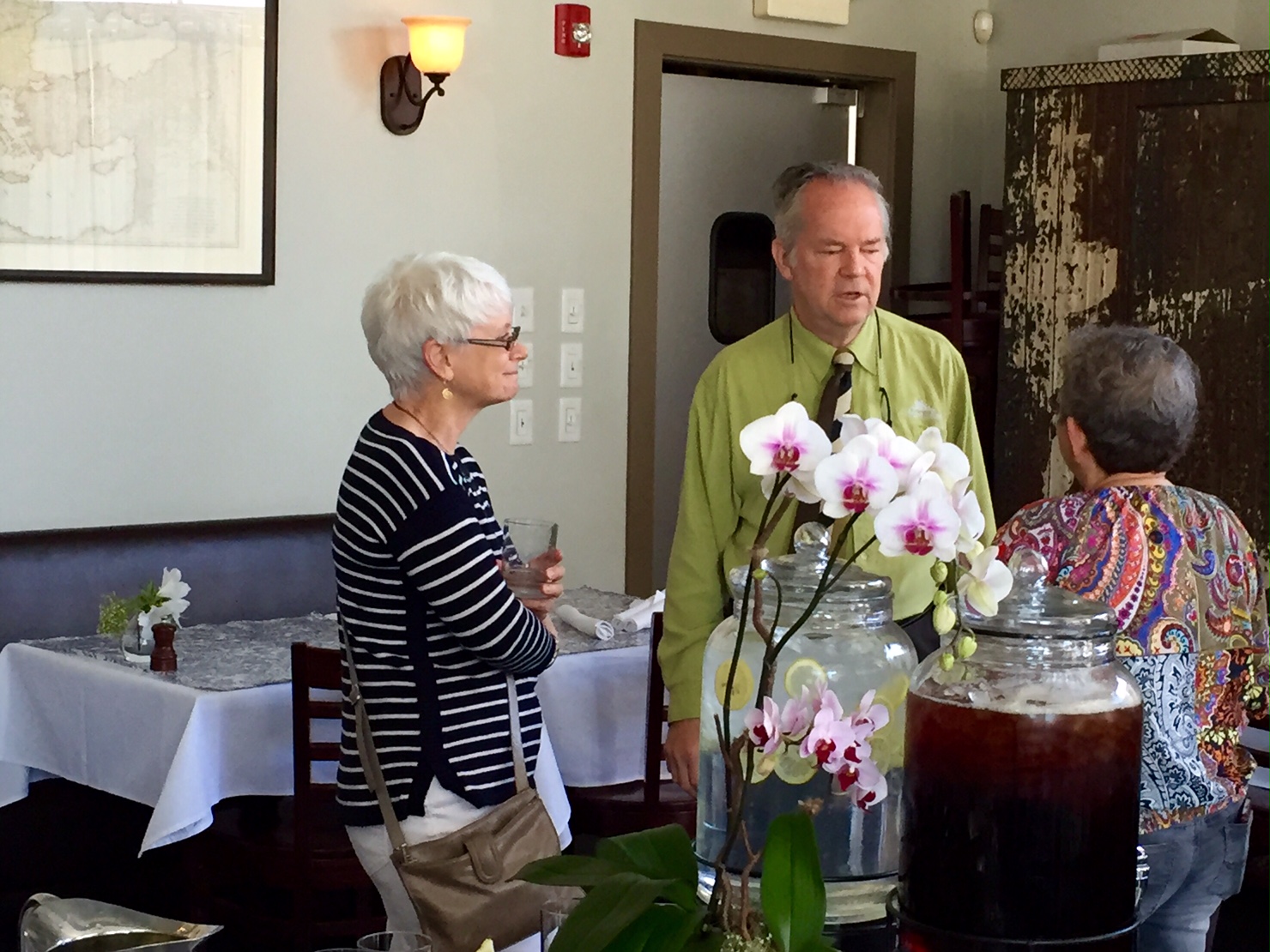 They say that it takes all kinds, and recipes are contributed by many of them. Former mayors Heidi Davison (zucchini cake) and Gwen O’Looney (Irish bread from the family recipe box) contribute. Widespread Panic bass player Dave Schools offers a soup “infused with the flavors of Mexico.” Lawyer Paige Otwell even shares her recipe for doggie biscuits.

Southerners love a story, and many of the bios included with the recipes will appeal.

Mike Musgrove ends the cookbook on a fun note with a recipe for Sophia LoRent’s Cosmo-Peepletons, a cocktail for which “fresh Peeps are a must.”

Olivia Chelko-Long, executive director of AIDS Athens, was clearly excited about the book being completed. “It came at a great time as we move into a new facility,” she said. “It speaks of the changes we are going through now as a non-profit. We teach our clients to be self-sustaining, and we need to teach ourselves, too.” 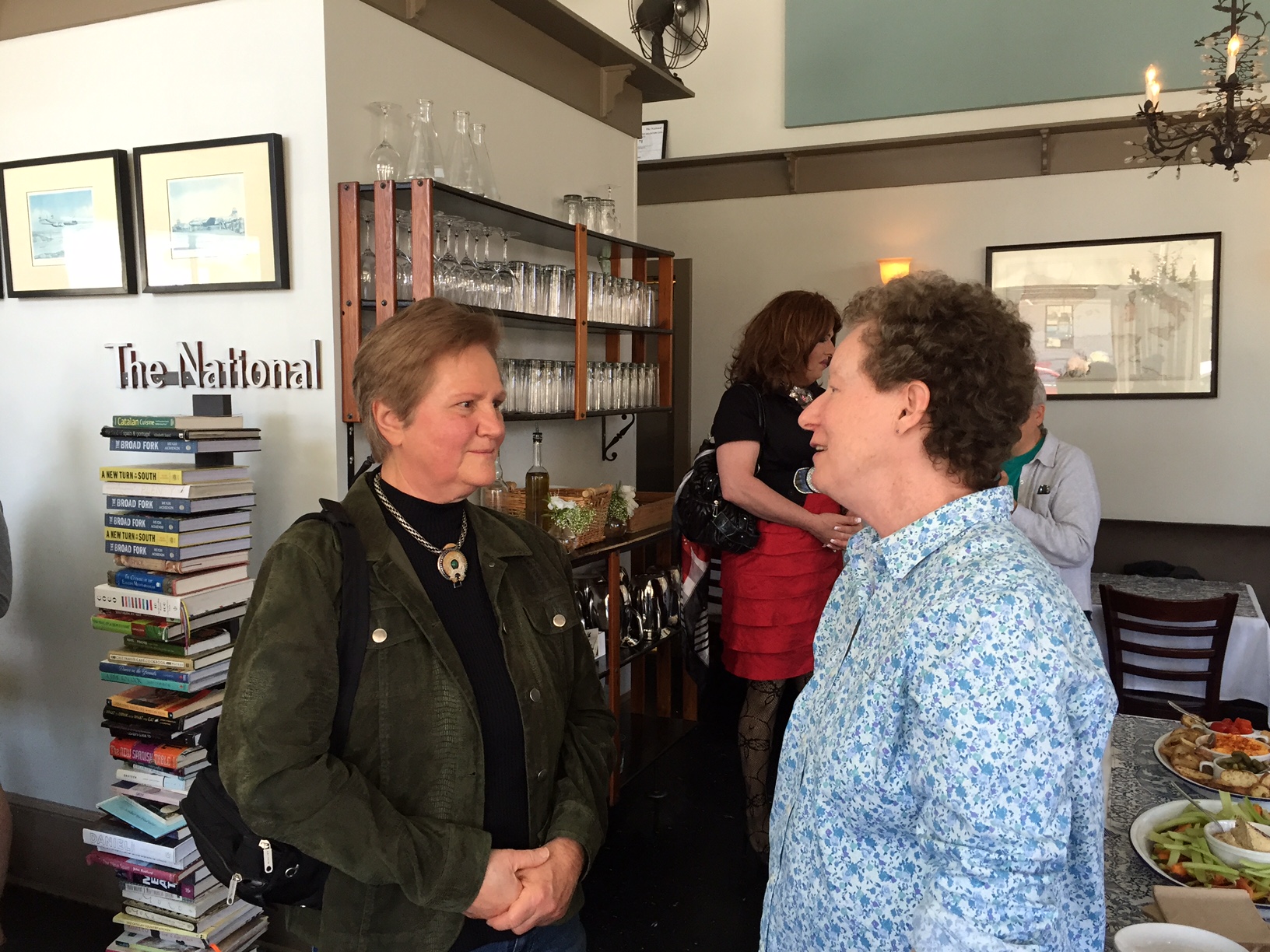 The organization has printed only 500 copies, but is already considering a second printing. As a former retail owner, I know a best-selling holiday gift when I see one. Get your copy now, plus one for your mom and another one for that uncle who loves to entertain.

“Athens Eats: Recipes from the Classic City” can be purchased at Aurum Studios, Avid Bookshop and home.made. For more information about AIDS Athens, go to aidsathens.org.

Athens Power Rankings for the Week of Apr. 4