Old Fire Hall No. 2, the headquarters of the Athens-Clarke Heritage Foundation, was recently the site of yet another discussion of history, change and preservation. This time, the historical gem in question wasn’t a landmark building. It was  Little St. Simons island, that rare 10,000 acres of undeveloped wilderness off of the coast of Georgia.

The event was a reception for Athens-based landscape painter Philip Juras and his newly released book, The Wild Treasury of Nature: A Portrait of Little St. Simons Island. The party and book signing was organized by Avid Bookshop. 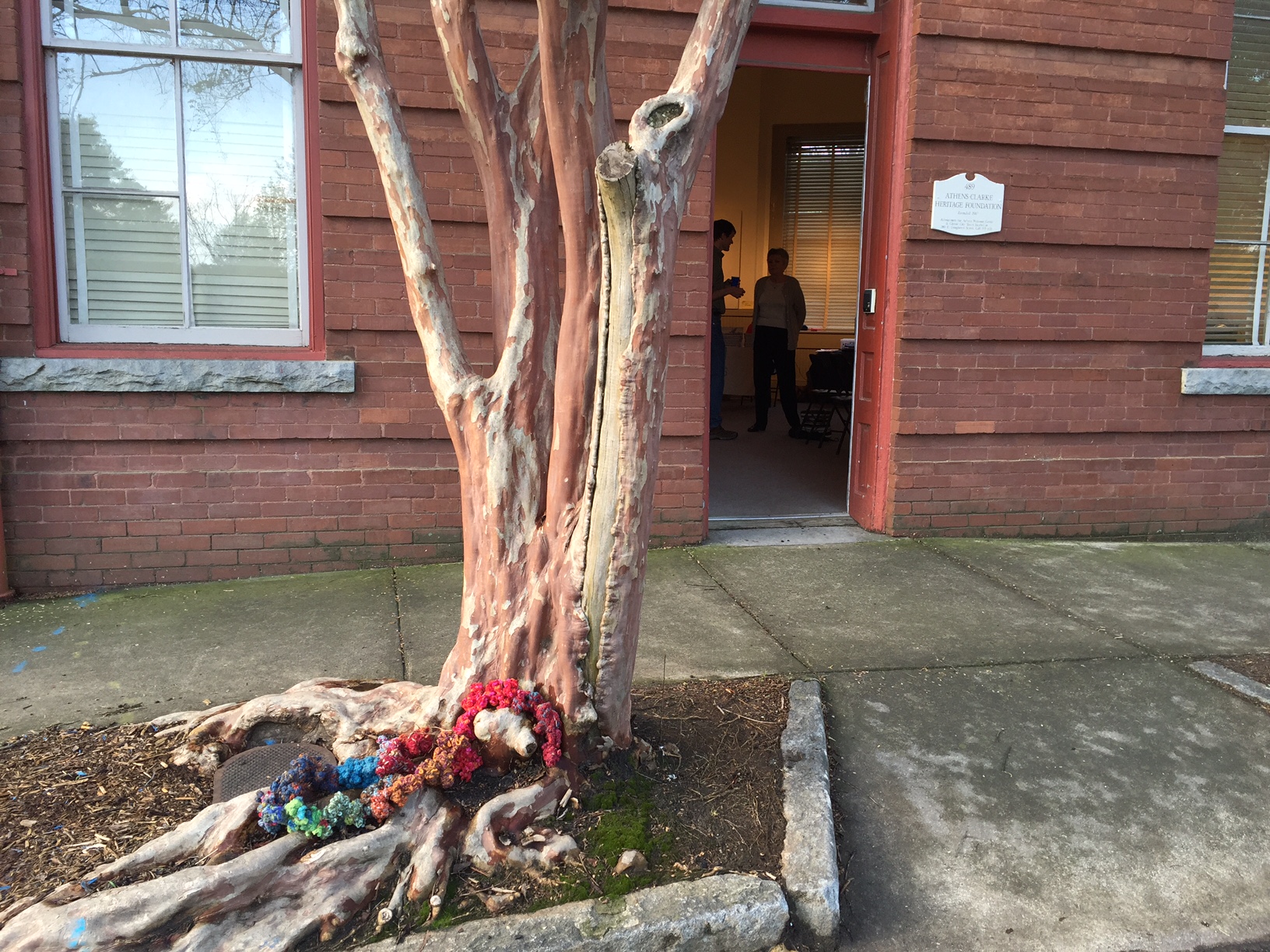 A yarn bombing, soggy from the rain, greeted guests.

The Wild Treasury of Nature, published by the University of Georgia Press, features color prints of detailed oil paintings as well as studies of the island. It also includes essays written by Juras, Dorinda Dallmeyer and Janice Simon. Dallmeyer and Simon were on hand to discuss the book and celebrate with friends, neighbors and Juras groupies that night.

“I’m going to take you on a tour of Little St. Simons Island,” Juras began. The artist, who has a BFA  in drawing and painting and a masters in landscape architecture from UGA, looks like a teenager, with his thin frame clad in baggy jeans, his hands often  thrust into his pockets and his shy demeanor. He gushed enthusiastically about the landscape of the island, obviously in love with its muhly grass, its marshes, its big skies with their endless variations and its wild history.

“What I hope to share with the viewer is what it actually feels like to stand in that place,” said Juras about his work. “When you look at the painting, you will get  the subtle clues you need to step through the canvas and into the landscape beyond.” 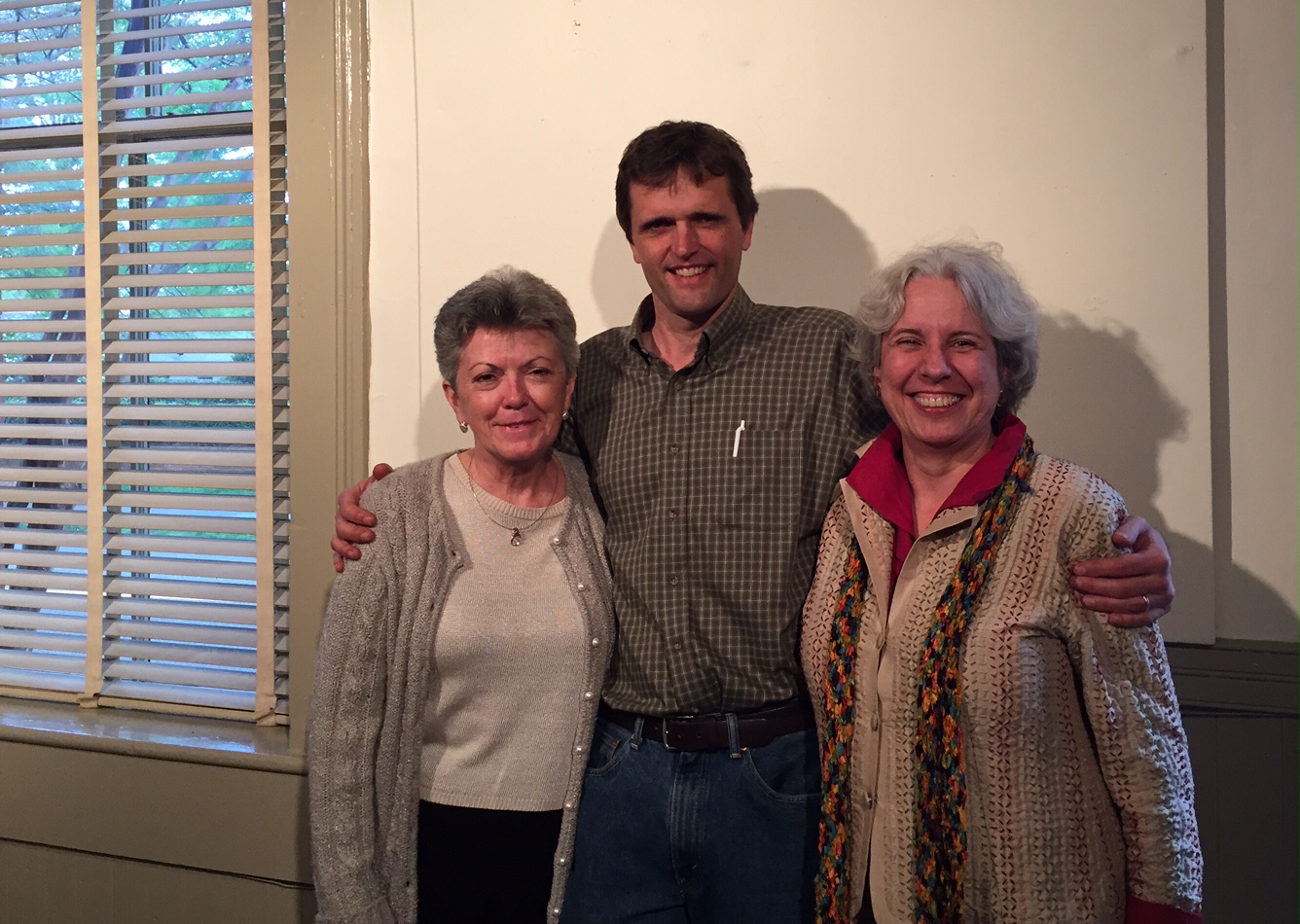 Dallmeyer, Juras and Simon at the reception.

Juras visibly enjoys sharing his process. He took his audience from the first marks to the final touches of his luscious painting “Seaside Golden Rod.” Juras shared images of the painting as it evolved from a roughed in layer of neutral color, depicting simple shapes and shadows, to the final work, adding more color and detail as the painting developed.

When an audience member asked, “How do you know when you’re done?” Juras replied, “When it’s got a balance between being a painting or an image and conveying my ideas.” He then added, “You can go too far with detail sometimes.”

Juras has a gift for creating a meticulous representation of a place, while also creating a work that succeeds as a pure painting. His paintings appease the demands of conservationists, while breathing beauty and sensuality on the canvas. 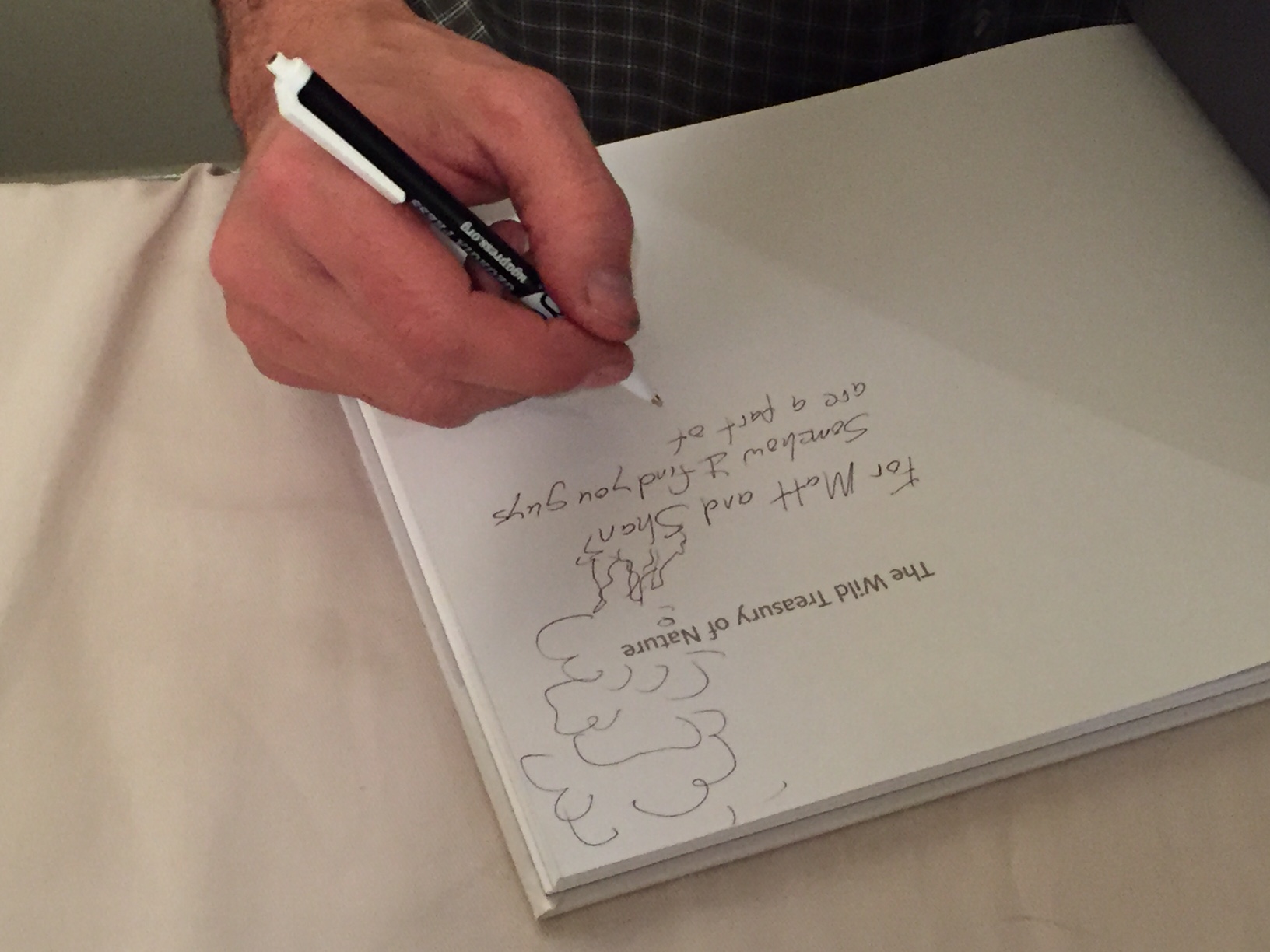 The book signing was hosted by Avid.

Simon, Meigs Associate Professor of Art History at the Lamar Dodd School of Art, lauded Juras for creating “an ecological portrait that goes back to what the 19th-century artists had done.” Simon has studied Juras’ work extensively and feels that he continues and develops the landscape traditions of John Frederick Kensett and Frederic Edwin Church.

Dorinda Dallmeyer, director of the Environmental Ethics Program at UGA, said about the book, “It’s a template for thinking about the future and not just what the past was.”

After the talk, the three signed copies of the book. 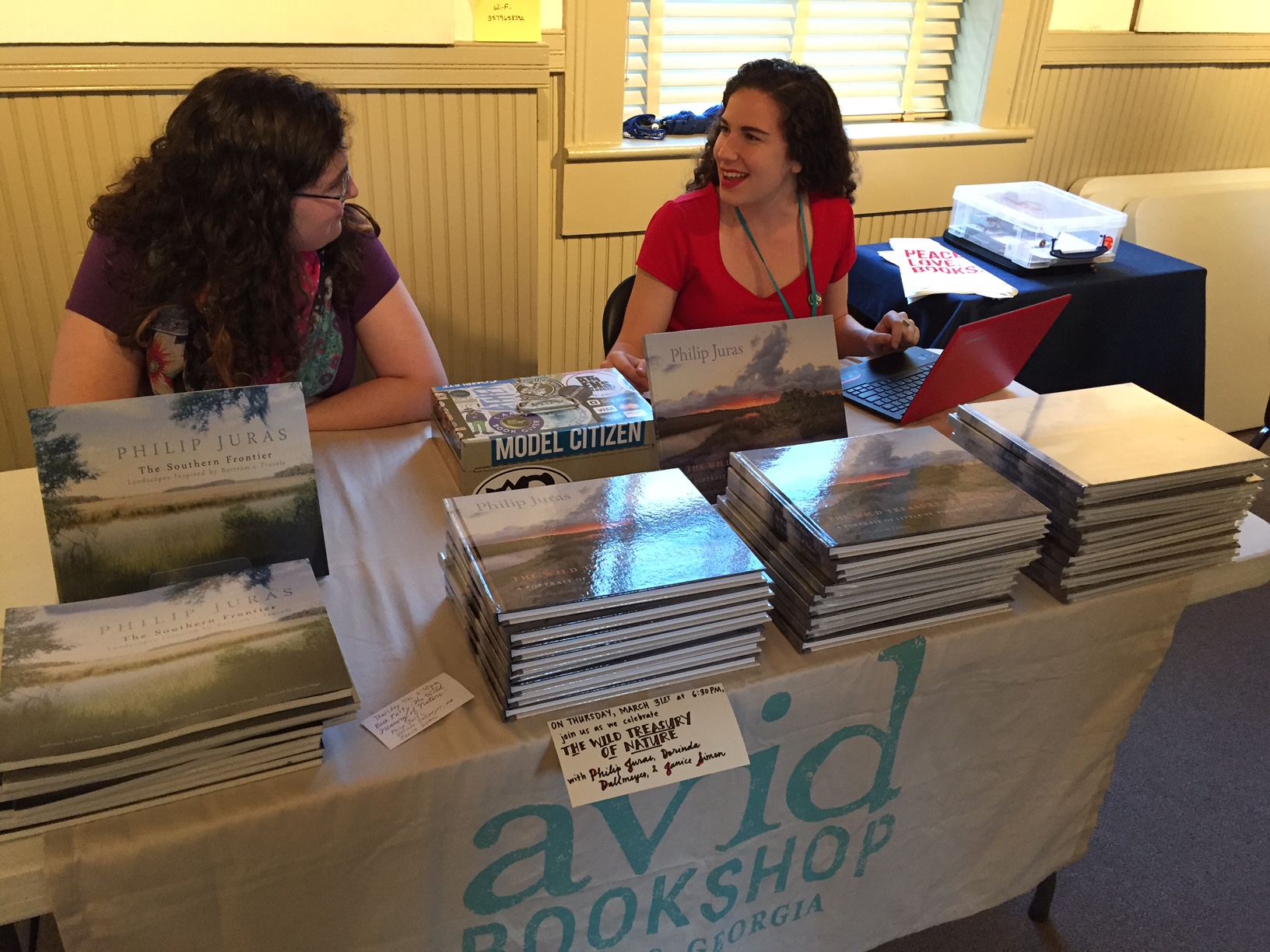 Rachel Kaplan helped organize the event and stressed the importance Avid places on featuring local authors and artists. “It’s great to give them a place to talk about their art.” Tonight Avid hosts a reception for local ornithologist David Sibley, in celebration of his most recent field guide, at Ciné at 6:30 pm. For more information, visit avidbookshop.com.