I have known artist and musician Vernon Thornsberry for many years now, mostly from late nights on the dance floor at the 40 Watt or Go Bar. I know his gentle smile, his easy humor, his grace and his kindness.

But on Saturday night, at the reception for “The Work of Vernon Thornsberry,” I realized that I don’t really know him at all.

Walking into the old Firehall No. 2 on Prince Avenue, my jaw dropped when I saw the work on display. The impact of seeing a room full of Thornsberry’s paintings was overwhelming—because the beauty of each work is so very quiet. They whisper. But when 27 of them are shown at one time, their power is undeniable. They knock you over.

You realize that this soft spoken man, this sweet guy on a scooter,  this “Athens personality” is also an extraordinary painter. 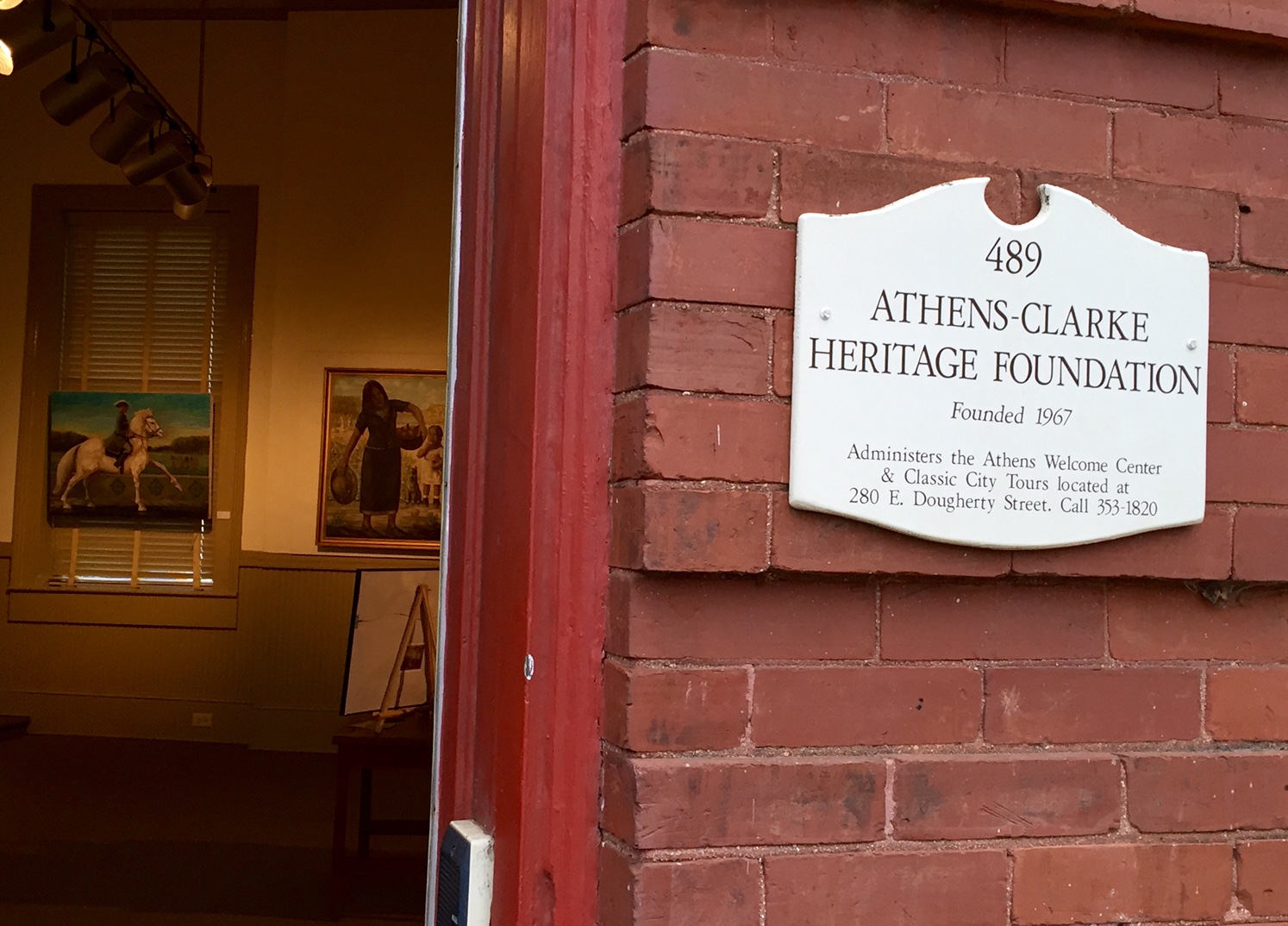 The Old Firehall was a good setting for Thornsberry’s works.

The reception was going full throttle from before the “beginning” to after the “end.” Hundreds of friends filed past the old brass fireman’s pole to wish the artist well. The red brick building hummed with conversation. On this mild February night, the party even spilled out onto the sidewalk, dimly lit under a hazy but near-full moon.

The paintings, with their consistently muted palette, have great elegance and seemed very much at home in the restored firehall, hanging above the putty colored wainscoting.

And the paintings seem ageless. Their timelessness results, in part, from details like clothing, horses, classical temples and other elements from the past that Thornsberry  likes to include even in works depicting modern people and places. In “The Englishman,” a man in 18th-Century dress on horseback crosses a bridge while bikini clad nymphs frolic in the water.

“I wanted to make an old-timey vase,” he said about one depiction of flowers. Boy, can he do flowers (and old-timey). The traditional vase in muted blue is decorated with a woman in a short skirt walking a white dog.

The works, like the man, possess an endearing innocence and honesty. 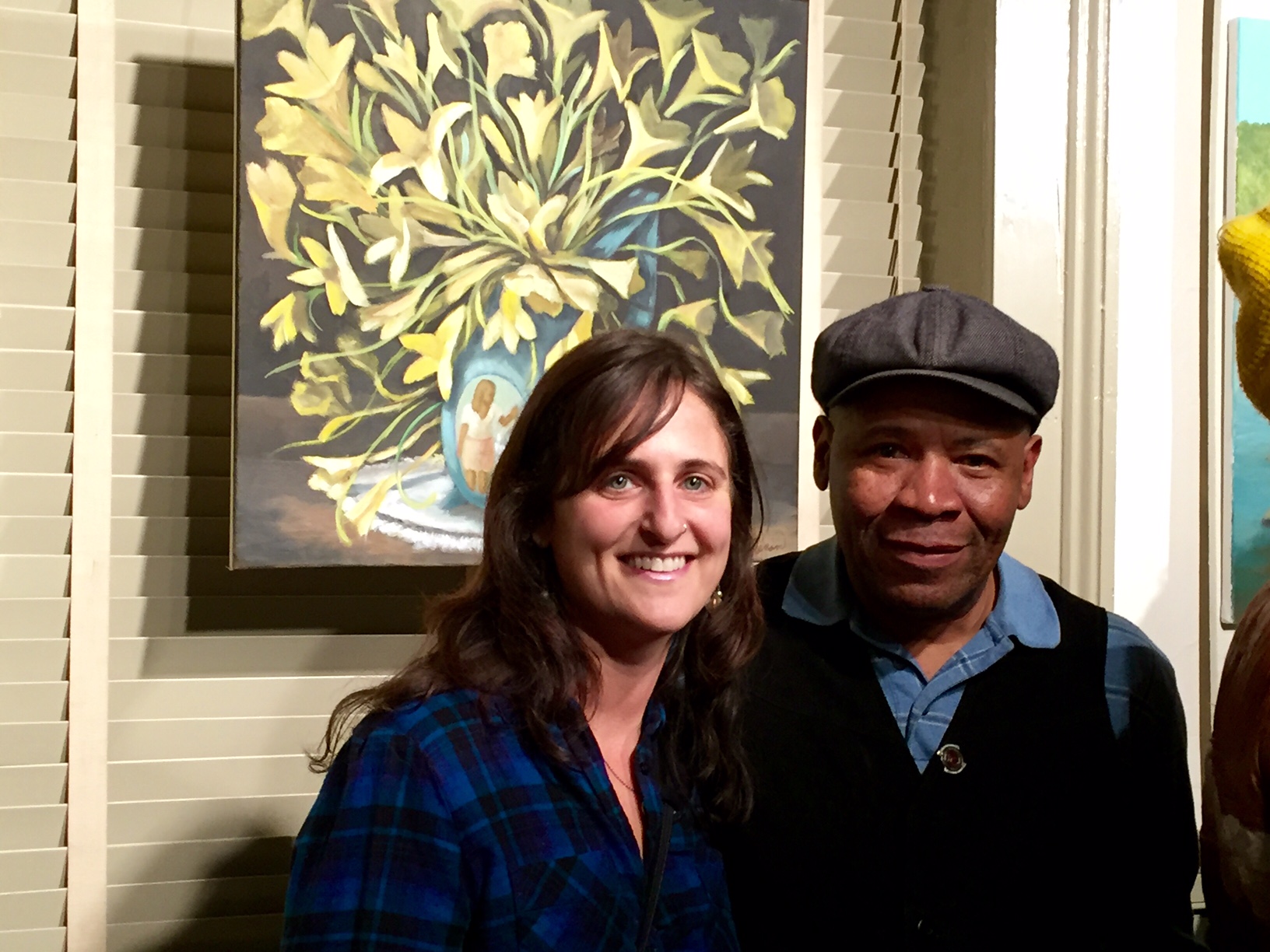 Michelle Berzack and Vernon Thornsberry became friends while working at The Grit.

Largely self-taught, the artist hails from New Orleans. When asked about his influences, Thornsberry proclaimed, “I learned from Michelangelo, Raphael, Leonardo and Van Gogh. By looking.”

A self-portrait by the artist has a directness that recalls portraits Van Gogh did of the postman Roulin, with the same delight in brushwork and floral detail.

Playfully, Vernon tucks himself into many of his works. “The Grit” depicts the back of the restaurant in an almost timeless street scene. Vernon sweeps and hauls the trash in the right corner.

Thornsberry rarely shows his work. Indeed, this exhibit was organized by others out of necessity. The artist, who works two day jobs, was having trouble finding an affordable place to live and work. Paige Cole got involved in helping Vernon strategize about his tight financial situation. 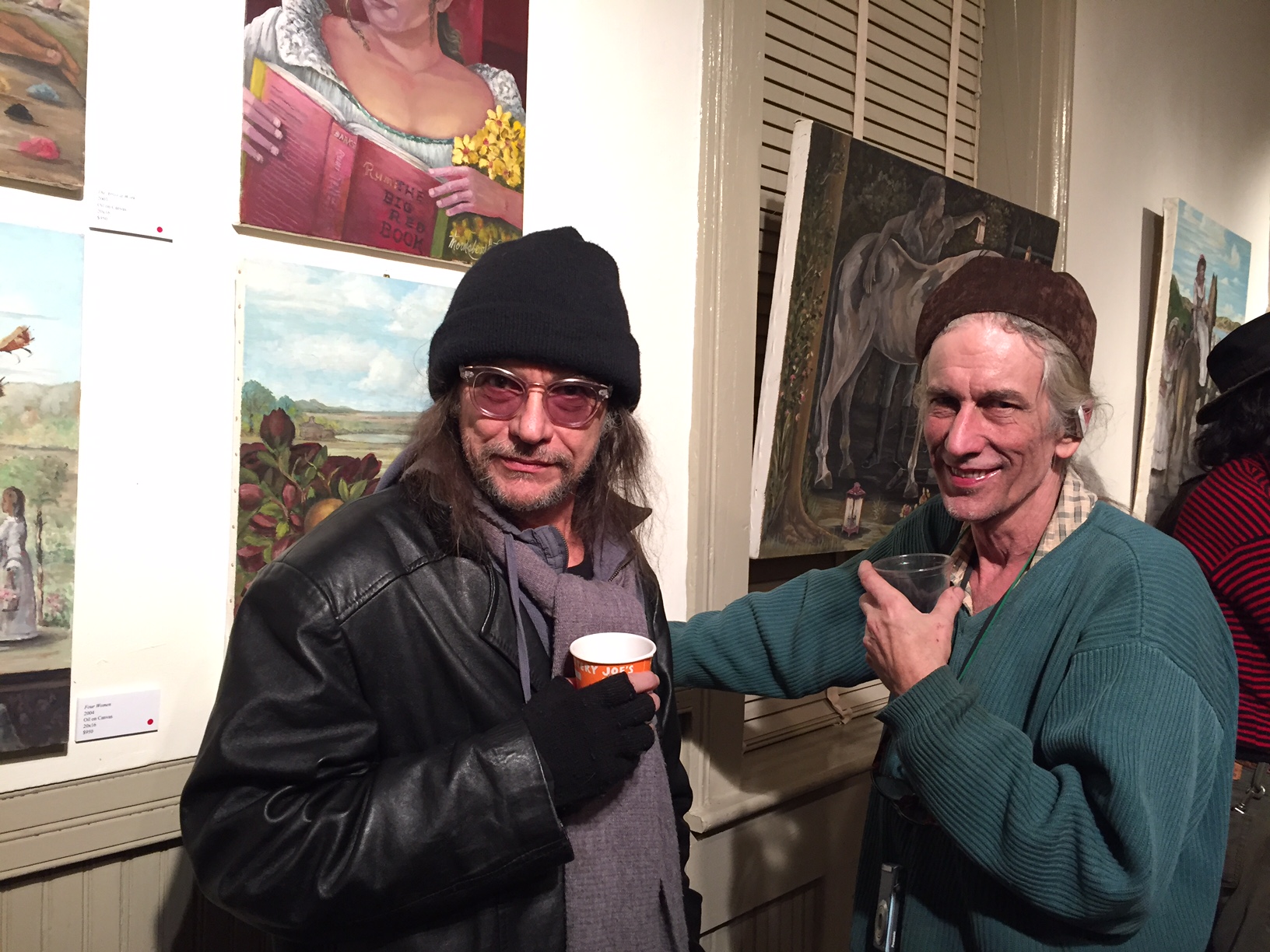 Bill David and “Rick the Printer” at the reception for Thornsberry.

Cole credits Prisca Zaccaria with the idea to hold an exhibit. “We decided to approach this as a show and not a fundraiser. Prisca really put her finger on it; Vernon is a real artist, not a charity case. She gave him the confidence to do this based on his talent.”

Paige credits having a good team of people with pulling the event together, including curator Hope Hilton, Charlie Mustard, Jill Carnes, Robbie Cucchiaro and Erica McCarthy.

Almost all of the works in the exhibit, which has already been taken down, sold. Prints of favorite paintings were also for sale that night. “The show is a big step,” Cole said. “He looks like a serious contender now” for an in-town home through Athens Land Trust. 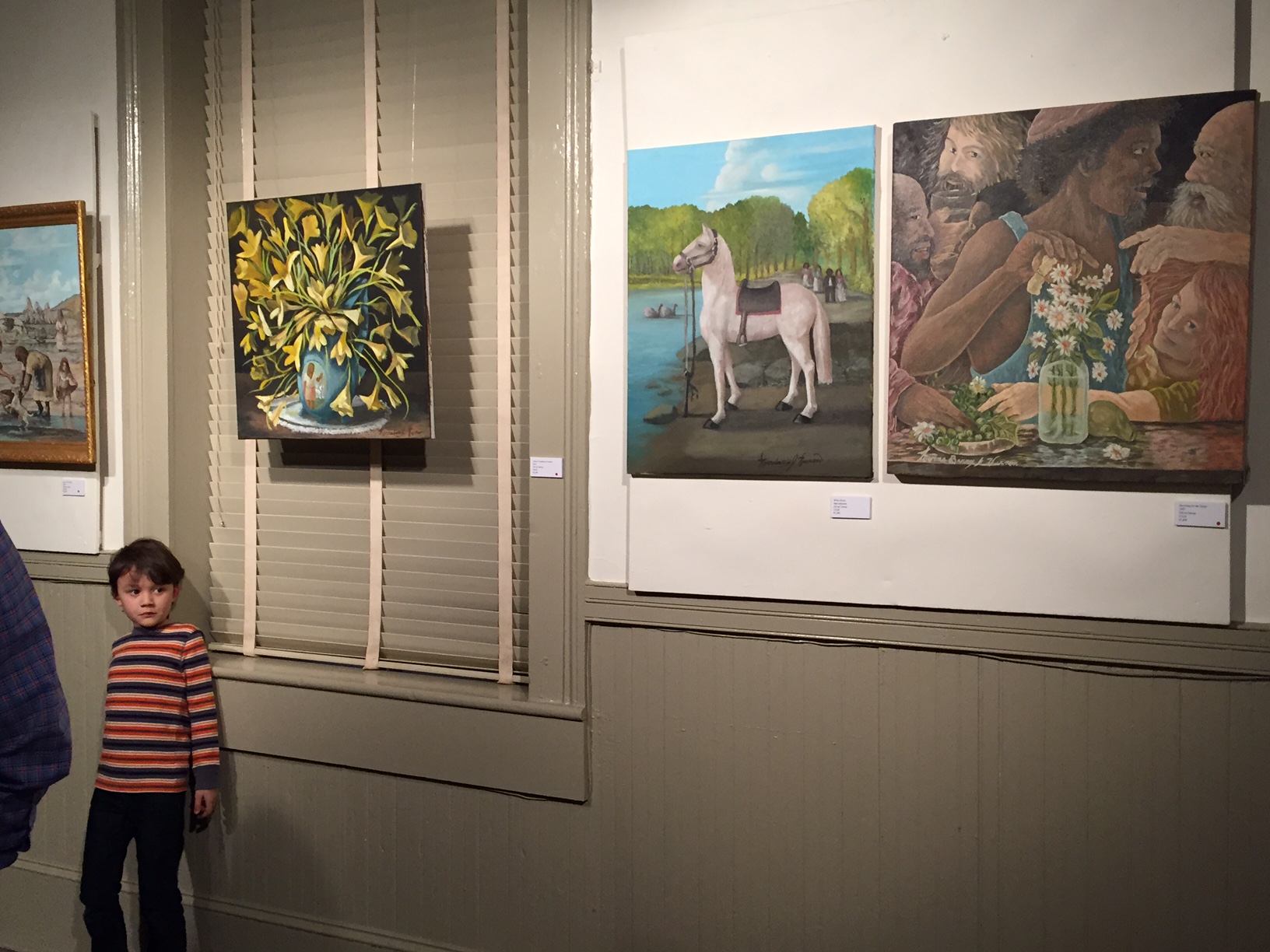 The reception was attended by young and old.

Vernon’s personality drew many of the attendees to the show. Vernon’s art rewarded them deeply. No doubt, years from now, those of us that came will recall the special sweetness of this night and say “I was there.”

For more information about Vernon Thornsberry, go to vernonthornsberry.com.

Athens Power Rankings for the Week of Feb. 22