Over 120 works of art by Georgia artists are on display at the Oconee Cultural Arts Foundation (OCAF). In spite of that, there is still plenty of empty wall space.

The red brick school house opened its doors Friday night for a reception to celebrate the opening of the Sixth Annual Georgia Small Works Exhibit. The paintings, photographs, ceramics and mixed media pieces in the show share one thing in common: They all measure 14-inches-by-14-inches or less.

The show of small works drew a large crowd. A number of attendees mentioned that evening that they were there to shop, as the smaller-sized works, in most cases, came with smaller price tags. Watercolorist and high school art teacher Leigh Ellis, whose work is in the juried exhibit, says that “OCAF has good sales because of the smaller pieces.”

She went on to praise the exhibit for a number of reasons, stating that “It’s a high-caliber show. It pulls a lot of local talent, it’s competitive, and it’s diverse.”

William Johansen, who taught drawing and painting at the Lamar Dodd School of Art for over 30 years and is now retired, juried the show. His selection showcases a range of media and styles from the area.

Sarah Pattison has two tiny watercolors in the exhibit: Blue Ridge Moon and Spanish Moss.  Pattison often works on a small scale, creating vignettes of the natural world and domestic interiors that reflect her imagination and playful nature.

Other artists broke outside of their comfort zones to create smaller works specifically for the exhibit.

Fiber artist Erika Lewis usually works on a larger scale but will occasionally set up a narrow warp on a loom. “You would think it would be less work, but it’s not,” she says. Lewis owns a weaving studio on the grounds of her historic home in Athens and teaches classes there. About the time consuming process required to create Take Off, the 8-inch-by-10-inch weaving she contributed to the show, she says, “It keeps me out of mischief.” 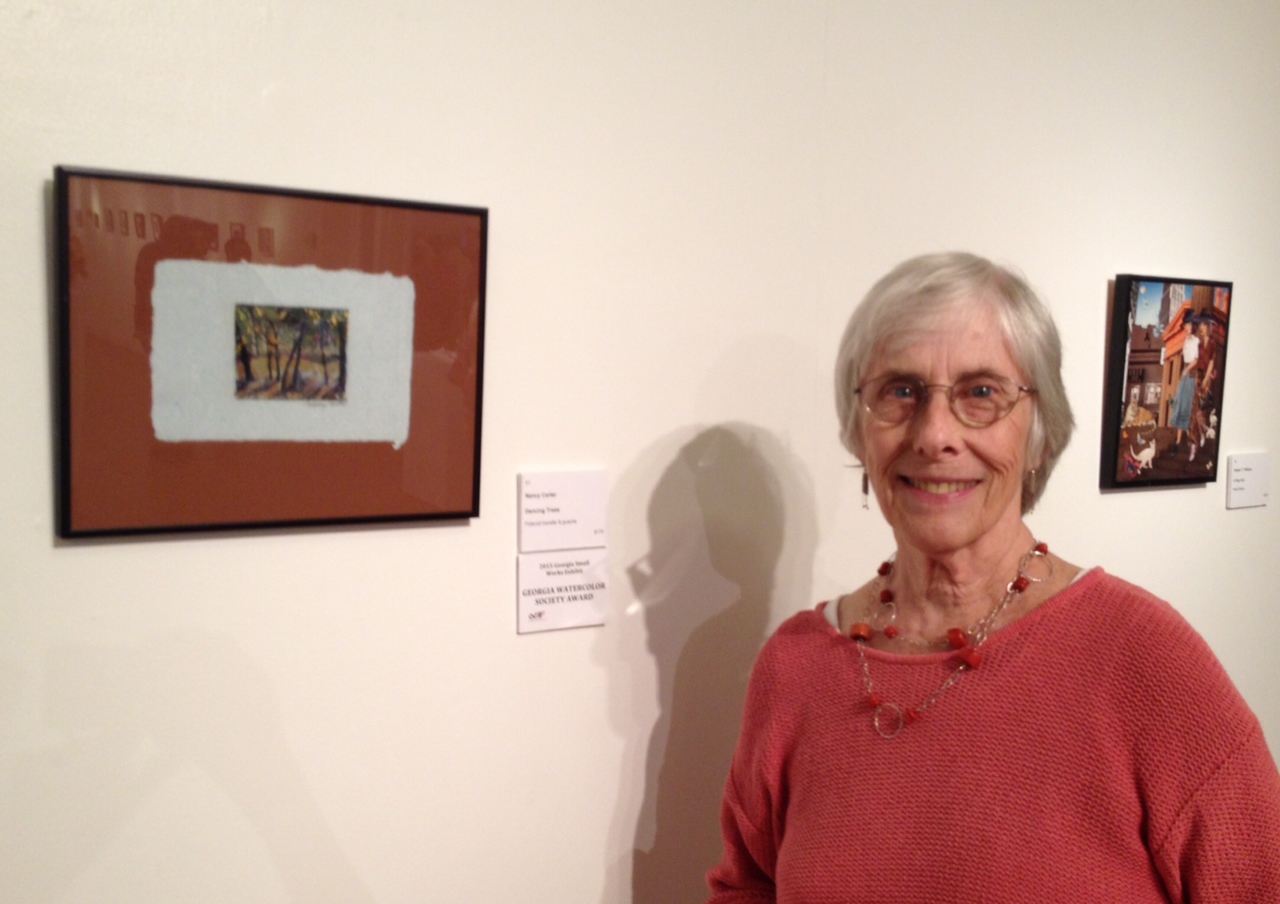 Highlights of the show include a series of 6-inch-by-6-inch acrylic and mixed media abstractions of cows by Laura Miller; Pop Pop Poppies, a painting by Carol Nourse of flowers that glow with intensity against a black ground; John, a portrait of a beloved local by Abner A. Cope; and Light Crossing and Dark Crossing, steel cruciform sculptures by Jon Mehlferber.

But there is lots more worth checking out, including an exhibit at the adjacent Member’s Gallery of works by Watkinsville watercolorist Kie Johnson. 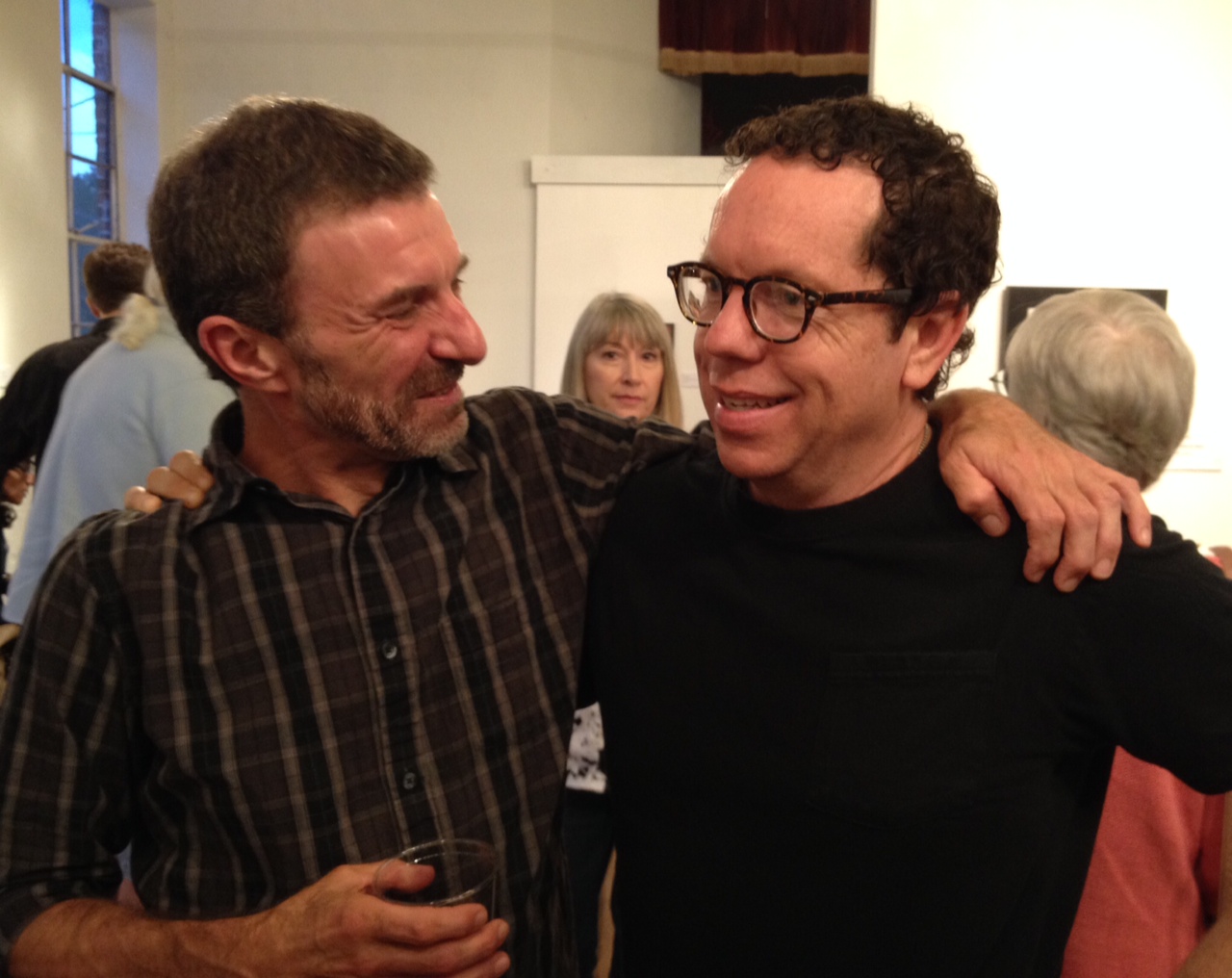 Photographers Stefan Eberhard and Sean Dunn at the opening.

The 2015 Annual Georgia Small Works will be on view at OCAF through Friday November 13. For more information, go to ocaf.com.

Athens Power Rankings for the Week of Oct. 12

A Few Highlights of Athens Intensified 2015