Musician Eddie Glikin in front of a portrait of Michael Stipe taken by Jeremy Ayers.

“I’ll Be Your Mirror” captures a magical moment when youthful beauty, quirky personalities, creative energy, a flair for thrifting, a penchant for dress-up and musical innovation all collided right here in our dusty little town and forever changed it—and the world.

The Art Rocks Athens Foundation, whose mission is to document and promote Athens’ deeply connected art and music scenes’ heyday, popped open its offerings for 2015 with a photo exhibit and reception on Friday night.

“I’ll Be Your Mirror: Images from the Athens Scene, 1975–1985,” housed in a temporary space at 1225 S. Milledge Ave. next door to The Pine, features photographs by Keith Bennett, James Herbert, Michael Stipe, Jeremy Ayers, Matt Parker, Curtis Knapp, Terry Allen, Sandra Lee Phipps and many others.

Phipps, who teaches photography at the Savannah College of Art and Design in Atlanta, was the curator of this entertaining and often lovely trip down memory lane—or window into another world if you’re under 40.

Phipps was an art student at UGA in the early ’80s when she met the young members of a band called R.E.M. and started documenting them. “Pete [Buck] would be saying, ‘I don’t know how to play guitar,’ and I was like, ‘I don’t know how to use a camera,’ but we figured it out,” she says. Apparently so.

Phipps went on to take the now iconic picture of the railroad trestle featured on the back of the band’s LP Murmur. That photograph, in its un-cropped state, is on view at the  ARA pop-up gallery in Five Points. The organization, which seems fond of wordy titles, is calling the temporary space Art Rocks Photo and Film @ 5.

Not everyone depicted in the exhibition ended up becoming a rock star. One of the show’s strengths is that the images capture the mood and feel of Athens and its young artistic community at the time. The works often succeed on their own, regardless of who or what is in them.

Rick Hawkins has his own small room downstairs, and his pieces have a timelessness that transcends the era. Many of his works look as if they could have been taken in the 1940s—or today. There is a quietude to them; they often exude a sense of reverence and of peace. “Dori and the Baby at the Print Shop” is a heartbreakingly beautiful mother and child image.

Hawkins, who is perhaps better known in Athens as “Rick the Printer,” also shows a series of portraits of a thoughtful young Fred Schneider perched at a bar with a beer and shot in front of him. The images are standouts in a sea of stills and film of the B-52s. Footage of the band was featured prominently in ARA’s two film showcases over the weekend. From their first road trip to NYC and touring in the family station wagon to Cindy Wilson’s humorous teen dramas, it was clear that “the Bs” loved cameras, and the cameras loved them right back. 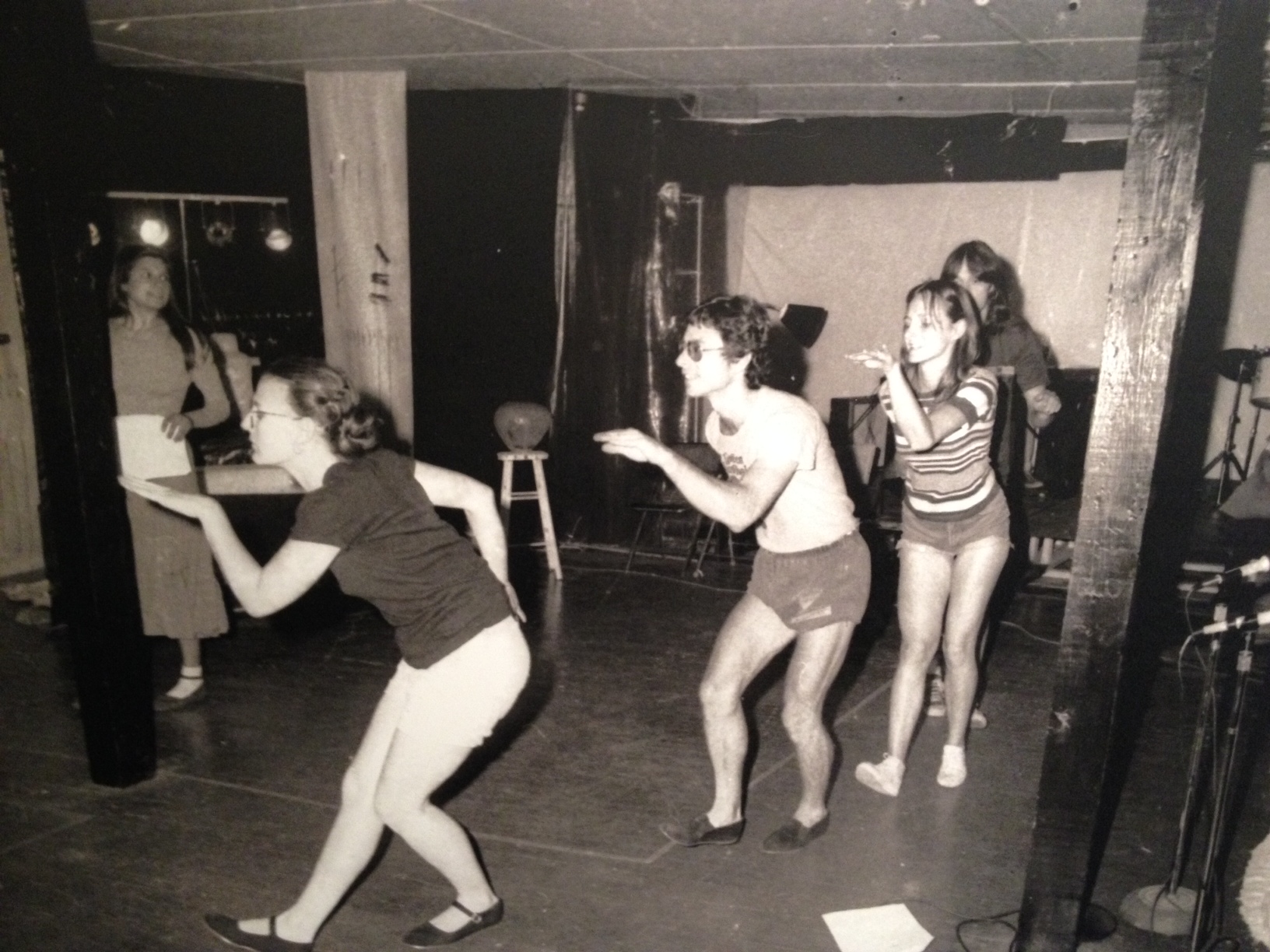 Detail of a photo by Rick Hawkins that captures the mood of the era.

And Athens itself was the rock star of some photographs. Eight images by Shelly Wischhusen depict the downtown landscape of old. Wischhusen, who is now chief preparator of The Phillips Collection in Washington D.C., was often seen as a student trekking around town with her camera in tow. According to Robert Croker, her former professor at Lamar Dodd, “She has hundreds of these. She’s got beautiful, beautiful photographs of Athens… she was all over the place.”

Wischhusen’s photos include images of an old Five and Dime store, filled with pointy bras and stacks of knitting yarn, and the original Last Resort. Viewers on Friday night enjoyed trying to identify where each image was taken.

“I’ll be Your Mirror” has lots of joyful notes, including sweet images of Bob and Vanessa Hay in the glow of youth and new love. But there are sad ones as well. One wall is devoted to photographer Carol Levy, who died in the early ’80s while still a student at UGA.  Phipps’ life, like that of other fellow art students at the time, was forever changed by this terrible loss. Michael Stipe has two photos in the show, but also collaborated on a third piece with Phipps that is a tribute to Levy. A photograph of Levy taken by Phipps is accompanied by handwritten lyrics to the R.E.M. song “Camera,” which was written about the young artist.  A small photograph of a red dress is also included in the show; the image was Levy’s self-portrait.

Art Rocks Athens and exhibits like “I’ll Be Your Mirror” ensure that the scene depicted and its people will be remembered. For information about the show’s hours, visit artrocksathens.com.