The Clements’ home has a fairytale feeling.

The warmth felt in Bob and Claire Clements’ home this past Saturday afternoon was both literal and metaphorical. The high temperatures inside that day were due in part to the overwhelming turnout of people for the event the couple hosted, an Artists in Residence fundraiser for public radio station WUGA-FM. And that large crowd was due to the overwhelming love the local community has for the two artists.

“They are an inspiration to me,” said one young painter, a sentiment that was repeated by numerous attendees when asked why they were there. “[Claire] knows so much about so many things, and has taught me so much,” said another.  Many guests mentioned the couple’s deep commitment to supporting local artists and their dedicated attendance at openings and shows.

A sculpture by Harold Rittenberry is one of many delightful surprises on the grounds.

Dr. Lynn Boland, the Pierre Daura Curator of European Art at the Georgia Museum of Art, echoed these sentiments in a talk he gave midway through the afternoon. “They are such strong supporters of the arts in town in every possible way.”

Boland, exhibiting his almost boyish enthusiasm for talking about art and art history with typical energy and wild hand gestures, discussed the two artists and their contrasting approaches to nature. Claire, who founded the local Plein Aire Painters group, experiments mostly in the studio and has recently worked in organic layers of cut paper, often printing the paper with dried botanicals. Bob, a painter and sculptor who has numerous public commissions displayed throughout the US, tends to paint beloved subjects like canola fields, cherry blossoms and queen anne’s lace outdoors. 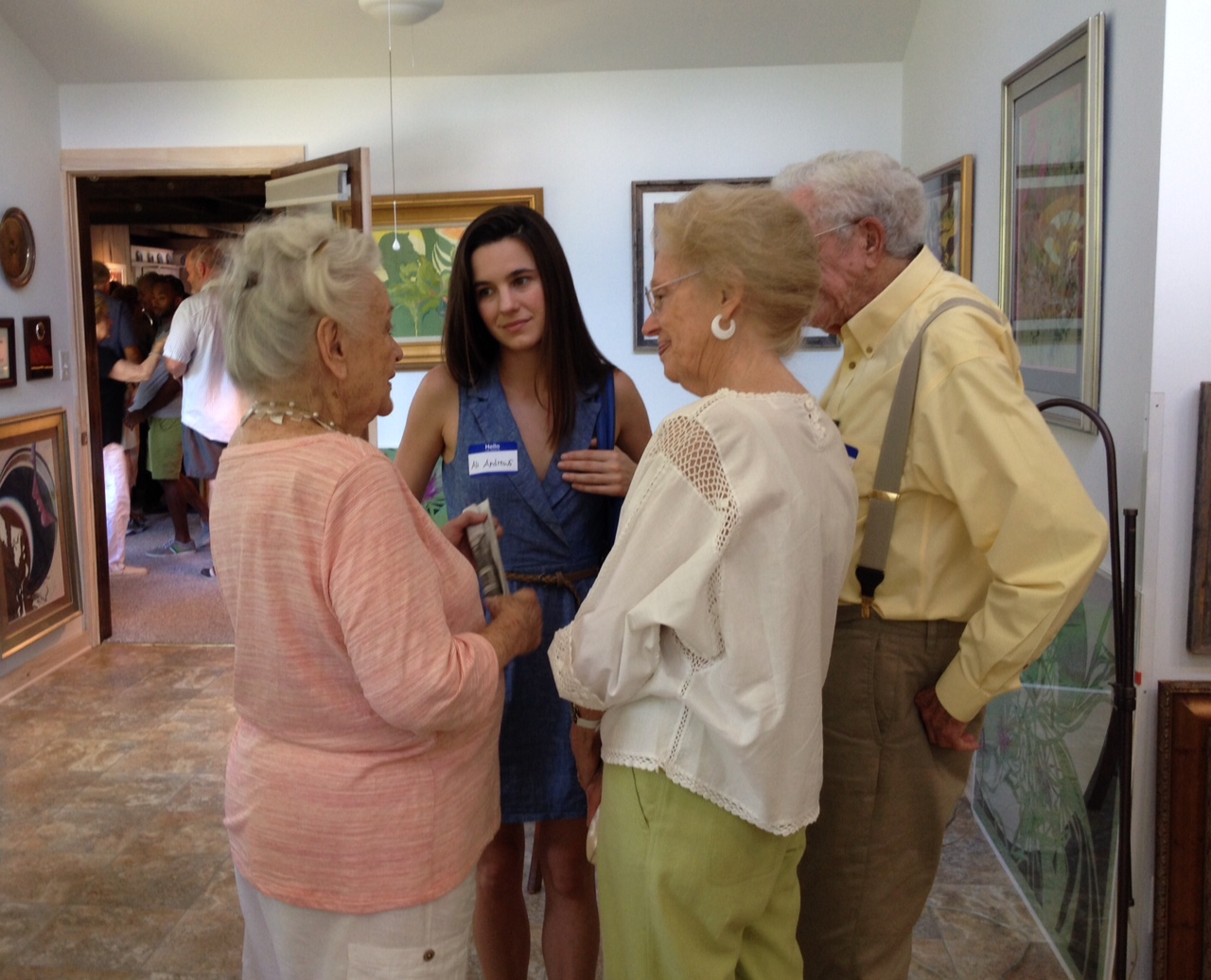 Visitors entered through the bright studio, a recent addition to the home.

The couple, who met at Carnegie Mellon University as undergraduate students, moved to Athens in the late ’60s when Bob was hired by the Lamar Dodd School of Art at UGA. The pair helped design their home with architect Howard Zornig; it was completed in 1972 and is a barrel style house. Two intersecting barrel forms create a comfortable and livable space with an open center that is the heart of the home. 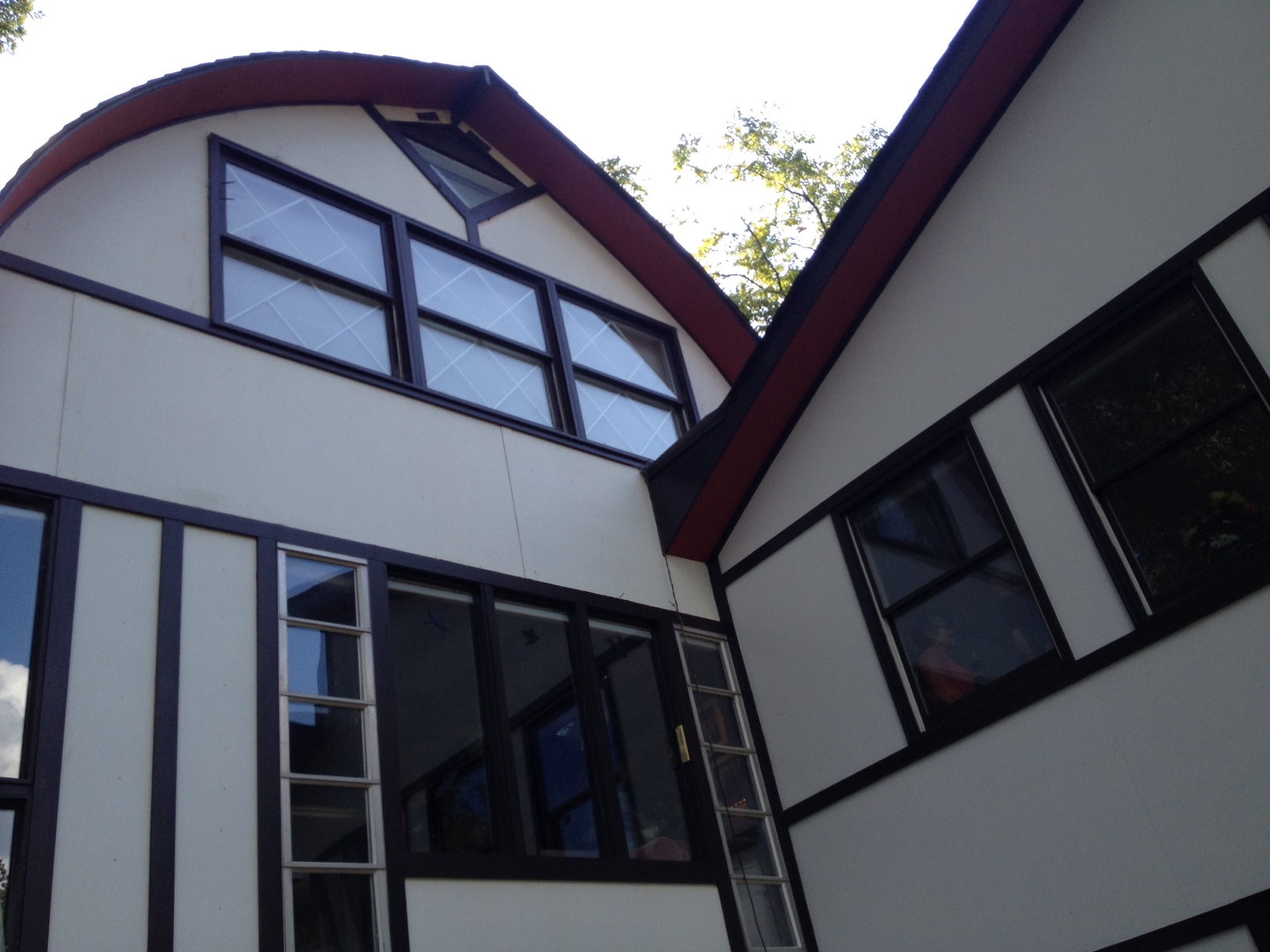 Another view of the home brings Mondrian to mind.

Folkloric details on the interior and exterior, such as overlapping shingles and thick beams, lend interest and coziness to the space. The view of the upper level of the home brings to mind a Viking ship. A mix of vintage Danish Modern furniture, antiques, and works by local artists and the Clements themselves add further visual interest to the home.

Sculptures by Bob and other local artists including Harold Rittenberry are positioned throughout the extensive, partly wooded grounds. With their motifs of horses, birds and dancing human figures, the works add notes of surprise and make a stroll on the property an experience.

Dr. Boland mentioned Bob’s sculpture “Musical Gambol” in his talk that day. Gambol is a word, he explained, that means “a fun and playful kind of spirit that I think is an undercurrent of their life.” The home, work and personalities of the Clements’ do indeed radiate a joyful energy.

Hear a Song from Kite to the Moon’s New Album