The Flagpole Guide to the NCAA Tournament 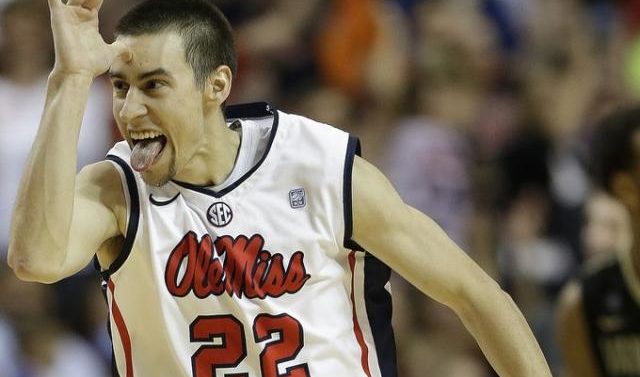 If you’re like 75 percent of the Flagpole office, somebody is trying to talk you into joining an NCAA Tournament pool, but your only experience with sports is playing cornhole at Little Kings. We’re here to help. Here’s your Hipster’s Guide to Filling Out a Bracket, brought to you by a couple of hipsters with a wee bit of sports knowledge. (Or, at least, a highly developed ability to fake it.)

To win, you gotta pick the right upsets. Think of the underdogs as Arcade Fire at the Grammys and the top seeds as Katy Perry.

A No. 1 seed has never lost in the first round, ever, but 12-seeds beat five-seeds all the time, and the same goes for 11- and 10-seeds. Honestly, you can just pick four or five upsets at random, and you’ll probably get as many right as your coworker who stays up past midnight for the West Coast games on ESPN. If you feel like doing some research, though, pick teams with really good three-point shooting. (They might get lucky.)

Blake Aued: Of course, I’ll be picking my Ole Miss Black Bear Land Shark Rebel Alliance (who got robbed by the selection committee after winning the SEC tournament) over fifth seed Wisconsin. Big Ten basketball is insufferable, and the Badgers are the worst of the lot. If I wanted to see a team score 38 points, I’d watch football.

Ole Miss, on the other hand, is one of the highest-scoring teams in the country. And they have college basketball’s arch-villain, Marshall Henderson, an ADD shooting guard who launches threes with no conscience whatsoever and, when they go down, loves to troll the other team’s fans. (He did the Gator chomp after beating Florida on Sunday.)

Gabe Vodicka: I’ll agree that your Rebs are underseeded, but they’ve got a tough matchup with defensive-minded Wisconsin, soul-crushing Big Ten monotony aside. Henderson is mentally unstable and is gonna crumble on the big stage.

GV: I like the Oregon Ducks, who looked great in their conference tourney, to beat Oklahoma State. Also in the tough-as-nails Midwest region, I’m picking Creighton to beat Duke, because I like to pick against Duke any time I get the chance, but also because Creighton is a great shooting team. Still, this is one of those picks I just know is gonna bite me. Duke’s still pissed about last year’s early exit, and they’ll probably weasel into the Final Four just to make me mad.

I’ve got Belmont, a veteran team, beating New Mexico to land a spot in the Sweet Sixteen. Davidson beats Marquette, because the ghost of Steph Curry appears and hits a game-winning shot. Finally, assuming Carolina beats Villanova, that KU-UNC matchup is gonna be great. I say UNC pulls it out, but then suffers the NCAA equivalent of a sugar crash and falls to a disciplined and opportunistic VCU squad.

Wait, what? Cinderella? What’s a Disney movie got to do with it?

Just about every year, a lower-seeded team that nobody expected makes a run. In other words, they put on a glass slipper and go to the Big Dance. Yeah, it’s stupid.

BA: This year, Kansas is the weakest of the four top seeds, so I looked for my Cinderella team in the South region.

Fourth seed Michigan has one of the best point guards in the country in Trey Burke, as well as Tim Hardaway Jr. (whose dad, a former NBA star, hates teh gheys). Fifth seed Virginia Commonwealth—coached by the awesomely named Shaka Smart—has been here before. Second seed Georgetown is notorious for getting knocked out early, so why not roll the dice with San Diego State?

GV: I’ve got no serious Cinderella this year. I know, boring. I like Saint Louis, but they’re a 4 seed (!), so that doesn’t really count. I really wanna say Minnesota (what up, Tubby!) can pull off the chain-upset of the century and beat UCLA (missing their best player), Florida (unpredictable) and Georgetown to face VCU for a spot in the Final Four. But Georgetown wins that game and the next, because they’re an all-around great team.

You might be tempted to just pick all the No. 1 seeds to make it to the Final Four. Don’t. That never happens. Pick like two, then a couple of lower seeds.

GV: Despite the fact that folks are calling their No. 1 seed into question, I like the ever-underrated Gonzaga to reach the Dance. Also: Louisville, Georgetown and Miami, after beating deceptively flimsy Indiana in the Elite Eight.

BA: My Final Four is Duke (yeah, Duke sucks, but they’re good), Indiana (this guy), Gonzaga and Florida. Michigan State and Syracuse are always dangerous, and Miami and Louisville would be pretty safe choices, too.

BA: I can’t bring myself to put Duke in the title game, so it’s Gonzaga by default. Two seven-footers—the Bulldogs’ Kelly Olynyk and the Hoosiers’ Cody Zeller—battle it out, but IU wins on Jimmy Chitwood’s last-second shot.

GV: Hot-right-now Miami ekes out a win over Louisville in a terrific game.

The Branded Butcher Takes Over the Georgia Theatre Restaurant