Q&A: Boybutante’s Ming Vase-Dynasty on the Past, Present and Future of Drag 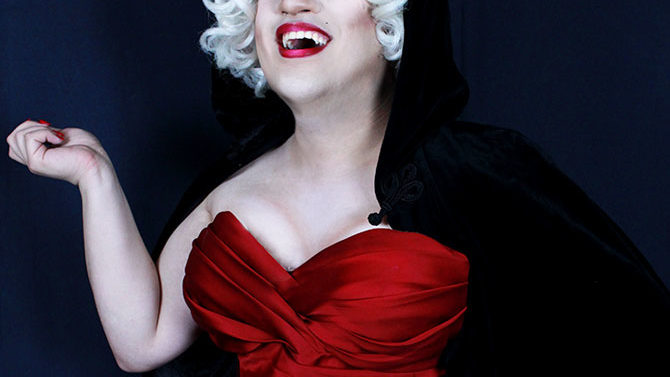 Local drag performers are donning big costumes and bigger personalities for the 28th annual Boybutante Ball, which supports the Boybutante AIDS Foundation in its mission to provide funding to HIV/AIDS agencies across North Georgia. This year’s theme is “Peace, Love and Hair,” so expect lots of ’70s vibes in the form of neon colors, hoop earrings and sparkling spandex.

For a closer look at the art of drag—to find out what makes a queen a queen—Flagpole spoke with Eric Kumsomboone, Boybutante’s social chair, and Kumsomboone’s drag alter ego, Ming Vase-Dynasty, who can be seen in all her glory on the cover of this week’s issue.

Flagpole: What first got you into drag?

Eric Kumsomboone: As long as I can remember, I’ve been fascinated with the power female villains possess. They are deemed villains because they exist beyond society’s rules. I perceived them as being more liberated. Since they were already assigned the term “villain,” they had nothing left to lose, and because of this they could be themselves. As a queer brown person in the south, I envied the freedom those characters had to be unapologetically who they are.

Ming Vase-Dynasty: Once upon a time, I, a 100 percent biological woman, went to see an exhibit on the mysteries of the Orient. Walking through the priceless artifacts and reading the placards, I saw a glimmering relic in the distance and attempted to approach it. The next thing I can remember, I was being helped off the floor by the docent. I was surprised to see that there was no longer an exhibit on Asian curiosities. When I inquired about it, the docent explained that he had never heard of the museum having such an exhibit, and that the wing I was in had been sealed off after a terrible fire. When I looked into the mirror, gone was the woman I once was. Deep in my eye I saw a cold burning flame and immediately knew: Only Ming remained.

FP: Why do you continue to perform?

EK: Drag is one of the purest art forms. It is entirely ephemeral. At the end of the night, the paint on your face melts away. No matter how many times a performer does the same number, it is literally impossible to recreate the exact same performance. Everyone involved with the performance—the performer and audience—has a different experience… I feel similarly about theater, but with drag it’s a true expression of the artist, while theater is usually interpreting someone else’s words through someone else’s vision.

That, and gender is garbage, and I fully support gender performance.

MVD: I want to bring awareness to my missing husband and my airtight alibi. Dick, please come home.

FP: What’s the future of drag?

EK: I would love to see drag get more intersectional: more drag kings, more bio queens, more straight men doing drag. Drag is gender performance, and I think everyone deserves the freedom to play with gender however they see fit. I would also love to eradicate transphobic, sexist and/or racist attitudes that appear from time to time within our culture. Drag has the ability to be truly all-inclusive because we all, in some way, play towards or against our gender roles.

MVD: The future of drag and Ming’s future are one and the same: The Dynasty of Ming Vase will rule the multiverse with an iron fist and velvet glove. You will have both a dark lord and queen. But first, I must find the ancient relics of power.

FP: Why is Boybutante so popular?

EK: Boybutante benefits from being a herstoric [sic] flagship event within the queer community in Athens. Before Athens had a proper pride festival, Boybutante week functioned as an unofficial Pride Week. The business model of Boybutante is also brilliant. People want to donate to a great cause. People want to party. When the first Boybutante Ball happened, AIDS/HIV was ravaging our people, and Reagan refused to acknowledge it. The ball was a good way to be proactive about trying to save lives, but also release tension from the fear and rage that they must have felt. I think the AIDS crisis left psychological trauma on the queer community that influences our media and art, and because of that trauma the spirit of partying for a cause is still with us today.

MVD: Georgia is one of the states where your lifetime risk of contracting HIV/AIDS is highest, at one in 51. I think this subliminally influences people to be more supportive of a cause than perhaps they would be elsewhere. Also, at those odds, it is incredibly likely that you have encountered someone who is positive, and if you can put a face to a disease, it makes it more likely to donate or contribute. And in an age of President Bannon, I think people want a way to support people who are most likely to be hurt by his policies. I hope we can continue to keep this culture of unity and sisterhood. Perhaps you would be interested in joining my organization, the Sisterhood of Evil Mutants, where we put the “homo” in homo superior?

FP: How did you decide on your character? Given the chance to start over, what would you do differently?

EK: Have you seen the fifth season of “Buffy the Vampire Slayer”? Ming and I share a body like Glory and Ben. I didn’t decide on a character as much as she lives inside of me. She has always lived there. She remained nameless in the ample darkness of my psyche until Portia, my drag mother, gave a name to the unknowable terror that is Ming… In the years since Ming has moved in full-time, I think society has become more accepting of drag culture. So if I were starting now, I would be more fearless.

MVD: I would’ve chosen a different host. Maybe one not so insufferably pretentious.