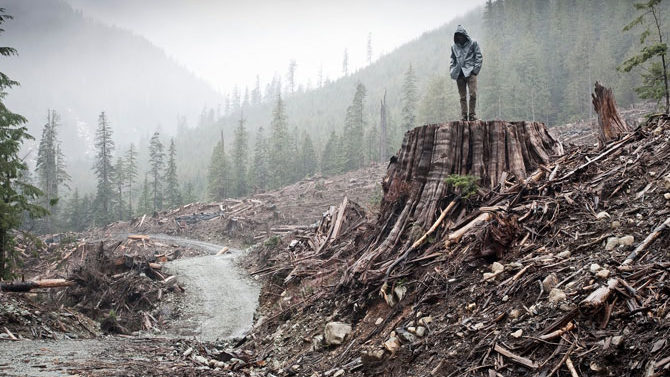 The fourth annual, eight-day EcoFocus Film Festival kicks off this Friday, Mar. 23 at local independent theater CinÃ©. Since 2008, the festival, curated by Sara Beresford, has set out to bring some of the finest environmentally conscious feature and short movies to Athens. Movies dealing with the environment and our relationship with it may be a large umbrella category for the festival to deal with, so there’s always a refreshing variety of topics and approaches on display by the filmmakers, and hopefully entertaining ones to boot. The hoary yet accurate clichÃ© is true here: regardless of your politics, class, race or religion, there really is something for everyone throughout the fest. There are plenty of intriguing movies to see, but here are some highlights…

Case in point, the excellent opening-night showing of award-winning documentary Buck. The movie, a heartfelt and thorough crowd-pleaser, focuses on the life of real cowboy and “horse whisperer” Buck Brannaman, who grew up on the rough-and-tumble rodeo circuit as an expert rider and trick roper. Living the life of a cowboy at that early age is a dream of many a child, though Brannaman’s youth was anything but idyllic. He was abused by his father and spent many years in foster care. The major focus of Buck is Brannaman’s astonishingly humane, sensitive and progressive yet practical techniques to nurture abused and damaged horses back to health. The documentary is an eye-opener and a splendid choice to inaugurate the fest. Buck screens at 7 p.m. at CinÃ© along with the short Anna, Emma, and the Condors, about a family’s crusade to protect the endangered California condors. Buck editors Toby Shimin and Joy Reed will also be in attendance to talk about the movie and take questions from the audience, as will the director of Anna, Emma, and the Condors, Katja Torneman. Music courtesy of DJ Electrophoria and food by The National will also add to the mix.

On Mar. 25, the feature The City Dark screens at CinÃ© at 7:15 p.m. Dealing with light pollution, the movie examines how in our increasingly overloaded cities of dazzling illumination, the cosmos above has been crowded out, something that has never occurred before on this scale. Whether we realize it or not, we are dislocated from the night sky. How is this changing us? And how does this change other species? The film takes an evocatively stylish and poetic approach to its subject and includes interviews with astrophysicist Neil deGrasse Tyson and Ann Druyan, among others.

The next evening at UGA’s Miller Learning Center, Room 171, there will be a free screening at 7 p.m. of Blood in the Mobile, which takes a look at how much of the minerals used to make that ubiquitous modern convenience, the cell phone, come from the war-torn Eastern DR Congo. Director Frank Poulsen’s film is an unflinching and captivating look at how factions in the country exploit child labor to mine the minerals and then sell the goods to companies like Nokia who turn a blind eye to war profiteering. A grim subject, to say the least, but it’s a remarkable journalistic examination of criminal capitalism that we are all in some manner a part of.

For many of us, sushi is the food of the gods. But Japan’s national cuisine has become popular all over the world, and the supply of fish in the seas around the country, which is exported to restaurants from Tokyo toâ€¦ well, here in Athensâ€¦ to be transformed into the irresistibly addictive meals, is becoming depleted. What are the ramifications of this, and what can fisherman, restaurateurs, chefs, environmentalists, exporters and foodies do? Mark Hall’s documentary, Sushi: The Global Catch, takes a look at this dilemma and our continuing fascination with this delectable style of food. The movie screens at the Georgia Museum of Art on Mar. 29, with the director in attendance to take questions from the audience.

If A Tree Falls: A Story of the Earth Liberation Front, screening on Mar. 30 at 7 p.m. at CinÃ©, is a fascinating study of ELF member Daniel McGowan and his involvement with the hardline environmental group that waged a leaderless though violent campaign in this country in the 1990s against businesses like logging companies, among others. The FBI cracked down hard on the loose-knit organization as its attacks and influence grew bigger, especially after members of the group torched a multi-million dollar ski lodge in Colorado, and McGowan was subsequently nabbed. The documentary deals with the ethical, political and philosophical issues surrounding ELF’s insurrection against companies which seem to be waging their own war against the Earth. Dr. Chris Cuomo, Dr. Piers Stephens from UGA’s Philosophy department and Occupy Athens activist Gretchen Elsner will be in attendance to talk about the movie and take questions.

Chris Paine’s latest movie, Revenge of the Electric Car, a sequel to his acclaimed 2006 documentary Who Killed the Electric Car?, shows on Mar. 30 at 9:30 p.m. at CinÃ©. In the first movie, Paine examined how the invention and proliferation of the more environmentally friendly electric car was hampered by big U.S. car companies. Here, Paine returns to this subject and shows how those same car companies have started to release their own versions of the green automobiles and how independent entrepreneurs are still designing and trying to commercialize their own models.

The festival winds down on Mar. 31 with a 7:30 p.m. showing of You’ve Been Trumped at CinÃ©, a scathing documentary about how fat cat businessman/property developer, noxious celebrity blowhard and political huckster Donald Trump bullied his way into building a monstrous golf course in a coastal area north of Aberdeen, Scotland. In true Trump fashion, the Donald disregarded environmental concerns and insisted the economic benefits were more important to the surrounding community. See for yourself how so-called trickle-down economics works Donald-style.