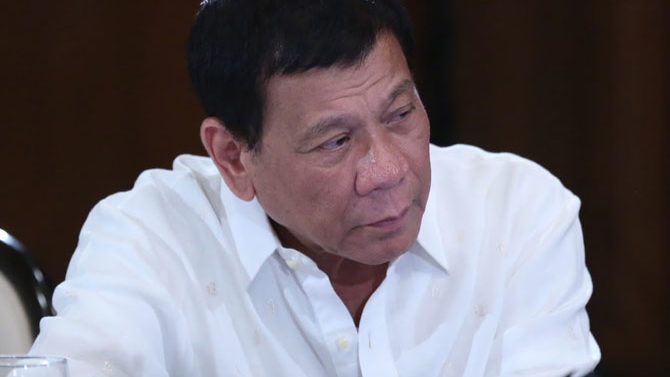 Thirty years ago, most of Southeast Asia was run by thuggish dictatorships. Then the Philippines showed the rest of the world how to get rid of the dictators without violence, and its nonviolent example was watched and copied around the world. But now the thugs are coming back where it all started.

The democratic revolution in the Philippines in 1986 was quickly followed by the nonviolent overthrow of the generals in Thailand in 1988—though they continued to intervene every few years—and then by the fall of Suharto’s 30-year dictatorship in Indonesia in 1998. By then, the example had also spread through the rest of Asia (democratic revolutions in Taiwan and South Korea, and even an attempt at one in China).

The democratic wave swept across the rest of the world, too: Eastern Europe and the former Soviet Union in 1989–91, South Africa in 1994, a large number of Latin American and African countries in the past quarter-century and even brave (but failed) attempts at democratization in several Arab countries. More people now live in democratic countries than in dictatorships.

But in the cradle of the nonviolent revolutions, things are going backwards. Rodrigo Duterte, president of the Philippines, is a self-proclaimed murderer who boasts about how many people his death squads kill. “If you are corrupt, I will fetch you using a helicopter to Manila, and I will throw you out,” he declared in December. “I have done this before, why would I not do it again?”

“Duterte Harry” (as he is called in homage to Clint Eastwood’s film portrayal of lawless cop “Dirty Harry”) was elected to the presidency with a massive majority last year, and he is still hugely popular with ordinary Filipinos. But this is not democracy; it is populist demagoguery of the most extreme kind.

Thai democracy, deeply polarized by a long-running political battle between the urban middle class and the rural poor, fell to a military coup in 2014. Two years later, the Thais ratified a constitution that grants the army permanent power over the political system, including the right to appoint all 250 members of the Senate. And even so the military have now postponed the promised election from this year to 2018.

Indonesian democracy still survives, and the latest president, Joko Widodo, is a genuinely popular figure of unimpeachable honesty. In the 2014 election he saw off his opponent, a former general and ex-son-in-law of the old dictator Suharto, with ease. But there are signs of rising extremism in the world’s biggest Muslim-majority country.

The hardline Islamic Defenders’ Front (FPI), which demands a sharia state in a country where 15 percent of the population is not Muslim, has been leading violent demonstrations against Basuki Purnama, the ethnic-Chinese Christian governor of Jakarta. He is facing spurious charges of “insulting Islam,” but the FPI’s real objection is that non-Muslims should not hold positions of authority over Muslims.

And then there is Burma, the latest convert to democracy in Southeast Asia. After half a century of almost continuous military rule, Aung San Suu Kyi, the Nobel Prize-winning leader of the democratic opposition, is finally the effective leader of an elected civilian government.

But she still operates under a military veto, and she has to close her eyes to the brutal attacks on the Rohingya, a Muslim minority that the army and other Burmese ultra-nationalists insist is not really Burmese at all. The army is using this conflict to burnish its own nationalist credentials and undermine the fledgling democratic government, and “The Lady,” as she is universally called, dares not defy it.

There is no country in Southeast Asia where democracy is really secure, and in most cases the main reason is the overweening power of self-serving military and police forces. Power struggles between the old political and economic elite and “new” politicians like Widodo in Indonesia and the brother and sister Thaksin and Yingluck Shinawatra in Thailand, both overthrown by military coups, play a large role too.

But there are many other new democracies with over-mighty militaries and privileged elites that do not want to let go, and yet the failure rate is significantly lower everywhere else except the Middle East. There may be some common cultural factor that unites the Southeast Asian countries, but it’s unlikely: They are variously Buddhist-, Christian- or Muslim-majority.

So what’s the matter with them? Maybe it’s just bad luck. After all, they aren’t actually a statistical sample.