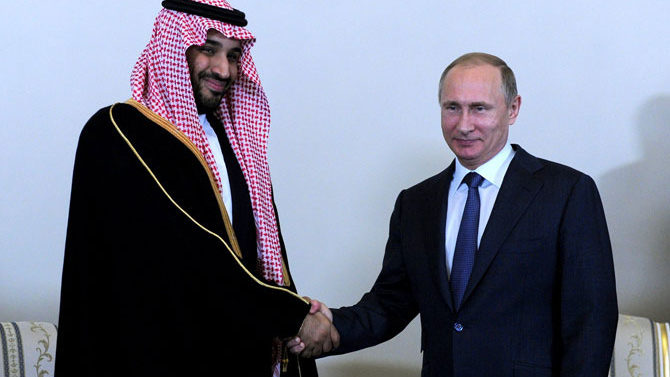 By the end of 2015, the BND, the German foreign intelligence service, had grown so concerned that it warned the government about Saudi Arabia’s new deputy crown prince and defense minister, 30-year-old Muhammad bin Salman. “The previous cautious diplomatic stance of older leading members of the royal family,” it wrote, “is being replaced by an impulsive policy of intervention.”

At that point, Prince bin Salman had been defense minister for just one year, but he had already launched a major military intervention in the civil war in Yemen and committed Saudi Arabia to open support for the rebels in the Syrian civil war. He had also taken the bold decision to let oil production rip and the oil price crash.

No wonder the BND characterized Prince bin Salman as “a political gambler who is destabilizing the Arab world through proxy wars in Yemen and Syria.” Not just a gambler, but one who was betting on the wrong horses.

The first bet to fail was his intervention in the Yemeni civil war, with an aerial bombing campaign that has killed at least 10,000 Yemenis (around half of them civilians) and cost Saudi Arabia tens of billions of dollars. Bin Salman (or MBS, as he is known in diplomatic circles) sold the war as a short, sharp intervention that would defeat the Houthi rebels in Yemen and put Saudi Arabia’s own choice for the presidency, Abd Rabbuh Mansur Hadi, back in power. It has turned into a long, exhausting war of attrition: The Houthis still control the capital, Sana’a, and Hadi will not be going home any time soon.

Then the deputy crown prince’s second big bet—an open commitment to support the Syrian rebels—failed when the Syrian army, with Russian and Iranian help, reconquered eastern Aleppo last December. Not one of Syria’s big cities is now under rebel control, and Saudi Arabia will have to live with a victorious and vengeful Assad regime.

MBS’s biggest gamble was his plan to restore the Saudi kingdom’s dominance in global oil markets by driving the new competition—the American producers who get oil out of shale rock by fracking—into bankruptcy. He reckoned that the frackers were high-cost producers who would go broke if the price of oil stayed low enough for long enough. So Saudi Arabia kept its own oil production high and persuaded its partners in the Organization of Petroleum-Exporting Countries to do the same.

The U.S. frackers shut down their less profitable operations temporarily, and some

smaller players went bankrupt, but the survivors are ready to ramp production up again as soon as the oil price improves. Meanwhile, Saudi Arabia has been burning through $100 billion a year in cash reserves to keep government services and subsidies going.

Last November, the prince admitted defeat. Saudi Arabia and its OPEC partners agreed to cut production by 1.2 million barrels per day, and Russia and Kazakhstan chipped in with another half-million barrels. The oil price is up to $55 per barrel, Saudi Arabia’s cash flow has improved, and the political stresses at home due to wage and subsidy cuts have eased off. But many people are asking: “What was all that about, then?”

The prince is not a fool. He should have known that foreign interventions in Yemen rarely succeed, the Russian intervention in the Syrian civil war meant that Assad was likely to win, and the American frackers could probably wait him out. In fact, he probably did know.

The problem is that bin Salman is in a hurry to produce some positive results. His prominence at such an early age owes everything to the support of his father, King Salman, who ascended to the throne just two years ago. But the king is 81 and in poor health (suffering from mild dementia, according to some), and his son is not his obvious successor.

So, to have any hope of succeeding to the throne when King Salman dies, the prince must prove his worth quickly. That’s why he was open to such high-stakes, long-odds gambles: One big success could do the trick for him. He is probably still up for another roll of the dice.