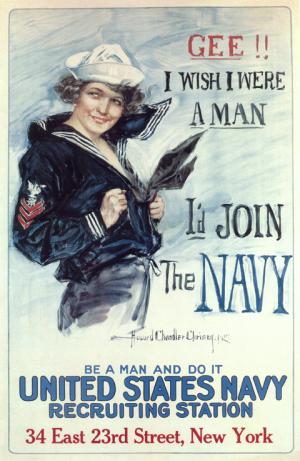 Tom Watson’s legal challenges to the draft and wartime censorship were turned back in August 1917. Within weeks his newspaper folded, his campaign for Congress failed and his plans for a statewide antiwar convention in Macon collapsed. Watson’s greatest triumph was yet to come, but his attempt to spark national resistance to the war from his rural Georgia base was at an end.

Resistance to the war continued in northeast Georgia on a smaller and less principled scale. Joe Pulliam in Elbert County refused to register for the draft. When federal agents came for him he went underground. Pulliam spent more than a year hiding near Elberton, during which time he got married. He eventually turned himself in and served two years of five-year sentence in Leavenworth.

Draft evasion was serious, but desertion more so. Cecil Hilley of Madison County deserted in the summer of 1918 and hid out near Hartwell. He was spotted by federal agents and wounded as he fled. Two of his friends were arrested and sent to federal prison for sheltering him. Hilley returned to his home and defied the efforts of Madison County to arrest him. In mid-July Revenue Agent W. H. Locke and other local and federal officials came to his house and shot him dead as he ran away.

The shooting in Europe ended Nov. 11, 1918, but not in Georgia. The country was still in a state of war and the draft and martial law were still in force. Many draftees found it ridiculous that they should be kept in service when the fighting was over. George Crawley of Union County was one of them. Crawley left Augusta’s Camp Gordon without leave in January 1919. Federal Marshall Ben Dixon came to Crawley’s mountain home with a warrant and was shot dead. Crawley, his brother Decatur, and their cousin Blaine Stewart fled into the deep mountains. A posse of 30 soldiers and government agents came after them, but lost the trail near Athens, Tenn., and gave up the chase.

The posse’s failure was the cue for S. Glenn Young’s appearance. Young was a special agent of the Justice Department who had captured over 500 deserters since the war began. He found that Crawley’s mother had moved to East Tennessee and was very sick in a remote cabin. Young staked out the place in mid-February and did not have to wait long until Mrs. Crawley’s dutiful outlaw sons crept by to visit. Young went into the cabin and arrested them without resistance. I have not yet tracked down the final outcome of the case.

Horace Landers of Jackson County was another farm boy who felt that his obligations to his country were at an end when the Germans quit shooting. In January 1919 Landers deserted from Macon’s Camp Wheeler and returned to his home halfway between Jefferson and Winder. Late in the night of January 19, Jackson County sheriff Cliff Barber and his deputy, Ned Pendergrass, came to Landers’ home with a warrant for his arrest on charges of car theft. Sheriff Barber went to the back door and Deputy Pendergrass to the front. The deputy heard shots around back and found the sheriff dead and Landers gone. Landers was captured the following morning in Gainesville and carried to Jefferson, but public outrage was great; a lynching was feared and he was taken on to Athens. Judge Andrew Cobb, and early and ardent backer of the war, summoned a special term of Jackson County Superior Court to try Landers. Again, I have not followed the case to its conclusion.

Georgia had no attractive opponents of the First World War, no principled martyrs like Eugene Debs or Emma Goldman: Senators Smith and Hardwick were worried about the cotton trade. Tom Watson’s noble Jeffersonian ideals were riddled with race hate and personal vendetta; the peace-loving farmers who followed him bayed for the blood of Leo Frank at Watson’s bidding only two years before. Still, their flawed and selfish opposition looks much better today than the phony or naive idealism that sent, and has continued to send, so many thousands uselessly to death.