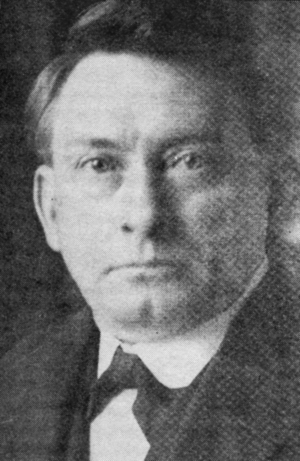 In mid-August former Georgia Populist Congressman Tom Watson appeared before Federal Judge Emory Speer to argue two cases: One was an action to overturn the Postmaster General’s ban on Watson’s newspaper, The Jeffersonian, which had been imposed because of Watson’s antiwar stand. The other case was a defense of Albert Jones and John Story, black Augusta men who had been jailed for failure to register for the draft. Federal court was held in the front yard of Speer’s Habersham County summer home in Mount Airy. Before huge crowds Watson made a passionate appeal to the Constitution and the basic principles of the common law, but Speer rejected his arguments, upholding both forced conscription and censorship. Barred from the mails, The Jeffersonian soon folded; Watson’s new paper was quickly squelched by federal agents.

The third week of August was the high-water mark of Georgia opposition to the war. Courthouses and halls across the state were filled with angry crowds who invoked Watson’s name and issued resolutions against Wilson and the draft. In many areas these meetings were packed with pro-draft men, mostly urban businessmen and professionals who passed resolutions supporting the war. This happened in East Point, Decatur, Elberton, Blackshear and Statesboro. In Thomasville, the draft protesters were denied use of the courthouse by the county commissioners, but held a large rally on the steps of the building.

Large meetings denouncing the draft were held in Warrenton, Thomson and Louisville, all in the heart of Watson’s old Tenth District; in Moultrie in south Georgia; in Marietta and Carnesville, Danielsville, and Lawrenceville in northeast Georgia. Opposition was generally strongest in areas which had gone Populist 20 years before, and the newspapers noted that the antiwar crowds contained fewer draft-age men than men of the old Populist vintage.

Georgia’s antiwar campaign was surprisingly free of violence. On August 22, 1917, W.T. Sims, a York, S.C. black minister, was murdered by a racially mixed mob for his opposition to the war. There appear to have been no such mob killings in Georgia. There were, of course, many arrests of draft evaders. August Andrea, a German living in Rabun county, was arrested for circulating pro-German literature. In Dublin, Dr. C. H. Kittrell, an anti-draft leader, was forced to resign from the school board.

Watson had planned a statewide antiwar convention to be held in Macon in the late summer, but the suppression of his newspaper, increasing support for the war in towns and cities, and the wave of sedition and draft evasion arrests caused him to postpone and finally cancel the meeting. He made a futile run for his old congressional seat against incumbent Carl Vinson, and with his loss Georgia’s mass antiwar movement was dead.

Watson never ceased trying to fight the war effort, but his chief platform had been removed. The government threatened him with imprisonment. The deaths of his two surviving children and his increasing addiction to liquor and morphine sent him into further isolation. But in April 1920 he emerged as a candidate for president in Georgia’s democratic primary against Senator Hoke Smith and Wilson’s Attorney General, Mitchell Palmer. Palmer represented Wilson, war and the League of Nations. He had engineered the terror campaign against political dissidents that racked the country throughout 1919 and 1920. Watson denounced Palmer, the red scare, the American Legion, and “100 per cent Americanism.” He received the largest number of votes, but Palmer took more delegates because of the county-unit system. Nonetheless, the Watson and Smith forces combined to sabotage the Palmer forces at the national convention.

In August Watson ran for the U.S. Senate against incumbent Hoke Smith and former governor Hugh Dorsey, a Wilson Democrat who had prosecuted Leo Frank and had been politically elevated and then abandoned by Watson. He trounced his old enemies and returned to Capitol Hill after a 30-year absence. For the two years before his death he denounced blacks, Jews, Catholics, capitalists and the military fron the Senate floor. He spoke out in favor of the Soviet Union and worked for the release of all U.S. political prisoners jailed by Wilson and Palmer. He closed the second session of the 67th Congress with a speech supporting striking local miners in Pennsylvania and died of a stroke three days later. Watson’s flaws were deep and many, but he opposed a senseless war and the people of Georgia did not turn their backs on him because of it.