Last week’s column looked at the Ku Klux Klan’s part in suppressing antiwar opinion in 1918 Athens. In the next few weeks we will look at how widespread opposition and resistance to the First World War was in northeast Georgia.

The textbook picture of America in the Great War shows the country, after some initial misgivings, coming to a near-unanimous frenzy against the Kaiser. We know that there was opposition on the left; socialist leader Eugene Debs was sentenced to 10 years in the Atlanta pen for his antiwar writings. We hear about the reluctance of many German- and Irish-Americans to support the British Empire. We can well imagine that many Americans were simply skeptical about a war in which the American interest was difficult to define. 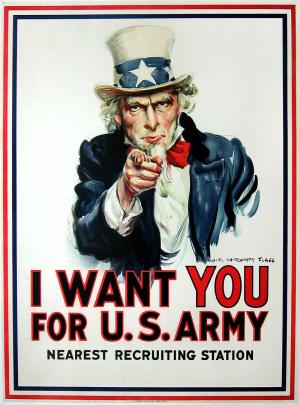 Many died rather than surrender to the authorities.

We are less likely to hear that initial opposition to American involvement in the Great War was loud and widespread, and that some of the fiercest opposition was in the South, despite our region’s reputation for blind nationalism and fierce militarism. Harsh repression of free speech and an unprecedented propaganda campaign swiftly silenced most vocal opposition to the war, but many men hid out to escape the draft or deserted the army when inducted. Many died rather than surrender to the authorities.

Georgia’s U.S. senators, Hoke Smith and Thomas W. Hardwick, were lukewarm about Wilson’s war preparedness program. Hoke Smith voiced the anger of Georgia cotton growers and brokers as the British seized American cotton bound for neutral ports (where it would often end up in German hands). When war came Smith grumbled loudly about dictatorial powers for the president, but voted to approve them.

Senator Hardwick’s response to the war hysteria had more substance; he introduced a bill to keep the government from sending citizens out of the country against their will. Many urban and well-to-do Georgians denounced Hardwick as a traitor, but his antiwar efforts found support among the state’s small farmers, many of whom took a dim Jeffersonian view of governmental meddling in their lives. They were less opposed to war itself than to the draft, which to many typified the old-world tyranny the war was supposed to end. Georgia’s small farmers had suffered under the Confederate draft two generations before, and in 1917, as in 1863, anti-government feeling ran especially strong among the politically cantankerous hill-country farmers of northeast Georgia.

In 1914 Hart County elected John Seaborn Winn, a 21-year-old Baptist preacher, to the state House of Representatives. In 1917 Winn attempted a one-man filibuster against a resolution supporting Wilson’s war measures. Next door to Hart, in Franklin County, farmers met at lawgrounds and crossroads in the summer of 1917 to sign resolutions against the draft. In July several hundred of them shouted down U.S. Commissioner Walt Cornett (who would one year later turn James Norris over to the Athens Klan) as he spoke in support of the draft law on the courthouse steps in Carnesville.

On Aug. 4, 600 draft opponents gathered there again, all, according to newspaper accounts, from rural areas. Commissioner Cornett declined to return to Franklin and sent Judge Andrew J. Cobb of Athens in his place. Judge Cobb had made a fiery Fourth of July speech in Athens condemning Senator Hardwick, saying that in wartime there were only patriots and traitors. This has gone down well in Athens, but the Franklin farmers, after passing resolutions blaming the war on capitalism and Catholic hierarchy and demanding that Woodrow Wilson be “the servant rather than the master,” adjourned without letting Cobb speak. Cobb stayed on and addressed a much smaller pro-draft crowd that afternoon.

Hart and Franklin counties had been strongholds of the Populist revolt in the 1890’s, and, though the party was dead, many of its survivors still revered their fallen leader, the enigmatic Lucifer of Georgia politics, Tom Watson. His newspaper, The Jeffersonian, lay beside the Bible in many Georgia homes and was as closely and as uncritically read. In the summer of 1917 its pages spewed bile against Wilson and his war.

Athens Unmasked: The KKK In The Classic City