JuBee and the Morning After 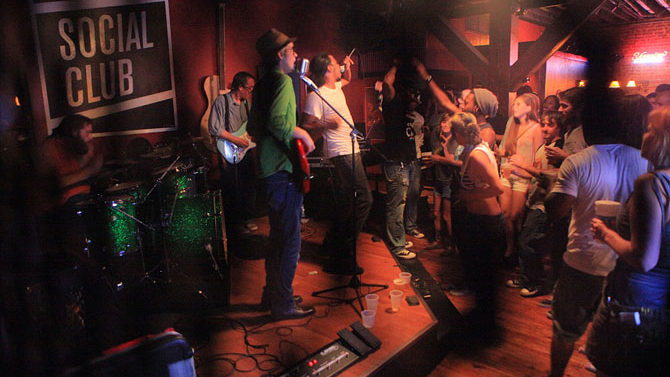 The rare rap-rock conflation that actually works, Georgia-based act JuBee and the Morning After takes the wide-open live-band instrumentation of The Roots and expands it further, incorporating rock guitars, psychedelic synths and decisive funk rhythms into its sound, which is both nebulous and airtight. Frontman JuBee is no slouch as an MC, easing his way through each winking verse like it’s no thing. But it’s the chorus where he really tends to stand out. The Morning After (which features the convincing two-man rhythmic core of defunct Athens funk outfit Dope John Paul) provides a strong melodic base for JuBee’s soaring falsetto. In these moments the group sounds a little like a looser, more party-minded version of TV on the Radio.