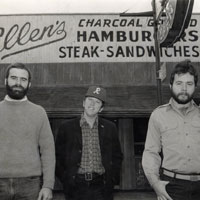 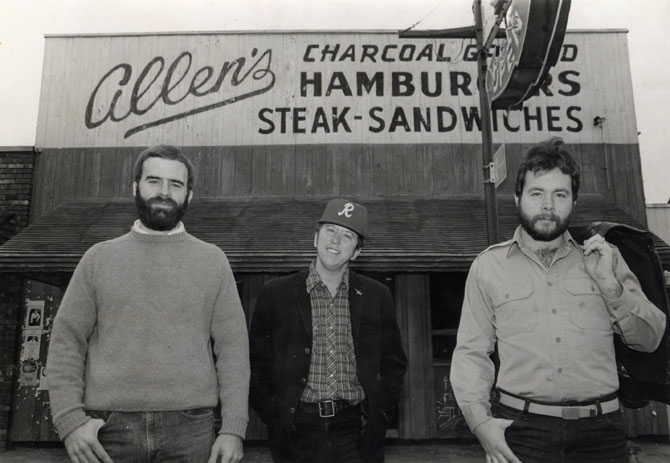 Certain yearly happenings have come to define Athens: AthFest, Twilight and the Wild Rumpus, to name a few. And then there’s the Normaltown Flyers’ annual pre-Thanksgiving show, which has endured for decades and continues today, a quiet but proud source of townie tradition.

Flyers guitarist Brian Burkeâ€”the only consistent member of the local country-rock band throughout its 30-plus-year historyâ€”explains that the concert is not a choice, but a duty. “It’s become something we’re expected to do,” he says with a laugh.

As the old story goes, the Flyers’ day-before-Thanksgiving residency at the original Allen’s Bar and Grill on Prince Avenue became so popular, the band had to move it elsewhere. “It was just packing out,” Burke recalls. “Seriously, it got to where we had to turn people away. And so, it just became a popular thing to do. We just kept doing it year after year. After Allen’s closed, we moved on to doing it at other places.”

After a stint at the Georgia Theatre, the show moved over to the Melting Point, where it remains today. (“We’re pretty much regulars at Melting Point now,” Burke says.) For many who have roots in Athens but live elsewhere, the concert is a chance to reconnect with the placeâ€”and the peopleâ€”they know and love.

“A lot of the [crowd] are people who are from Athens, or went to UGA, and come back for the holidays,” says Burke.

Indeed, like those aforementioned events, the Flyers’ November performance is enmeshed in Athens’ cultural fabric, a chance for both wayward Athenians and those who’ve been here all along to gather and give thanks to the town. Buoyed by good tunes, guest appearances and holiday cheer, the vibe Wednesday evening will undoubtedly be sweet.