The Athens-Clarke County Planning Commission recently debated proposed changes to the home occupation ordinance, which allows certain businesses to be operated out of homes in residential areas.

The major points of debate included permitting cottage food businesses, child daycares and the continued prohibition of dog-related businesses. The ordinance has a huge impact on entrepreneurship, community and quality of life, and it deserves the attention it is currently receiving.

Throughout the Aug. 1 meeting, planning commissioners and the county attorney debated the overall purpose and guidelines of the ordinance. A home occupation ordinance is designed to make an exception for small business operations that would like to operate out of a residential home. This fosters entrepreneurship by allowing commercial uses without the added cost of leasing a commercial space.

However, it is a narrow exception. Residential areas should retain the look and feel of residential areas despite the presence of any commercial enterprise. The overall goal of the ordinance is to allow in residential zones those businesses that can operate with little impact. Without knowledge or inquiry, neighbors shouldn’t know the business is in operation.

For instance, almost all businesses related to the production and sale of food are considered catering operations and are banned in residential areas.  Catering usually involves industrial equipment not found in an ordinary home. This is an offshoot of the low-impact idea of a home occupation in that this idea asks whether or not a business will be using equipment traditionally found in a home; if not, it likely won’t be discreet and should be prohibited from residential areas.  That’s debatable, though, because oftentimes equipment not normally found in a residential home could be used but the business could still operate in secrecy.

The state Department of Agriculture recently changed its rules to allow cottage foods—i.e. foods that can be made without industrial equipment and are non-hazardous—to be manufactured in a home.  This gives local governments more discretion in determining what types of food production can be allowed in certain areas. Many people from the Athens Farmers Market came to the meeting to speak on behalf of the new ordinance, stating that the current ordinance prevents many types of foods like jams, breads, dried fruits and candies from being manufactured in homes and, consequently, it reduces the number of available items at farmers markets. Allowing cottage food businesses has widespread support on the planning commission and will likely find its way into the final ordinance.

The more controversial issues surround the arbitrariness and potential unconstitutionality of many classifications found in the proposed ordinance. The current and proposed ordinances both allow for child daycares with up to six children, including the owner’s children. Both also prohibit any type of dog daycare or dog grooming business.  Both ordinances also prohibit any home business from occupying more than 25 percent of the heated floor space within the structure.  All of these issues drew debate among the planning commissioners, as many felt these classifications and numbers were irrational and arbitrary.  Why 25 percent? Why prohibit dog daycare, but allow child daycare? Why and how determine six children is the maximum?

Though many of these issues may seem arbitrary and pulled from thin air, the government has a great deal of discretion. A zoning regulation can be considered a violation of due process or equal protection if it is found to be arbitrary and irrational.  However, the burden on the challenger is high.  The court is going to ask whether or not the government had any legitimate purpose in enacting the regulation.  Zoning is a local government’s application of the state’s ability to use its police power to protect the health, safety and welfare of citizens, so this is where the court will look to determine if a legitimate purpose exists.

A court could easily find that limiting a business to 25 percent of the floor space is rationally related to a legitimate government interest.  The legitimate government interest is basic zoning: segregating certain uses promotes the health, safety and welfare of citizens. Limiting businesses in residential areas to 25 percent of the floor space upholds the general residential character of the neighborhood.  The more floor space a business occupies, the more it morphs from residential to commercial and degrades the zoning plan. A rational basis is the court’s lowest standard. Unless it makes no sense whatsoever for the government to decide 25 percent is the limit, it will be upheld.  Many other municipalities have similar restrictions. 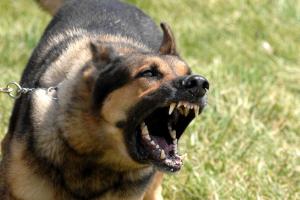 Dogs make noise, but do they make more noise than babies?

The same can be said for dog-related services and child care.  Many of the planning commissioners who supported the continued ban on dog-related services stated that dogs clearly make more noise, are likely going to need days or weeks to become familiar with one another and could easily be left alone outside while the owner is away.  Conversely, planning commissioners pointed out that children make less noise, will generally get along and (it is to be hoped) will not be left outside while the owner is away.  A court could therefore easily reach the decision that this classification is not arbitrary but rational.  A court could also easily reach the decision that six children is rationally related to the legitimate government interest of reducing noise and the amount of traffic generated by a daycare.  Again, many other municipalities have similar restrictions.

Enforcement must also be considered in the adoption of an ordinance.  Clearly if a dog daycare were allowed, some limit would have to be set on the number of dogs.  If a neighbor calls in a noise complaint, it will be difficult for the government to determine what dog belongs to what owner.  If the owner has 10 dogs and the ordinance allows seven dogs that are not owned by the property owner, the government will basically have to take the word of the owner as to who owns what dog.  This makes enforcement difficult.

An interesting issue is the difference between dog daycare and dog grooming.  The ordinance allows for barber and beauty shops, under certain conditions, but absolutely prohibits dog grooming.  One planning commissioner brought up the fact that a barber shop and dog grooming are basically the same in terms of the traffic generated. In fact, human grooming uses many more chemicals not found in an ordinary home than dog grooming.  Assuming a barber shop meets the low impact viewpoint of a home occupation ordinance, and that is why it is allowed, a dog grooming business should also meet this viewpoint. Unless you have several dogs making noise and waiting in line for a haircut, the two are basically the same.