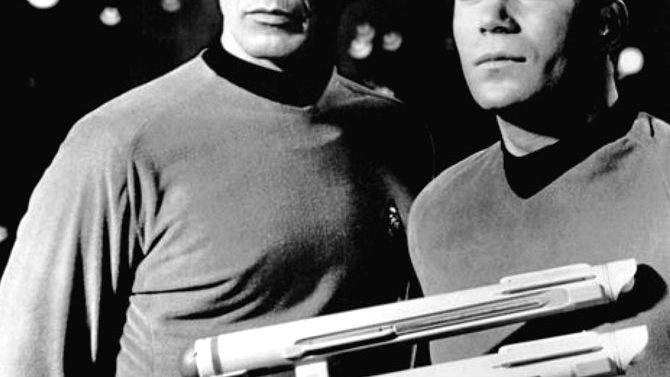 The Friday after the 2016 election, I was waiting for my high-schoolers to come home from the football game, and I decided to watch some TV. I scrolled through Netflix and decided upon some vintage programming: the original “Star Trek” series. Although I was too young to watch it when it originally aired, it became one of my favorite shows in syndication, airing at 11:30 on Saturday night in my hometown of Montgomery, AL.

I have always been a science nerd, and I quickly became a Trekkie. I decided on this night to watch the first and last episodes in the series. The first episode is interesting not only because of the storyline, but because it has a different Captain and almost a completely different crew. Mr. Spock is one of the few characters that made the cut to stay in the series that we know and love.

The last episode, however, was the one that had the most impact on the heels of the most bruising presidential campaign in recent memory. The episode starts with the starship Enterprise responding to a distress call on a planet where an archeological team is doing research on an ancient civilization. For Captain Kirk, the ultimate ladies’ man, it’s a reunion, because one of the two survivors on the planet is an old flame from his Starfleet Academy days. What appears to start as a heartfelt reunion turns nasty as his old flame, Dr. Janice Lester, traps Kirk in an ancient device that transfers his consciousness into her body and vice versa. Why would Dr. Lester do such a treacherous thing? Because she desperately wants to be a Starfleet captain, and in Starfleet, only men can reach the rank of captain. Even in the 23rd Century, women are relegated to being second-class citizens.

Of course, “Star Trek” is a fictional show that originally aired in the 1960s, and times have certainly changed since then. “Star Trek” had an important role in our culture besides being great entertainment. It offered unique role models that inspired people of all generations to believe that they could do more. The multiculturalist aspect of the show showed Russian, Asian, African, American and even alien characters working together for a common goal, which was inspirational during the time of the Cold War and the beginning of the Vietnam War. In particular, Lt. Uhura, as a black communications officer, provided a unique character for television at the time, and has no doubt inspired many minority women to pursue their interest in science.

Gene Roddenberry produced a classic show that was able to discuss issues of class, race and diversity that provided entertainment with a message. However, on this one issue, even the visionary Roddenberry, who also wrote this episode, could not look past his own biases to consider that a woman could be qualified enough to be a starship captain.

If I had seen this episode a year ago, I probably would not have had a second thought about its premise. Although not my first choice for president, I thought Hillary Clinton was much more qualified for the position than Donald Trump. Was her loss in this close election the result of even a small percentage of Americans feeling like Roddenberry did 50 years ago—that there are some jobs only a man can do? I will leave that question for others to ponder.

For all residents of the United States, I wish you the famous Vulcan motto, “Live long and prosper,” during the Trump Administration.