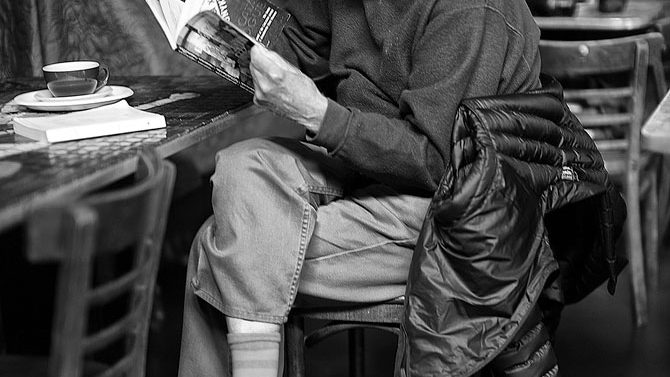 Now for some good news! Lawrence Ferlinghetti, the pioneering poet and publisher of the Beat Generation, turned 100 years old on Mar. 24. It was Ferlinghetti who published such iconic Beatnik-era writers as Allen Ginsberg and Jack Kerouac, and it was Ferlinghetti himself who wrote A Coney Island of the Mind in 1958, which went on to sell more than a million copies and became one of the best-selling poetry books of the 20th Century.

I first read the works of Ferlinghetti more than 50 years ago, and was captivated by the power of his poetry. Ferlinghetti called on his fellow poets to be relevant and accessible instead of cloistered and academic, and he delivered then and now. His poetry and his life have borne witness to America from the 1950s to the present day. At the age of 100, Ferlinghetti has just published Little Boy, his new novel that combines poetry, prose and autobiography.

Born on Mar. 24, 1919 in Yonkers, NY, Ferlinghetti got a degree in journalism from the University of North Carolina in 1941 and began writing as a sports scribe for the Daily Tar Heel campus newspaper at UNC. After serving in the Navy during World War II, Ferlinghetti earned master’s and doctoral degrees in literature from Columbia University in New York and the Sorbonne in Paris. Returning to the United States in the postwar 1950s, Ferlinghetti was attracted to the freedom of San Francisco that contrasted with the Cold War doldrums of much of America during the Eisenhower years. “I am waiting for Ike to act,” the poet wrote sardonically at the time. Today, the old poet still shows a mordant wit. When asked for his advice to today’s young people, Ferlinghetti responded, “Duck and run for cover.”

Since 1953, Ferlinghetti’s City Lights Bookstore has been a center for poetry, prose and politics in San Francisco. The history of the bookstore and its iconic founder has spanned the McCarthy-era 1950s and the hippie times of the 1960s, and the bookstore is visited today by lovers of literature from across America and around the world. In 1998, Ferlinghetti was named poet laureate of San Francisco, and that fabled city by the bay celebrated his 100th birthday with events at the bookstore and at the city’s parks, galleries and museums. Age and infirmity kept the old poet away from most of the festivities, but he mixed humor and humility in a statement, saying, “I’m happy to hear that there are so many people celebrating my birthday.  Makes it really special. I figure that with another 100 birthdays that’ll be about enough.”

Even at 100 years of age, Ferlinghetti still speaks loud and clear in the voice of a poet and political polemicist. More than a dozen years ago, he wrote prescient verses that still are relevant today: “Pity the nation whose people are sheep, and whose shepherds mislead them. Pity the nation whose leaders are liars, whose sages are silenced, and whose bigots haunt the airwaves.” Just last year, Ferlinghetti minced no words in an interview with the San Francisco Chronicle, saying of the current occupant of the White House, “Trump is an evil man. He’s so dangerous. I think you’ve got to take this man seriously. I think he’s out to destroy democracy.”

Poet Walt Whitman wrote word pictures of his America in the 19th Century. Lawrence Ferlinghetti has written sprawling word paintings of his changing America over the span of much of the 20th and 21st centuries. It is fitting that such a poet of America has lived a century.  Happy birthday, Lawrence Ferlinghetti.