Despair for What America is Becoming 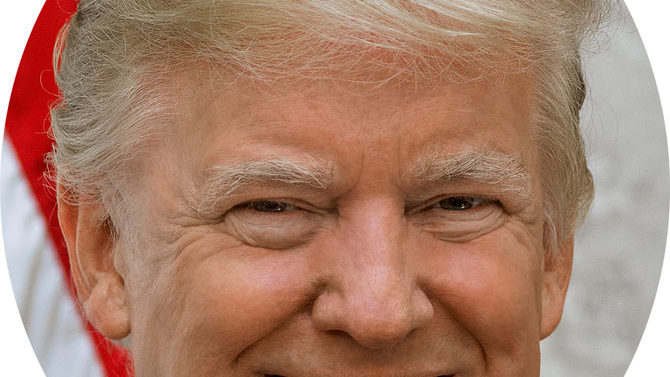 
Now all the truth is out
Be secret and take defeat
From any brazen throat,
For how can you compete,
Being honor bred, with one
Who, were it proved he lies,
Were neither shamed in his own
Nor in his neighbors’ eyes?

—William Butler Yeats, “To a Friend Whose Work Has Come to Nothing”

The finessing of the Mueller Report surely did take the wind out of our liberal sails. I have friends who say they have even quit watching Rachel. What’s the use? We waited two years to see what the report would find—two years of no leaks from a team headed by a lawyerly Republican war hero, a former head of the FBI. The denouement so far only proves again what a master of public communication our president is. Two years of denouncing the special counsel’s investigation as a witch hunt, and then his attorney general’s summary, and the Mueller Report is reduced to nothing more than a stamp of approval for the Trump regime. And still nobody has seen the report. Maybe by the time this is published, the report will be out also. What it will show, of course, is more bad stuff about the Trump family and its cohort, and it will also show that no matter how much bad stuff we know about them, it will not matter.

It certainly won’t matter that I say here Donald Trump is a national disgrace, a man ignorant of government, uncaring that his appointed officials are also ignorant or corrupt or both, that the protections built up over time for the health and safety of our citizens are being dismantled, that the Trump family uses the government to enrich itself, that our oligarchs have finally succeeded in flipping the tax system to engorge their estates while shortchanging “hardworking Americans.” Neither will it matter that Trump’s life is exemplary of everything our religions, our schools and our character-building youth groups have warned us against. He is a bully, a cheat, a liar, a malingerer, a tax-dodger, an adulterer, a braggart, a nihilist, a xenophobe, a… But what difference does it make? Can anybody dispute that Trump is all of the above and more, such as doing business with the enemy, encouraging white supremists and racists, undermining our alliances, denying climate change, exacerbating the conditions that send refugees toward our borders, accommodating anti-democratic dictators, etc.?

We all live around and are related to people who admire and support Trump, and that is more personally difficult and immediate than the damage he is doing to our nation, to our world. It is as if our loved ones are characters in Camus’ The Plague or Ionesco’s Rhinoceros, who have been taken over by an alien consciousness impervious to anything we might say or do to communicate with them about our country.

Trump continuously attacks the only medium that tells us what he is doing, while newspapers cut their coverage in the capital and local journalism withers. Meanwhile, the really fake news thrives as Trump’s mouthpiece. To listen to his avatars, Limbaugh and Hannity and the others, is to plunge into that alternate universe which has taken over the minds of those we know and love, but who are beyond our reach to discuss anything more than the weather, and even there we have to be careful.

All our lives, we have existed with political differences, especially here in the South, where race has always added a visceral element that stirs emotions as well as opinions. We are in different territory now. The very foundations of our government are undermined in plain sight, with the enthusiastic acquiescence of at least a third of our citizens, whose political influence is magnified by assiduous gerrymandering.

Our courts are packed with right-wing zealots. Our corporations are freed to trample our rights, despoil our land, pollute our air, poison our water, destroy our planet, endanger our safety, compromise our food, sicken our bodies, addict us with palliatives, avoid our taxes and enslave our labor.

Trump is only the figurehead, the ventriloquist’s dummy who mouths and tweets the words the unseen oligarchs suggest, but he is necessary to their schemes. They, as smart and rich and controlling as they are, seem somehow bent on destroying our own people, reducing us to powerless penury, ultimately weakening our nation so that, in spite of their slogans, we will not ever be made great.