Losing Battles: Trump and Kemp and Them 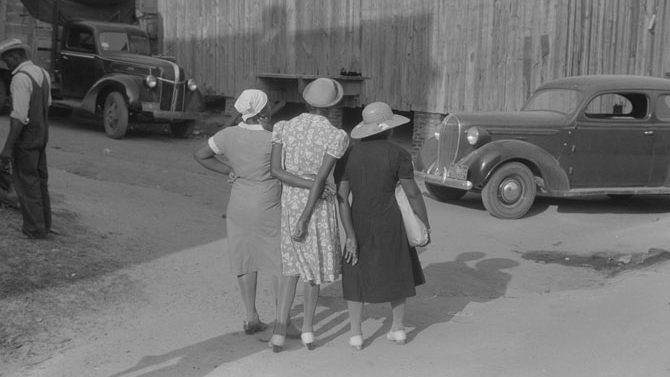 I had a conversation at the mailbox last week with my esteemed longtime neighbor, Vince Howard. He noticed the mailer from Stacey Abrams supporting John Barrow’s candidacy for secretary of state. That started us reminiscing about how many losing candidates we have supported through the years. That’s because we’re liberals, and the majority of Georgians are not. It’s that simple. Vince and I and our ilk are outnumbered, though only by a hair’s breadth this time around, and the predictions are that we may be in the majority soon, though the minority still controls the legislature and the governor’s office. That gives them the ability to continue gerrymandering Democratic voters, so that more and more of them elect fewer and fewer legislators, while fewer and fewer Republicans elect more and more of their kind. Our hometown, Athens, is a laboratory for Republican districting. Four of our five local legislators have only a piece of Athens in districts dominated by the surrounding rural counties.

I grew up in what is now Kemp country and Trump country, and I have often contemplated how it is that rural and small-town Georgians so strongly hold political views so different from mine and Vince’s. They would wonder the same about us.

It’s always about that forced immigration that brought people of different color, different languages, different religions, different education and put them to work that nobody else would do and then set them free but unable to own property or even own their own labor, not being legally allowed to make contracts, and denied adequate schooling.

Meanwhile, the people who brought them here had lost a disastrous war and were themselves conquered, scrambling to survive with their destroyed assets, trying to go back to their business of raising cotton, which their former workers needed to survive, too, even though they couldn’t own the land or their own labor. But the land was wearing out, and then the boll weevil came and ate their crop 10 years before the national economy crashed into the Great Depression.

So, let’s say that there never was any normal time when things could get sorted out, and everybody just settled into an uneasy truce, where they all lived close together, and you had to know your place in that order, or it wouldn’t work.

Country people are different, and small-town people are dependent on the country around them and on each other. And keep in mind that this rural Georgia is some of the most beautiful land in the world, with rivers and streams and swamps, woods and fields, hills and valleys—a paradise, in spite of the snakes and yellow jackets and scorpions and fire ants: a paradise that requires a gun for protection and to reap the harvest of edible creatures that roam through it.

Of course, a lot of this countryside has been covered with lakes and their gated communities and clear-cut and bought up by timber companies and the government, but there’s enough left to remind us of what it means to love the country and its freedom even when you’re living in town. It’s not Atlanta; it’s not Athens; it’s not even Macon, but it’s not bad. It is a way of life for half our people. So, of course they’re going to vote for that city-slicker Brian Kemp, because his scriptwriters handed him a shotgun (and he snapped it shut, pointing it at somebody, which no hunter would ever do), and they put him in the big pickup and blew up stuff and it had some country humor, and the alternative was the other side, was a breaking down of the old order, people trying to get out of their place. And of course, that ultimate city slicker, Donald Trump, instinctively understands how that country man feels, even though he himself wouldn’t last an hour in a real swamp. Trump’s genius is to translate his New York City street smarts into an attitude that resonates with people who otherwise would disdain everything he is. And that of course explains John Barrow, too, carefully posed against a farm fence, even though he has no idea how to deal with whatever is on the other side of it.

Political handlers know how to package the country flavor and sell it like sausage, but underneath all that hype are real people with their own values and their own history, and they are, after all, us.