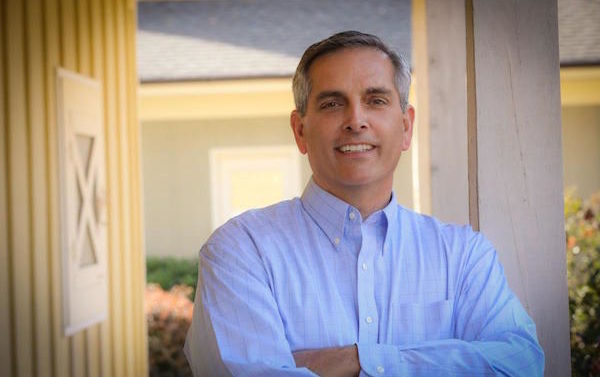 Barrow’s loss means that a Republican will be running Georgia’s elections in 2020—when President Donald Trump and one of his staunchest supporters, GOP Sen. David Perdue, are on the ballot—and 2024, when Gov.-elect Brian Kemp will be up for re-election.

It also comes amid widespread accusations among Democrats that voter suppression efforts under Kemp, the former secretary of state, cost Democrat Stacey Abrams the gubernatorial election.

The race was billed as a chance for Democrats to right perceived wrongs in the election process, but they passed. Not even a last-minute push by Abrams, who has formed a new group to challenge Georgia’s election laws and prodedures, could motivate Democrats to turn out again for Tuesday’s runoff.

Barrow—an Athens native and Harvard-trained lawyer who served on the county commission for 14 years and in Congress for another 10—had pledged to “give everyone an equal opportunity to vote,” which would in turn give Democrats a chance to compete in future years, rather than giving the GOP more opportunities to cull voting rolls to maintain an advantage.

With of 97 percent of precincts reporting, Raffensperger—a former state representative from Atlanta—led Barrow 53 percent to 47 percent. The Washington Post called the race at about 10:30 p.m

Raffensperger has kept a low profile since the Nov. 6 general election, even refusing to debate Barrow.

Eaton led Miller by a similar margin for the seat on the PSC, which regulates utilities like Georgia Power. Those utilities poured $1 million into the race on Eaton’s behalf.

Both runoffs were forced by Libertarian candidates who received a small percentage of the vote, but prevented either major-party candidate from surpassing 50 percent.

Although statewide general-election runoffs are rare in Georgia, Republicans have a history of turning out for these low-turnout elections in greater numbers than Democrats. For example, in a 2008 Senate race, Democrat Jim Martin came within 3 points of incumbent Sen. Saxby Chambliss, buoyed by Barack Obama’s bid to become the first African-American president, similar to Abrams’ historic campaign to become Georgia and America’s first black female governor. But in the runoff, Chambliss outpolled Martin by a 15-point margin.

Clarke County gave 76 percent of its votes to Barrow and 75 percent to Miller. That was higher than Abrams’ 70 percent, but turnout was just 26 percent locally, compared to 62 percent of registered voters in November. Statewide turnout was about 22 percent, with some absentee and provisional ballots left to be counted.

“I want to thank you for helping me in my campaign for Secretary of State — in the primary election, the general election, and in yesterday’s runoff.

As of late last night, it was unclear how many outstanding absentee ballots had been included in yesterday’s count, and how many had not yet been received and therefore not yet counted.  But it was clear that the number of uncounted absentee ballots was greater than the margin of difference.

It now appears that the number of uncounted absentee ballots is still greater than the margin of difference but is so small that there is very little chance of their affecting the outcome.  I have therefore extended my congratulations to Brad Raffensperger on his victory.  He’ll be our Secretary of State, and I wish him every success.

Though the outcome was not what we had wanted, what we’re working for is more important than ever: elections that are as fair and as accurate as they are secure.  In these polarized times that may seem like a never ending struggle, but it’s a struggle that’s always worth the fight.

Please know that I will always be grateful for your friendship and support — there’s no progress without both!”

Should I Go Home for the Holidays?