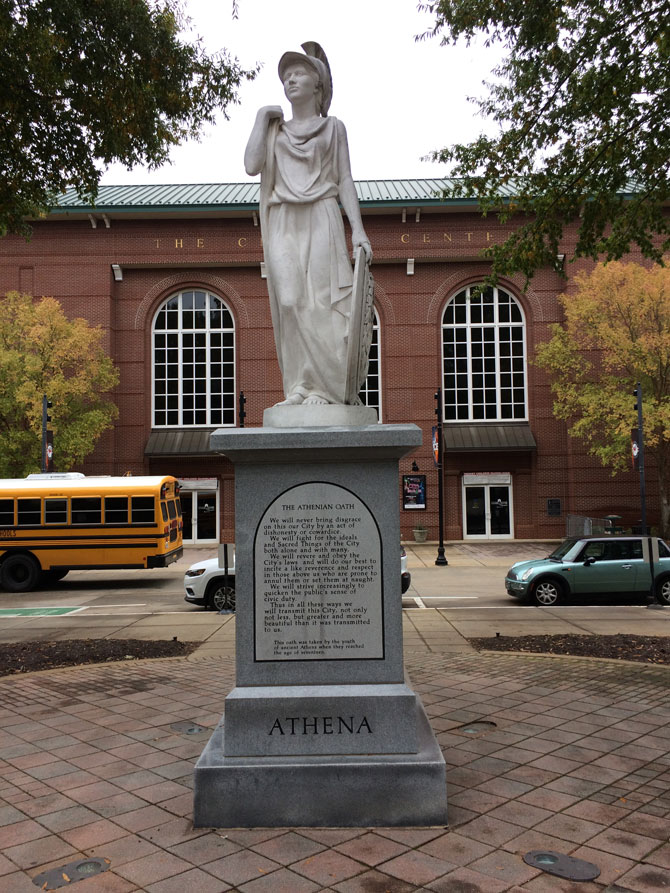 My older cousin by marriage, Bob Bryan, was an ardent Democrat, and he was liberal, even back when most Democrats weren’t. In the pre-internet days, Bob clipped articles out of newspapers and magazines and carried them around in his wallet. He loved to talk politics, and whenever I ran into him, Bob showed me something from the library stashed with his money, and he would stand there while I read it, impatient to know what I thought and to tell me what he thought. My cousin Lew keeps his father’s informative interests alive, from time to time sending out links to articles he thinks are worth reading.

We all have friends and family with whom we exchange articles, thoughts, comments and reactions to what’s happening. Since Donald Trump began dominating the news cycle, we’ve all had a lot to share. It’s a way of

In sharing articles and outrages from our digital wallets over the years, I have noticed a particularly somber reaction among Jewish friends, almost an expectation of the worst. Their attitudes struck me as outmoded, as a hangover from the horrible atrocities of the Nazis that began almost a century ago, that we have read about all our lives as history.

We could never understand how such a highly cultured and educated country like Germany could succumb to Nazism, but they did, and we beat them, and democracy prevailed against the dark forces of hatred and destruction. All you have to do is watch Casablanca to be reminded of who the good guys are and that nobody would want to be on the other side.

Our Jewish friends know better than to be lulled by the Hollywood ending. For centuries, they have been the targets when people are under pressure and are looking for somebody to blame, when leaders inflame resentment instead of addressing the problems that cause it. Now, we find ourselves again in a period of social stress, with a president who preaches divisiveness and others who echo it. His message is based on blame, and it emboldens the blamers.

It’s hard to believe that blame and hatred can be stirred here, especially against those who excel at being Athenians. Jewish Athenians enrich the intellectual endeavors at the university; they add savvy to our commerce and professionalism to our medical offices; and they enliven our arts and bolster our creativity. We enjoy their friendship and their civic concern. Our charities benefit from their generosity of time, talent and resources; our lives are enhanced by their sense of ethics and humane values. The Jewish community is intertwined in and indistinguishable from from the Athens community. We are all Athenians. To hate any of us is to hate all of us.

Athens is like Rick’s Café Americain in Casablanca—filled with a rich diversity of nationalities and people who respect each other and share a fervent desire for freedom and an opposition to oppression. Rick’s is no place for Nazis, and Athens abhors the Klan mind that builds illusions of superiority through belittling and dehumanizing those it thinks it can bully.

We have problems, and we have a renewed commitment to finding solutions when our new local government gets organized at the first of the year. As usual, and regardless of who is governor, we need to keep on working to make Athens a sanctuary city for the human spirit and to resist and discourage those whose motives are drawn from hatred.

We all need to be more like cousin Bob Bryan: filled with enthusiasm for ideals of justice and fairness and happy to convince anybody why that’s the best way to live.

No city, no school, no church is immune from the twisted hatred that seeks release in the murder of innocent people. The best we can do is continue working together here and to seek deliverance from the divisive spirit inflicted upon us by those who should be leading us. If we persevere, we may be enabled to fulfill the concluding words of the Athenian Oath: “We will strive unceasingly to quicken the public’s sense of civic duty. Thus, in all these ways, we will transmit this city not only, not less, but better and more beautiful than it was transmitted to us.”