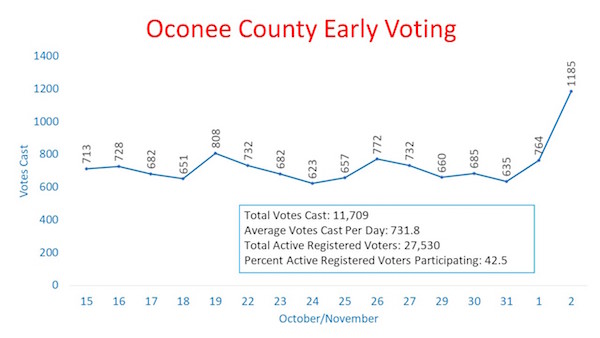 At the end of early voting on Friday, 11,709 Oconee County residents had cast a ballot, representing 42.5 percent of the county’s 27,530 active, registered voters.

Four years ago at the end of early voting, only 24.4 percent of the county’s then 22,526 active registered voters had participated, indicating final turnout for Tuesday’s election almost certainly will exceed by a considerable amount turnout four years ago.

Meanwhile, in Clarke County about a third of registered voters participated in early voting.

Turnout this year seems more likely to approximate that of a presidential election year than an off year.