I can remember when people didn’t say the word “cancer,” except maybe to whisper it. “She passed away after a long illness” was the euphemistic phrase used by newspapers. It was somehow considered shameful to have cancer.

It’s still that way with depression—worse, really, because nobody understands what depression is. Since there are no visible symptoms, even health professionals tend to treat depression as if it were a moral failing.

Linda Phillips, in her new book, with its perceptive foreword by Patterson Hood, shows just how far we still have to go to recognize depression as the serious illness that it is. Most Flagpole readers know who her son Nuçi Phillips was, even if, like me, they didn’t know him. And everybody knows about Nuçi’s Space, the health and music resource center in Athens. 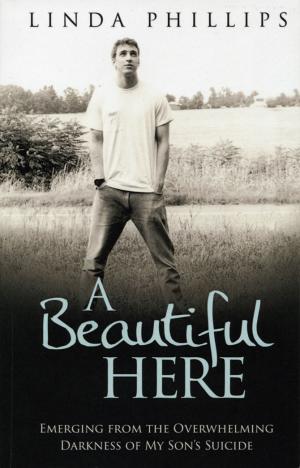 In A Beautiful Here, Phillips tells us about Nuçi, who was a musician here before he ended his own life on Thanksgiving Day 1996 at the age of 22. She also tells us a lot about their family: herself, her husband Pierre and their other son KP, Nuçi’s older brother. From deep personal experience, she shows us what it is like when depression strikes a member of a close-knit family—how difficult it is even for them to recognize the illness and to help one who is changing and pulling away from them.

This is, after all, a mother, for God’s sake, going back over the period when she watched, helpless in spite of her best efforts, as her son slipped away into the grip of an unfathomable disease.

And that’s the big point here. Depression is a disease. It is a disease that can be successfully treated in most cases, though it is frequently masked by the internalization of the suffering, while the victim appears cheerful or avoids contact with other people when the pain is too intense to hide. Yes, pain: unremitting, insufferable mental pain that finally leads to the overwhelming desire to end it by the only means that seems possible.

Phillips doesn’t inundate us with statistics, but look at this: “More people now die from suicide than car accidents. From 1999–2010, the suicide rate among Americans ages 35–64 rose by nearly 30 percent. Men continue to take their lives more than women, and firearms remain the No. 1 choice of demise.”

You know the rest of the story. Phillips, with Pierre’s support, decided to create a place to address some of the needs endemic among musicians—medical help, practice space and other resources—a supportive, congenial place where musicians could feel comfortable asking for assistance.

Under the consistently steady management of Bob Sleppy, the Space has become integral to Athens, especially to the music community. It’s a nonprofit, and thanks to Sleppy and the other staff members, Phillips has been able to step away and allow her creation to continue on its own. It is the center of a great network of healthcare providers and other support-givers, and it is a welcoming oasis for those whose serious pursuit of music must be balanced among the many other demands of life. All the good work that Nuçi’s Space does is dependent on community support, and in addition to volunteering, that always means money. Our money, in the capable and caring hands of Nuçi’s Space, goes directly and completely toward fighting depression and other ills among a group who may be particularly susceptible.

In A Beautiful Here, Phillips strikes just the right note. Her inescapable grief energizes the fight against the scourge that took her son. That effort is embodied in the work of Nuçi’s Space, and its motivating spirit glows from the pages of this mother’s manifesto.

Phillips and company will celebrate the 16th anniversary of Nuçi’s Space this Friday, Oct. 7. The party runs from 5:30–9 p.m., and Phillips will be on hand to sign copies of her book.