One Well-Known Friend Drops in as Another Leaves 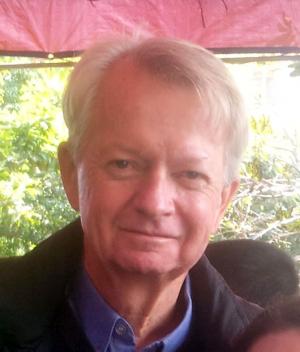 Our old friend Chuck Searcy will be in and out of Athens this week. Chuck, as his many friends here know, co-founded the famous Athens Observer weekly newspaper back in 1974 after an intense period of campus activism at UGA, following his return from service in Army intelligence in Saigon, during the Vietnam War.

Using skills honed as press secretary to U.S. Senator Wyche Fowler (D-GA), at the U.S. Small Business Administration under President Carter and as executive director of the Georgia Trial Lawyers Association (not to mention his early experience selling Wearever door-to-door), Chuck has for many years headed up Project Renew, an unexploded-bomb-removal organization in Vietnam’s Quang Tri Province (the so-called Demilitarized Zone).

Chuck is a familiar figure in Hanoi, where he has lived since 1995. Beginning Project Renew with slender resources, Chuck demonstrated his usual tenacity in supporting the demanding and dangerous work of his Vietnamese colleagues. His efforts have finally paid off. The U.S. State Department, urged by Sen. Patrick Leahy (D-VT), has begun funding Project Renew, after the many years Chuck visited Washington, Project Renew hat in hand. Project Renew is also working to mitigate the effects of the horrendous herbicide Agent Orange, which the U.S. military used extensively in Vietnam for defoliation.

If you want to see Chuck while he’s here, the best opportunity will be the annual block party organized by his good friend Dennis Waters, who lives in Chuck’s old house at 190 Milledge Circle in Five Points, and his next-door neighbor, Cary McGinnis. This year’s party, in addition to the usual heat and humidity, features two bands, Mamie and the Boys and Gypsy Wildcats. Mamie is Mamie Davis, the young singer-songwriter who grew up here and is now making her way in Nashville. The Wildcats feature chanteuse Kate Morrissey and popular Athens musician John Norris, an old friend of Chuck and Dennis who grew up with them in Thomson.

The block party will have Project Renew T-shirts and Vietnamese children’s drawings for sale to benefit the bomb-retrieval effort. There will also be some snacks and some beer. Bring some food and beer of your own; come see Chuck and other old friends and enjoy the music and the mosquitoes at the historic site where the Observer was founded. The party is at 180 and 190 Milledge Circle, this Saturday, July 30, beginning at 5 p.m. Bring a friend and a chair or two. 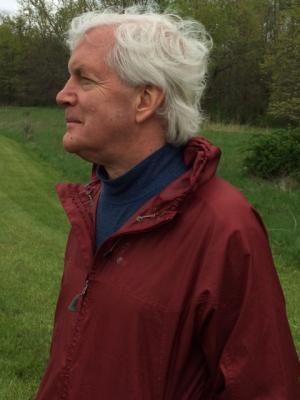 Longtime Athenian Stuart Libby has moved to Fairfield, IA to be near Franca Bator, an old friend from his art school days in San Francisco. Libby, whose art and frame shop, Loblolly, was a downtown fixture on Jackson Street for many years, has continued to do picture framing while creating his own oils on paper/mono prints. He was also proprietor of Little Kitty Enterprises, Inc., which he called his football-parking service at his duplex off Milledge Avenue—a fierce but friendly competitor to Flagpole’s football parking downtown.

Asked for a farewell statement, Libby sent these words. “I came to Athens Labor Day weekend, 1977… I had just moved from San Francisco, after spending four years there, BFA, 1976… I ran Loblolly Frame Shop & Gallery from 1979–2001. Athens is unique in this country. It draws some of the most creative and intelligent minds from the world over. It is a wonderful place to live and visit. I leave with a full heart. As I look forward to my new adventure, it is tempered with love and fondness for the people here in Athens.”

Stuart says his phone number and email address will remain the same, so it’s not too late to say, “So long.”