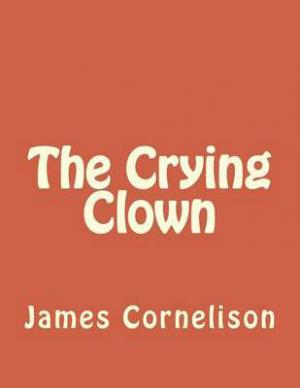 An underground Athens classic from the late 1970s has surfaced on Amazon’s Kindle, available to everybody. The Crying Clown is a novel written by Athens native Jimmy Cornelison, which a lot of people read in typescript while he tried unsuccessfully to get it published. Jimmy came of age here during the 1960s when Athens was in transition, with new industries coming in and the university beginning to grow, but with the town still small and run by the business community, with all the white kids going to Athens High.

Jimmy Cornelison grew up in that milieu working hard to be one of the cool kids, to dress right and drive the right car, to go on to the university and be in a fraternity and graduate and marry right and pursue his dream of making a million by parlaying his family dry-cleaning business into an empire.

The counterculture caught up with Athens, though, meaning that everybody started wearing T-shirts and jeans, with a greatly lessened need for dry-cleaning. On his way to his first million, Cornelison instead encountered bankruptcy and lost all his mortgaged cleaners.

In a way, that’s when Jimmy proved he really was cool. Down to his last two Buicks, he reinvented himself. He made himself into a writer. He moved his desk, chair and typewriter into the weekly Athens Observer and declared himself the sports editor. Since we didn’t have one and he didn’t ask for any pay, we just shrugged and said, “Cool.” It wasn’t long, though, before our friend Cornelison had made himself indispensable as a writer of charm and wit, if not always of punctuation.

When we first knew him, Jimmy was working on The Crying Clown, and he was working on it while he was at the Observer and finished it just before he left for a newspaper job in Charleston, SC. He later moved to Greenville, SC, where he was a popular writer with the Greenville News/Piedmont until he retired, having published in book form two collections of his newspaper columns.

The Crying Clown is autobiographical, to a great extent, about both Jimmy and his Athens. The book is almost naively honest in the sense that the protagonist is an admitted romantic who realizes that dreams never live up to reality, so that even his somewhat false sense of bravado is true to his vision of the world around him. The book, like Jimmy’s life, is about overreaching and falling short and finding that the bird in the hand is never as good as the two in the bush.

Anyway, Jamie Overington is the protagonist and narrator of The Crying Clown, and though you may find him overly self-involved, you’ll also probably find that you think he’s justified in trying to figure out the meaning of his life. He has a sort of James Dean/Holden Caulfield sense of not being philosophical but of taking it all in and trying to process it, to see find a greater purpose in the mundane details of coping with the gap between his dreams and the hand he is dealt, which he describes as “aces and eights.” I’m re-reading it after many years, and I’ll have a report on it later. Meanwhile, you can read it for yourself by downloading it to Kindle from Amazon.

Harold Williams is back in the hospital with a kidney infection and a fever, as he fights against his paralyzing injury. But this doesn’t mean you can’t send him a card. Just send it to him at home at 130 Plantation Dr., Athens, GA 30605, and we’ll be optimistic that he’ll be home soon. As everybody knows, when God made Harold, the human experiment pretty much hit the top, and he has been the gold standard ever since. Hang in there, Harold!