New Book ‘Over the River’ Details the History of East Athens 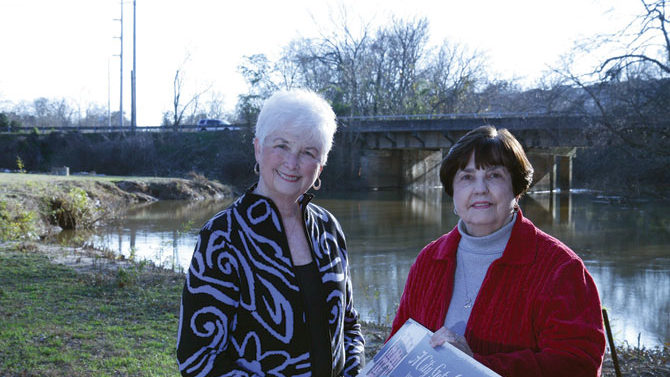 It’s high time we gave some props to East Athens.

Look through the annals of local lore, and you’ll find hundreds—or, more likely, thousands—of pages written about the west side of Athens: its columned houses and cotton mill and the university that drives a wedge between the two sides of the city. Bottom line, we know a lot about the part of the city that’s west of the North Oconee River.

Well, thought Maxine Easom and Patsy Hawkins Arnold, we should do something about that.

They did, and the result is the 609-page book Across the River: The People, Places, and Culture of East Athens. It’s a celebration of a part of Athens that has long lived outside the spotlight, and the first book ever written specifically about the history of East Athens.

“Our area is what Athens was originally, before consolidation, the First Ward. And it was, in actuality, the first ward,” says Easom, referring to the original city wards, similar to today’s commission districts. “That’s why this story is urgently important: because there’s nothing written about East Athens, and it was where Athens started.”

Both Easom and Arnold know a thing or two about that side of town. Both grew up in the area of Carr’s Hill and Oak Street, and can count multiple generations back from the area. Their mothers attended elementary school together at the old Oconee Street School—now slated to become apartments through a historic preservation tax credit project—and Arnold recalls her mother and father, as a young couple, sharing a house with Easom’s parents.

Arnold and Easom went on to live and work in the neighborhood, as well. Arnold went on to have a long career as school secretary for Cedar Shoals High School and later Clarke Central; Easom taught in East Athens schools for decades, eventually advocating for the construction of Fourth Street Elementary School and serving as its principal before moving on to helm Clarke Central. But they both admit to not fully investigating the history of their neighborhood until after they retired.

“Now, I don’t want to say to you that I grew up knowing all this, because I did not,” says Easom, who, about a decade ago, was asked by the Athens-Clarke Heritage Foundation to lead a historic tour of Carr’s Hill. “I said, ‘Well, I grew up there, but I didn’t know the history.’ I spent the summer [doing research], and it was just supposed to be one tour, but people were interested, so there were many that year. Then I ran into Patsy, and I said, ‘We need to write a book.’”

The remark was off-the-cuff, but not long after that, they ran into each other again. “And she said, ‘Are you serious?’” adds Easom.

So, the friends began to methodically tell the story. With each coming from an education background, they knew they wanted to include schools, as well as the churches of the area. But there was something always unsaid—this nagging feeling—that both knew they had to address: a certain perception of East Athens.

“Dr. Farris Johnson grew up in East Athens, and I said to him that I was writing a book about East Athens, and he said, ‘You going to put in there what everybody says about East Athens?’… That nothing good ever came out of East Athens,” says Easom. Residents, no matter if they were white or African American, grew up with the same understanding: that life on the east side of the river was somehow different than that on the west side. “So, part of the book addresses the why—the mill concept, the mill village, the idea of working class versus either the people teaching at the university or, as soon as they could leave, they moved [to the west side].” 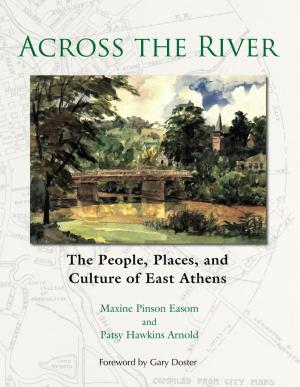 In the early days of Athens, when cotton reigned and it was just a small town on a railroad line, the two East Athens cotton mills, Athens Manufacturing and Whitehall Mill, put it on the map.

For as much as the textile mills along the river helped pump up a small town, Easom says the small houses that sprang up around them were looked down upon by the residents on the other side of the river. It was similar in other communities where she researched mill village concepts—no clear reason, just a cloud that hung over certain areas.

The residents of these mill villages have a wildly different view of their upbringing, say Arnold and Easom. Aside from the racism that permeated all aspects of life—it wasn’t until the 1970s when the Chicopee Mill’s workforce became integrated, for example—they say residents, both African American and white, recounted a similar sense of community. Everyone knew someone whose house was the gathering place on Friday nights to listen to records. All the parents looked out for each other’s kids.

Chapters in the book cover the mills, churches, leisure activities, businesses (particularly grocery stores) and “notables” from East Athens. There is also a section of personal stories and recollections from a variety of residents. The start of each chapter includes a map that highlights key places discussed in it.

Arnold and Easom also point to a discovery they believe they made while sifting through the archives of the Hargrett Library: a photo that depicts the original East Athens school, the first school for African-American children in the neighborhood. The building, located at the corner of Water Oak and Griffith streets, was torn down decades ago. No known photos exist of the building, but the authors believe, since the time and location of the photo can be verified, that it’s the long-lost school.

“This is looking across the river, up in the direction of Third Street,” says Easom, pointing to a tower that pokes up out of the sea of low-slung houses in a black-and-white photo. “We know where this is looking, and there weren’t any other tall buildings. And this is a two-story building with a pinnacle.”

There’s more. A lot more—history that didn’t make it into print, and even more still uncovered. It’s a start, they say.

“I kept saying, ‘Are we stopping?’” says Arnold. “In the beginning, we were finding out these wonderful things that we didn’t know, and I said, ‘Maxine, I don’t really want a two-hand book.’ You’d need two hands to read it.”

Easom pauses and considers the pile of pages in front of her. “Well, now we have a three-hand book.”

Celebrating Across the River