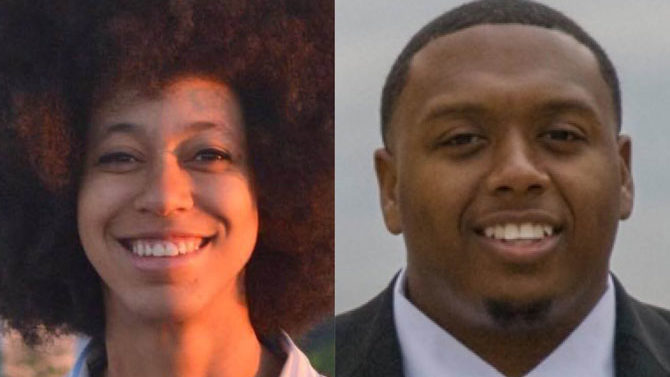 While Mariah Parker and Taylor Pass are both young and African American, they come from very different backgrounds. Pass is an Athens native, ex-football star and grandson of the late local civil rights leader Evelyn Neely who works at the clinic Neely helped found and attends politically connected East Friendship Baptist Church. Parker, a UGA PhD student in linguistics, has lived in the district for just four years, but has made a name for herself (or two names, rather, as she raps under the moniker Linqua Franqa) as a political firebrand fighting against economic inequality and for social justice. The Athens-Clarke County Democratic Committee has certified both candidates, while the progressive group Athens for Everyone endorsed Parker and Republicans in a straw poll prefered Pass.

My every policy position is oriented toward the alleviation of poverty. As people of color (and other marginalized groups such as seniors, people with disabilities, the LGBTQ community, low income women) have been historically and purposefully kept poor by discriminatory practices and unjust economic policy, fighting poverty and discrimination are inextricably intertwined as my two most important foci as commissioner. Efforts to this end include fighting for a permanent, dedicated civil rights committee and a comprehensive anti-discrimination ordinance, deprioritizing arrests of marijuana, investing in job skills training programs and youth development programs, establishing fare free bus service, and expanding access to affordable housing, among other initiatives.

Gentrification in District 2 is a major challenge. While, I encourage and support others decisions to invest in District 2, I do not want seniors that have lived in the community for decades to experience significant property tax increases because their neighborhoods are drastically changing. Thus, I support the idea of assessing property tax for senior citizens to be associated with their incomes.

After speaking to with a number of individuals in District 2, I feel that parking is an issue that needs to be addressed. Residents of District 2 have complained of individuals parking illegally on their property, particularly, during game days and police officers not issuing citations when called to address these matters. This practice cannot continue. Those that park illegally on the properties of residents of District 2, should expect to be given citations and risk the possibility of their vehicles being towed.

Athens-Clarke County Police East Substation is a beautifully constructed police precinct that is under staffed. This precinct should be fully functioning, with adequate staff and law enforcement to address the concerns of citizens of District 2 within minutes. Residents should be able to walk into this facility and report crimes or concerns they feel need to be addressed by law enforcement. I will advocate funds be allocated to make this substation a functioning police precinct that residents can utilize.