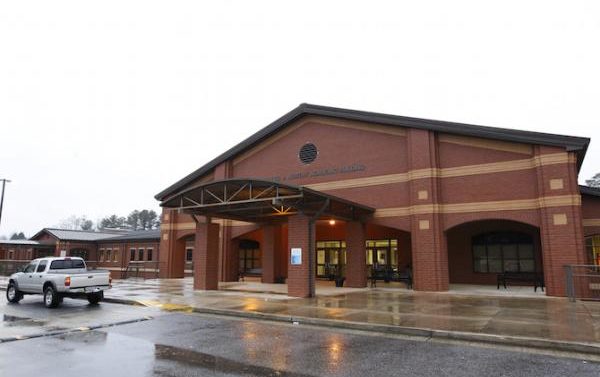 An alleged rape at Cedar Shoals High School two years ago that rocked the Clarke County School District—leading to the firing of Cedar’s principal and contributing to the resignation of the district’s National Superintendent of the Year—ended last month in a much quieter manner.

The three men accused of raping a fellow student in a school stairwell in January 2016—Xavier Marquise Clarke, Markel Dereek Brannon and Jaivious Malik Collins—all pleaded guilty to misdemeanor child molestation and received a sentence of time served, according to the Clarke County District Attorney’s office and Superior Court documents. They had previously been indicted on charges of rape, criminal attempt to commit aggravated sodomy, false imprisonment, conspiracy to commit rape, influencing a witness and tampering with evidence, but a grand jury dismissed those charges in November, just weeks before a trial was set to begin.

According to Collins’ attorney, Alfred Fargione (in information Flagpole is the first to report), the dramatic reversal most likely stems from text messages found between the victim and Collins before and after the incident that “prove that there were some issues with the story that had been told to [police and prosecutors].” Fargione told Judge Regina Quick during court proceedings that “I found it unlikely that someone who had, in fact, been forcibly raped would discuss the genitalia size of their rapist and would compliment them on that.

“I honestly do believe it’s the text message conversation which laid a great deal of doubt on the veracity of the story that was initially told,” Fargione added.

During the proceedings, Collins, who was 17 at the time of the incident, spent 163 days in jail and 17 months under house arrest. He told Quick that “once I did this act, that pretty much ruined my life for two years… Two years of my life is gone. I’m still—I’m technically a high school dropout. I only have 11th grade education, and I want to go back and work on my education and hopefully go off to college and, you know, pursue my dreams that I still have hope [for].”

Brannon and Clarke, who were both 18 at the time of the incident, were confined for 169 days and 294 days, respectively, and received credit for time served because they are first-time offenders. The three were ordered to have no contact of any kind with the victim and faced no additional fines.

Collins, who said the act with the victim was consensual, admitted to the child molestation charge because the victim was under the age of 16 at the time of the incident. He told Quick he was pleading guilty because he was “ready for this to be over.”

During the proceedings, deputy chief assistant district attorney James Chafin said there was a discussion amongst the parties during the incident that “one person thought that she was too young, and that’s why he didn’t do anything further. So there seemed to be some acknowledgment of that at the time.”

The victim was in the courtroom during the proceedings.

Chafin asked for a year in confinement for Collins, noting that “it’s been a very serious case, a very difficult case for, not just the defendants, but also the victim and the people around. This situation happened at a public school in the middle of the day, and there’s a lot of difficulty around this situation.”

Quick did not agree, and released Collins from further punishment.

The incident took place on Jan. 7, 2016, but students, teachers, parents and the public only learned about the alleged rape nearly a month later, when the Athens Banner-Herald first reported the arrests of the three teenagers on sexual assault charges. The victim reportedly told school officials about the alleged assault on the same day, but two of the three accused students were not suspended and remained in school for three weeks before their arrest. The 15-year-old girl transferred outside the district immediately after telling school officials.

Part of the evidence against the three teens was a video from a camera in the stairwell, but school administrators initially believed it was broken. Authorities could not download it, but eventually made a “video of the video.” Chafin noted during the recent court proceedings that “there was a camera that was in place, but it is grainy and it is dark.”

Philip Lanoue, who as Clarke’s superintendent was coming off a year where he was named National Superintendent of the Year, found himself in the middle of a crisis. Lanoue, who announced the day the rape report appeared in the Banner-Herald that he was leaving Clarke to become superintendent of the Fulton County school system, faulted school police and Cedar administrators for lack of communication about the arrests, and placed Cedar principal Tony Price on administrative leave until his contract expired.

Initially, Price only knew the identity of one of the accused students, and that student said the sexual encounter with the 15-year-old girl was consensual, according to a March 2016 statement issued through Price’s then-lawyer, Michael Daniel. Students can be suspended for consensual sex on campus, but Price couldn’t have fairly suspended the accused students without also suspending the alleged victim, according to the statement.

The statement accused Lanoue of making Price a scapegoat. It went on to read: “Dr. Price was placed in the difficult position of addressing a sexual relationship where one party contends it was consensual and the other party contends it was not. The information provided to Dr. Price was very limited. Dr. Price did not want to make a formal conclusion that the sex was allegedly consensual, which would make the young lady a victim of the process, i.e. she would have had to be suspended. Because of the serious nature of this alleged crime, Dr. Price was wise to wait until the investigation was completed, or at least arrests were made.”

Subsequent months would bring a steady stream of angry parents, and discipline and attendance changes at the school district. With the Board of Education’s approval, Lanoue included funds for additional security guards and school resource officers in his 2017 budget. Administrators also wrote new policies to improve communication among school and city police, top administrators and the school board, and streamlined and clarified the district’s student code of conduct.

Although it turned out that the stairwell encounter was consensual, one board member, Sarah Ellis, who was vice chairman at the time, said the reforms were necessary because the incident brought to light other flaws in district policy and board governance. “On first blush, I still think there were administrative issues at that school if students were out of their room for any infraction to occur,” she said. “It was still an unfortunate incident to occur in a place of education.”

Shortly after the news broke, Lanoue withdrew his name from consideration for the Fulton County superintendent position. In September 2016, he announced his resignation after seven years as Clarke’s superintendent, saying, “It’s just time to move on.”

In August, Demond Means, Lanoue’s replacement, hired a Wisconsin law firm to investigate the handling of the alleged rape. Means said he wanted the firm to look into the district’s legal policies and procedures, security protocols and the communication among school officials following the incident. The results of that report have yet to be publicly released.

While the school district is looking at what happened in the past, Collins, who was an accomplished wrestler at Cedar Shoals, is looking ahead. He has a goal to get his GED, and he still might have an opportunity for a wrestling scholarship from a college in Indiana, according to Fargione.

“Mr. Collins has been punished enough,” Fargione said during the proceedings. “When you Google Mr. Collins’ name, the first thing that comes up isn’t the fact that he was, in fact, exonerated by the grand jury on a rape charge. The first thing that comes up is that he was arrested and named a rapist. For the rest of his life, that’s what’s going to follow him, even though that is, in fact, not what happened.”