Everything You Need to Know About T-SPLOST 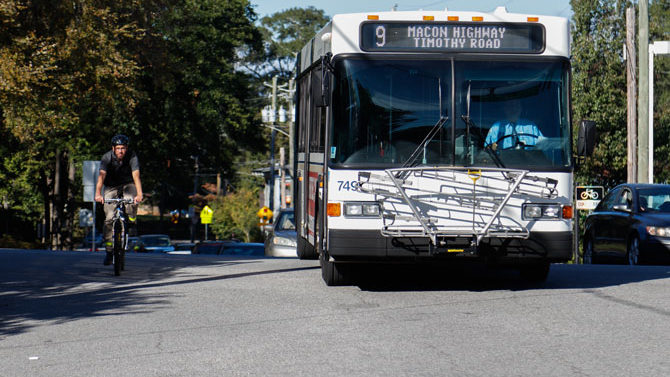 If you’re experiencing déjà vu when you hear “T-SPLOST,” you’re not going crazy.

Athens voters already (sort of) approved T-SPLOST in 2012. That is to say, Athens voters approved of the idea of raising sales tax by 1 percentage point to pay for transportation improvements. But Athens was lumped into a region with 11 other counties where voters didn’t agree, and so the tax didn’t pass.

This time, the pennies spent in Athens will stay in Athens. Crucially, that includes pennies from people who live outside of Athens-Clarke County, as well as residents. “We need everyone who uses our local transportation network to help fund it,” says Alice Kinman, who heads the T-SPLOST Citizens Advisory Committee, which recommended projects to the Mayor and Commission and is now charged with promoting the list. “That includes people who live here and people who work, play and visit here.”

Critics fret that raising the local sales-tax rate to 8 percent could push businesses and consumers over the county line, although Kinman doubts that’s the case, noting that the tax hike amounts to just $1 on a $100 purchase. “It doesn’t really seem like this is going to motivate people to spend that extra $1 on gas to shop elsewhere,” she says.

An estimated 40 percent of local sales taxes are paid by non-residents. The alternatives to T-SPLOST are to go without these amenities—not an option, in the case of necessities like crumbling roads and bridges—or raise property taxes to pay for them, putting the burden solely on home and business owners in a county where more than half the land is tax-exempt. T-SPLOST will raise an estimated $110 million over five years—the equivalent of a $427 tax hike on a $200,000 home.

Kinman believes that the majority of voters favor T-SPLOST, but since it’s the only thing on the ballot for half of Clarke County on Tuesday, Nov. 7 (others will be voting in one of two state House special elections), she’s worried that supporters won’t be motivated to turn out. Athens is “kind of in a boom time,” she says, with steady population and job growth and a rising graduation rate, so we should invest in economic development and prepare for future growth.

Airport Capital Improvements ($1,531,000): This money could be leveraged into $30 million in state and federal grants to improve Athens-Ben Epps Airport, which could help draw a commercial airline.

Bus Stop and Transfer Facilities ($500,000): Improved signage, shelters, seating, trash cans, lighting, bike racks and other improvements, as well as transfer stations that will allow for routes outside of the “hub and spoke” model centered around the downtown Multimodal Center.

Firefly Trail ($16,752,000): Extend the trail from Old Winterville Road through Winterville to the county line and build a pedestrian bridge to replace the Murmur trestle over Sandy Creek.

Pavement Rehabilitation ($25,600,000): Repave streets that have gone without maintenance thanks to state cuts in grants for local road work.

Tallassee Road Bridge Replacement ($6 million): Replace an aging bridge over the CSX railroad with one that’s wide enough to accommodate bikes and pedestrians as well as cars.

Downtown Transportation Improvements ($7,097,000): Supplement SPLOST 2005 funding for Clayton Street utility and sidewalk work that proved to be insufficient when the project was put out for bid.

Bicycle Improvement Program ($6 million): Funding to implement Athens in Motion, ACC’s updated bike and pedestrian master plan, due to be released next year.

Pedestrian Improvement Program ($11 million): Athens has a 25-year backlog of sidewalk requests, and this money will pay to build them, based on priorities set by the Athens in Motion plan.

Atlanta Highway, Prince Avenue and Lexington Road ($4 million apiece): This funding is set aside to improve Athens’ “gateway corridors,” which could include beautification as well as bike- and pedestrian-safety improvements recommended by various studies over the years.

Acquisition of Private Streets ($340,000): Funds to repair privately owned streets that developers never deeded over to ACC and have since neglected.

This article has been updated to correct the location of the Tallassee Road bridge.