Developers of a Pulaski Seed Mill Take a Cotton to History 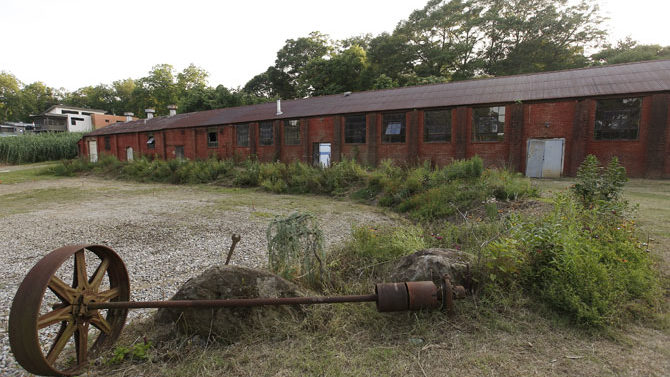 For over 100 years, what was once one of many Southern Cotton Oil Co. mills has stood on Pulaski Street. Since 1922, the building has been largely silent, until now. Developers plan to put in a community market in a preservation project that aims to protect the history of the space.

According to Keyes Williamson, a historical architect hired by developers Karl Barnett and Todd Burton, the location of the incoming development began as a cotton-oil mill. With the advent of the cotton gin in 1793, cotton production in the South increased exponentially, as did the number of cotton seeds left over as an unusable byproduct. This was the case until David Wesson pioneered a way to process oil extracted from the seeds in the late 1800s.

“There were companies that realized you could take the cotton seed, and you could squeeze it, and you could not just produce an oil, but also take what’s left over and turn it into a third product, be that fertilizer or livestock feed,” Williamson says. “So they were shipping out oil, but they’re also selling locally this fertilizer to people.”

Generally, the working conditions in factories like the one on Pulaski Street were not ideal. Workers put in long hours for little pay. “In general, the workforce for this type of facility would be predominantly or exclusively African American. It would have been extremely low-paying, extremely difficult work,” Williamson says. “You’re working 14-hour days and taking home a very small paycheck, and it was dangerous. You’re working in close quarters with a lot of machines.”

Southern Cotton Oil Co. bought the building from the Athens Cotton Oil Co. in 1903. “They had buildings all around the country. In fact, they were really expanding at this time. They just took off, and they became the most powerful cotton oil company around,” Williamson says.

The wooden parts of the mill burned down in April 1915, according to The Athens Daily Herald newspaper. By July of the same year, Southern Cotton Oil was rebuilding the mill. This time, the buildings were made of brick.

After 1922, however, the building was vacated. World War I and the boll weevil took a toll on the industry. Southern Cotton Oil “had gone from being very prominent to disappearing in a very short period of time. You see this collapse of the industry,” Williamson says. “From 1900–1920, you have this phenomenal growth in the industry, but like any other industry, you can build up and build up and then have it come crashing down.”

Since the closure of the Athens branch of Southern Cotton Oil, the old mill has been very quiet. This development will change that—a prospect not unwelcome to some neighbors, like Mark Ebell and Laura Bierema, who live next door. When they moved in, they were aware that the site of the development was for sale and zoned commercially.

“We have publicly given it our support. I think that in terms of what the developers could do there and what they are doing there, we are very happy,” Bierema says. “There’s always some concern, but knowing something is going in there, I think it’s the best we could hope for.”

From a historic preservation standpoint, Athens-Clarke Heritage Foundation Executive Director Amy Kissane is also hopeful about the project. “They really want to highlight [the building]. They’re not looking to overwhelm it. I think that they are trying to preserve that facade,” Kissane says. “I feel like they are trying very hard [to ensure] that, when you look at the building when it’s done, you will be able to tell what the original building was, there will be no question about that.”

According to Barnett, the development will include about 20 newly constructed one- and two-bedroom condominiums in addition to the mill, which will house a market with food and craft vendors. A smaller shed on the property will be torn down. Parking will be off College Avenue, accessible via a pedestrian bridge over Moore’s Branch, the creek behind the property.

“I think it could end up being a very cool reuse of this property. I’m glad because they don’t have to preserve the building; they could have proposed to tear it down,” Kissane says. “I think they’re trying to respect it and at the same time make the property viable. I can’t wait to see what the final project looks like.”