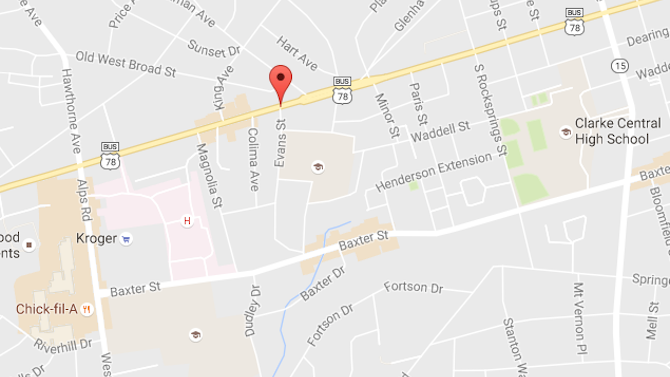 Athens-Clarke County, Clarke County School District, Athens Housing Authority and Athens Land Trust officials, along with residents who live off West Broad Street, met with a consultant July 28 to kick off discussions about the future of the Rocksprings and Hancock Corridor neighborhoods, including their school buildings and public housing.

The group has hired the urban design and redevelopment planning firm Lord Aeck Sargent to do a “feasibility study” for a future master plan. “We historically have done a lot of neighborhood planning, so we’ve worked in a lot of intown neighborhoods that have very similar character and assets like you have here,” project manager Robert Begle said.

The study is broken up into three phases that Begle said will take around two months each. The first phase will involve taking stock of the existing features of the neighborhood. “We would go tour all of these facilities. We want to put our eyes and our feet and our hands on all of those. We want to see how they interact and see how all these things connect,” Begle said.

The final phase will result in an implementation plan. “Then we start to work on the implementation mechanisms. How does that get funded? How does it organizationally work? How do we engage the broader community?” Begle said.

Begle and his team plan to meet with what they have identified as the five stakeholders—the West Broad community, CCSD, AHA, ACC and ALT—during and at the completion of each phase. “We also want to have some forums where anybody from the neighborhood can come and weigh in on this,” Begle said.

This feasibility study is only the first step of the process for West Broad redevelopment, Begle said. “I do want to be clear: Doing some planning work does not necessarily mean you get to the end of the planning and then start building something. There’s a whole other thing that happens there with funding and stakeholders,” he said.

Although this study is not a master plan, it hopes to narrow down the pool of possibilities. “A lot of times you think of feasibility like, ‘Can we even build this?’ But to me, it’s more about what’s realistically feasible that is adding something to the area,” Begle said. “This is more about, here’s the world of possibilities, which of these makes the most sense and adds to the bigger story [of the community]?”