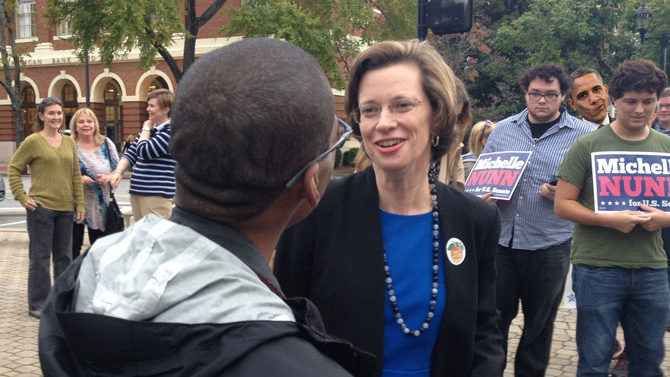 Four years ago, Republicans completed the takeover of state government they’d started a decade earlier, sweeping every statewide office by double-digit margins. This year is an entirely different story.

For the first time since 1998, Democrats are poised to fight back from the brink of extinction. Polls showed Gov. Nathan Deal and challenger Jason Carter, as well as Senate candidates Michelle Nunn and David Perdue, essentially tied two weeks before Election Day Tuesday, Nov. 4. Republican incumbents in down-ballot races are faring better, but the open state school superintendent seat is up for grabs.

Here’s a look at what’s on the ballot:

U.S. Senate: David Perdue survived a grueling Republican primary that wrapped up in July, winning the right to face Democrat Michelle Nunn, who waltzed through her own partisan race unscathed. They both have strong political pedigrees (Michelle’s father is ex-Sen. Sam, while David’s cousin is ex-Gov. Sonny) but little else in common.

Nunn is walking a fine line, trying to appeal to whatever few swing voters are left without alienating liberals. For example, while embracing certain aspects of the Affordable Care Act, such as Medicaid expansion and coverage for pre-existing conditions, she has never said how she would have voted on the law as a whole. On immigration, she supports the comprehensive reform plan put forward by Republican Sens. Marco Rubio and John McCain, which Perdue has called “amnesty” even as McCain has campaigned for him. She’s also hit Perdue on other popular issues, such as schools—Perdue has called for eliminating the federal Department of Education— and raising the minimum wage.

But the nonprofit CEO’s primary line is that Perdue is a plutocrat. He’s an easy target for such a charge, having spent part of his career as an executive outsourcing jobs and laying off workers, earning tens of millions of dollars in the process. (Perdue has defended his business record as a net plus for the economy—pointing to Dollar General’s expansion under his leadership—and touts his experience as needed to turn around the economy.) 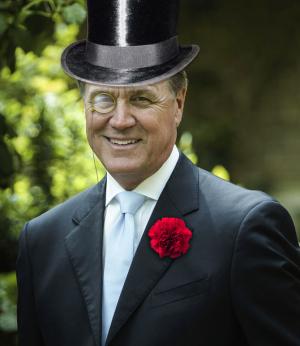 Perdue’s positions on the issues are generally mainstream Republican, and he’s done everything he can to tie Nunn to President Obama, who is unpopular in Georgia. The Nunn campaign gave him a gift when someone leaked a strategy memo that said, among other things, that she is weak in rural areas and vulnerable to attacks that her nonprofit, Thousand Points of Light, gave money to an organization that supports terrorism. Sure enough, Perdue and supporters have spent millions airing those attacks.

Although the governor has a far greater impact on Georgians’ everyday lives, this is a race with national implications, given that Republicans have a good chance of taking control of the Senate next year. The presence of a Libertarian candidate, Amanda Swafford, could push it into a runoff.

Governor: What is it with political dynasties this year? State Sen. Jason Carter (D-Decatur) takes on Republican incumbent Nathan Deal, who with nearly 40 years in elected office is a dynasty unto himself.

We all know about Deal’s ethical problems (detailed by Better Georgia’s Bryan Long in last week’s Flagpole), but this race has been fought mainly over education and jobs. After seven years (three under Deal) of recession-driven “austerity cuts” to local school funding totaling $8 billion, Deal finally pumped $300 million into K-12 education this year—a budget Carter didn’t vote for, saying it didn’t go far enough. Carter has proposed a separate budget for education that legislators can’t touch, but Deal has questioned how Carter would find more money to put into schools.

They also disagree on the HOPE Scholarship, vital to so many University of Georgia students and the Athens economy. Legislation backed by Deal cut HOPE across the board for all but the brightest students after lottery revenue flagged. Carter introduced a bill that would have means-tested HOPE, reserving it for families that make $140,000 or less—a plan that Deal tags as hurting the middle class.

On jobs, Deal, citing a trade magazine, claims Georgia is the No. 1 state to do business. Carter points to Georgia’s 7.9 percent unemployment rate—dead last among states. That doesn’t matter, Deal says, because the private sector is adding jobs. What he doesn’t add is that the public sector is shedding them.

Libertarian Andrew Hunt, a nanotechnology entrepreneur and (don’t hold it against him) a Georgia Tech graduate, casts a pox on both their houses. Hunt has no delusions of winning, but he is trying to convince voters that they won’t waste their votes on him because supporting him will send the race to a runoff.

Lieutenant Governor: You may have seen a TV ad featuring Lt. Gov. Casey Cagle and the Athens Career Academy’s Katy Arrowood highlighting Cagle’s support for career academies—hybrids of traditional public high schools, vocational schools and technical colleges. Although the Republican lieutenant governor has laid low in recent years and is very likely to be re-elected to a third term, he’s one of the frontrunners for the governor’s mansion in four years, and he’s not taking any chances.

Cagle’s opponent is Connie Stokes, a former Dekalb County commissioner and state senator. Like Carter, Stokes is calling for Medicaid expansion and additional spending on education. She is also in favor of sustainable development and transportation options other than cars.

Secretary of State: This office is a catch-all that does everything from overseeing elections to registering corporations to issuing permits to hair stylists. The Republican incumbent, former Athens state Sen. Brian Kemp, is perhaps best known lately, though, for an investigation, based on just one complaint and a mere handful of incomplete forms, into tens of thousands of voter registration applications submitted by a Democrat-run group. His opponent is Doreen Carter, a Lithonia city councilwoman and entrepreneur.

Attorney General: Another 2016 gubernatorial hopeful, Republican incumbent Sam Olens, made a name for himself in 2012 by ushering a much-needed overhaul of state open-records laws through the legislature. More recently, he became embroiled in Deal’s ethics commission scandal when a judge chided him for not handing over key documents to the plaintiff that supported Stacy Kalberman’s allegation that Deal’s staff interfered with an investigation into Deal’s campaign. Democrat Greg Hecht, a former prosecutor and state lawmaker, has criticized Olens for his handling of that case, as well as for defending Georgia’s ban on gay marriage. Hecht, meanwhile, has found himself under fire for falsely claiming a number of sheriffs had endorsed him.

Agriculture Commissioner: Republican incumbent Gary Black, in spite of his agribusiness background, has been fairly progressive, championing locally grown and organically farmed foods. He also belatedly fired two staffers after a wild party at Lake Blackshear last year that involved drinking, sex and wrecking a state vehicle (yikes). His Democratic opponent, Christopher Irvin, has criticized Black for taking six months to fire those staffers. Irvin is the grandson of longtime ag commissioner Tommy, who retired in 2010 after more than 40 years in office,

Insurance Commissioner: Ralph Hudgens, a Republican who once represented Athens in the state Senate, is best known for declaring that he would do everything in his power to obstruct Obamacare. (He later walked it back, saying he was merely feeding red meat to a GOP audience.) Liz Johnson, a Democratic retired insurance agency owner from Savannah, supports the Affordable Care Act and expanding Medicaid. She says Hudgens is too beholden to the insurance companies that fund his campaign. A Libertarian, Ted Metz, also is running.

School Superintendent: If Democrats have a chance to win a down-ballot race, this is it. South Georgia educator Richard Woods beat Mike Buck in the Republican primary. Buck works for incumbent John Barge, who tried and failed to knock off Deal. Now Barge has endorsed the Democrat, Valarie Wilson, a Decatur school board member and Atlanta BeltLine executive, for the open seat. The issue? Common Core: Barge and Wilson support it; Woods opposes it.

Public Service Commissioner: The PSC, which regulates Georgia Power and natural gas, is divided into districts, but commissioners are elected statewide. Libertarian John Monds is seeking a rematch with Republican incumbent Doug Everett. In 2008, as this year, Democrats didn’t run anyone and lined up behind Monds. There is a Democrat running for the other post up this year, Daniel Blackman. He and Libertarian Robin Gilmer are taking on Republican incumbent Lauren “Bubba” McDonald, a longtime politico who is generally viewed as being in the pocket of the utilities.

10th Congressional District: You know him, you love him—the one and only heir to Rep. Paul Broun, the Rev. Jody Hice! Broun lost his Senate bid earlier this year, but Hice is cut from the same fundamentalist, Muslim-baiting cloth. In the other corner is Ken Dious, an Athens attorney whose views are a hodgepodge of left and right; he does not, however, believe that our Middle East policy should be dictated by lunar eclipses.

9th District: Underfunded Democrat David Vogel rode his bike all over this mountainous district (which includes a sliver of North Athens) looking to unseat Rep. Doug Collins (R-Gainesville). Collins, a former Army chaplain, is staunchly conservative, if of the relatively sane variety. Vogel, charming though he may be, doesn’t stand a chance.

Amendment A: Would cap the state income tax at its current 6 percent. Vote “yes” if you think the legislature should never, ever be able to raise taxes for any reason. Vote “no” if you hold out some slim hope for a more progressive tax system one day.

Amendment B: Would authorize the legislature to raise reckless driving fines and earmark the money for treating brain and spinal injuries. But would the money really go to what they say it’ll go toward?

Referendum: Having taken on too much debt and now facing stagnant enrollment, the University System of Georgia is considering privatizing its dorms and parking decks. Vote “yes” not if you want to see them privatized, but if you think the private companies that run them should be tax-exempt.