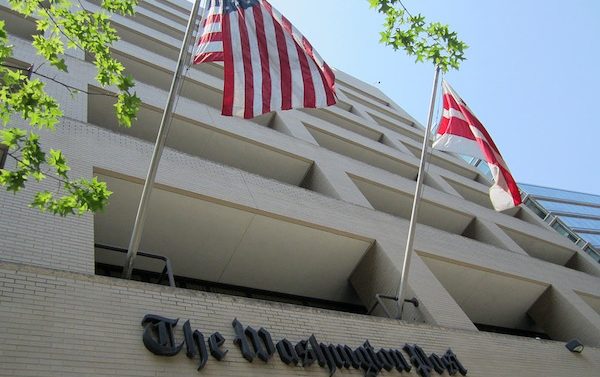 Through much of its storied history, The Washington Post has been a proud, truth-telling newspaper of national importance. From exposing consumer rip-offs and environmental horrors to the Watergate scandal that consumed Dick Nixon’s presidency, the Post has practiced Journalism with a capital J.

In recent years, though, jammed by changes in the newspaper business, the Post had been focusing more on cutting newsroom costs than on a watchdog role. Then, late last year, the Graham family sold the legendary Post to the avatar of Amazon, Jeff Bezos.

Why would the master of digital marketing metrics want a newspaper? Was it just a lark?

Let’s stay real—Jeff Bezos doesn’t do larks. The Post, of course, is the paper of record at the epicenter of our government, read by practically every Congress critter, agency head, lobbyist and anyone else with an interest in Washington doings. And Amazon’s doings are increasingly tied to the Capitol city—including possible anti-trust probes of its practices, its secret push to get a $600 million contract to build the CIA’s cloud, the funneling of global income through Luxembourg and its treatment of low-wage warehouse workers.

And now Mr. Amazon owns a newspaper that helps shape the debate on virtually every topic of public importance—including those that affect his grand ambitions. Bezos didn’t buy a newspaper. He bought power.