The Silk Road Runs On 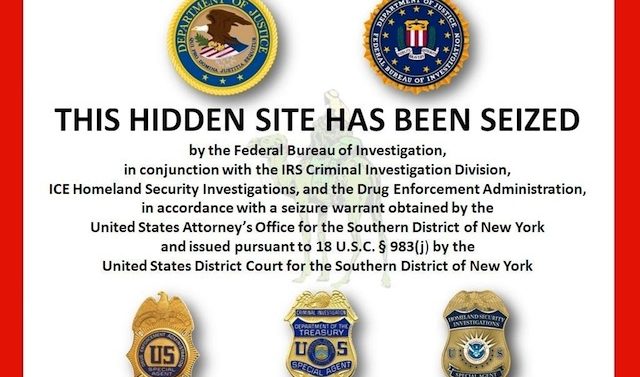 People started finding ways to get anything they want online with Napster, and music was just the start. Movies, games, textbooks, software­ and just about anything else can now be obtained online—even pot.

A black-market website called Silk Road made headlines last year for selling illegal drugs anonymously over the Internet. Authorities shut it down, but several copycats, using secure servers and the Internet currency bitcoin, have sprung up in its place. Lou Reed waited on his man at Lexington and 125; today’s drug dealers just get on the computer.

Sitting in a easy chair at his Athens apartment, a marijuana dealer we’ll call C.J. (not his real name) recounted using Silk Road: “Anybody could use the site, anybody with a credit card and a PayPal account. All you do is get on whatever browser and search for the term ‘Tor browser.’ I’m pretty sure it’s usually the first thing that comes up if you Google it, and it’s a free download.”

Tor works to obscure the IP address (your computer’s signature, essentially) by using up to 10 proxy servers to present different IP addresses, giving users multiple levels of protection from anyone who would want to know their identity. It’s the method whistleblower Edward Snowden used to send documents about National Security Agency spying to the Guardian and the Washington Post. 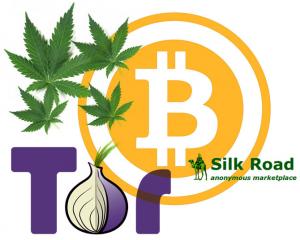 With Tor, it’s also possible to conduct illegal activity online anonymously. “In a way, it’s a lot more secure” than buying drugs in person, C.J. says. “The way the websites are set up is that it’s completely anonymous, except for the seller getting your mailing address, but the main reason that it’s secure is because we can look at the reviews of the seller on the websites before you buy anything, similar to eBay.

“You get on the site and search for whatever you’re looking for,” he says. “In our case it was usually weed. That’s the only thing I ever got off the sites, but I’ve had friends who’ve gotten other items. So you get on there, and you find whatever you’re looking for. Once you’ve used it enough times, you start to recognize individual vendors who you trust and have used before.”

C.J. says he isn’t worried about a seller revealing his mailing address when enough previous buyers have vouched for the seller—like Yelp for drugs.

“Now, say you’re using it for the first time, you’d definitely want to check out the reviews on the sites, and you would obviously want to go with somebody who has hundreds of good reviews, so you know they’re legit when you send them your information,” he says. “You know it’s safe with the seller you’re using.”

Silk Road was primarily the site C.J. used until the FBI took it down. Some of the sellers C.J. had worked with in the past let him know they’d moved to other, similar websites. “Pretty much immediately after Silk Road went down, we started using the new sites in no time.” he says. “There are roughly six sites around now that people use, but… Black Market Reloaded and Sheep Marketplace are the big ones we’re using right now.”

Business is good. All people like C.J. need, besides a PayPal account, is access to bitcoin, an online currency that’s created by computers using an algorithm. “The main problem with bitcoin is that it can be used anonymously, for example to buy drugs and launder money,” says Han Yongseung, a professor with the Mike Cottrell College of Business at the University of North Georgia. “For a specific example, on the site Silk Road, people can buy drugs such as heroin, cocaine [and] LSD, and you can buy these things with bitcoin. The seller makes money through selling the drugs via bitcoin, and the police can’t track the flow of the currency used by the seller the way they can through the use of banking or dollars.”

The bitcoin market can change very fast and even collapse altogether, just like other currencies that aren’t backed by governments have in the past, according to Yongseung. Just a few weeks ago, two of the major platforms that handle the crypto-currency were hacked, triggering a massive selloff that cost investors an estimated $300 million.

“When Silk Road went down, the value of all the bitcoins we had also went down, so we stopped keeping an amount of bitcoins and simply exchanged the exact amount of money we needed to spend from a PayPal account to be converted into bitcoins,” C.J. says.  At first, the exchange took 10 days, which was bad for C.J. because the bitcoin market could fluctuate wildly during that time period. But now, the exchanges are nearly instantaneous, he says.

After the purchase is made, sellers ship the drugs to C.J. and his friends through the mail. “I know we’ve gotten over a hundred packages, and none of them have been confiscated,” he says. “They were usually shipped through [the U.S. Postal Service], and they came in a special bag that was lined with charcoal to be odor-proof after being vacuum-sealed.

“As far as getting it shipped through the mail, the only thing that can possibly happen is the package gets intercepted, and then the USPS or police will call you, but I’ve had friends who’ve been waiting for a package to come, and they got a phone call, but all they had to do was tell the USPS that they weren’t expecting a package, and that’s the last they have heard of it.”

They always used the same mailbox and would normally get a half-pound to a pound per order. “In the big picture, I think there is so much coming out of California and Colorado [where marijuana laws are lenient] that I don’t think we’re even on the radar,” C.J. says. “It may seem like a lot to someone who doesn’t smoke, but it’s really just a drop in the bucket.”

But that may change. “New York State is moving to pass regulations on bitcoin, and the Chinese government is firmly opposed to the currency being used, because there is a big corruption problem in China,” Yongseung says. “It’s the main priority of the new Chinese leadership to crack down on corruption, and if exchanges are happening in bitcoin, the Chinese government can’t police them.”

Technologies like Tor servers and bitcoin have their upsides as well as their downsides, says Shira Chess, a University of Georgia telecommunications professor. They’re just another tool for people to pay for things they don’t want others to know about, she says.

“I don’t know that necessarily Silk Road or crypto-currencies are particularly creating drugs or more drug users; it’s just a new vehicle for that, and it will work for a little while,” Chess says. “There are larger systemic problems that are lying beneath all of that… I don’t really see Silk Road as a cultural threat or anything like that because there will always be black markets to sell things that people either want to purchase anonymously or don’t want to get in trouble for selling. It’s just another example of that,” she says.

“I don’t think the crypto-currencies are a bad thing, given everything that’s happening with the NSA. At this point, one can’t argue that there’s no value to anonymity online, so creating an anonymous space online unto itself is not a bad thing.”