The Downtown Master Plan: An Introduction 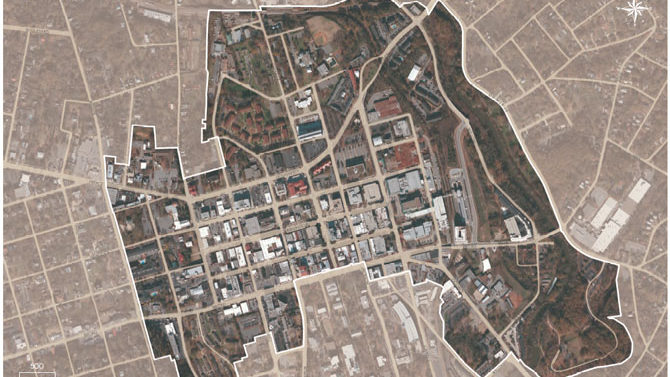 Editor’s Note: This is the first installment in a series of articles by University of Georgia College of Environment and Design professor Jack Crowley. In this series, Crowley will explain the downtown Athens master plan effort that his team generated to guide development downtown for the next 15 years.

In case you’re not one of the more than 4,500 people who provided input on its development, there’s been a fairly big planning project going on downtown for the past year and a half.

In February, the Athens Downtown Development Authority, which is sponsoring the downtown master plan, tentatively approved it and, after receiving the plan text, will likely pass it on to the Athens-Clarke County Planning Commission and finally to the Mayor and Commission. The plan’s journey will have taken about two years.

Over the next few months, I’ll try and break the plan down into bite-sized chunks. There are many elements to the plan, such as street improvements, pedestrian and bicycle corridors, open space, public facilities and transportation projects. Although they all tie together, they will be examined separately.

As Athens, along with most of the rest of the country, was recovering from the collapsed economy that had stopped real estate development in its tracks, it was apparent that local development’s resurgence was headed downtown. Public discussions about ideal downtown densities, the capacity of the water and sewer infrastructure, delivery trucks and street reconstruction were at their height as the first wave of student residential construction washed onto the slopes at the east end of downtown. It was obvious to most that no plan had been done in a long time, and one was needed.

The economy, however, hadn’t recovered enough to start filling the local government coffers, and there weren’t sufficient funds to retain a private consultant. The project was undertaken at the request of the Athens Downtown Development Authority as a public service of the University of Georgia. The team of graduate planning and design students from the College of Environment and Design, many with considerable experience and graduate degrees in related fields, was assembled, and I agreed to direct them, utilizing my 40 years of experience not only in planning central business districts, but in developing them as well.

It was agreed that the area to be comprehensively studied and planned was the downtown core of Athens bounded along the south by the UGA campus, on the east by the North Oconee Greenway, on the north by the CSX Railroad and on the west by Finley and Pulaski streets.

The first eight months was spent mapping and analyzing the plan area, studying other cities and their creative downtown solutions, meeting stakeholders, holding town hall meetings, and advertising the efforts to gain public input through radio, television, the print and social media.  Graphics, models, films, writings, and presentations resulted in meeting more than 4,500 people by the time the team stopped counting.

Athens has a downtown that other cities commonly visit as an example of success and excellence. It truly has the potential to become considerably better. The suggestions in the plan underline those opportunities. In planning, one of the great hurdles is skepticism, and a downtown that may be a 7 on a 10 scale can get to an 8.5 if we take a good plan and work hard to implement it. (I figure that a 9–10 is utopia, and besides, there has to be something left to complain about.)

An important thing to keep in mind as we examine this plan is that it primarily calls for an investment in the public infrastructure of the downtown. If we are reliable and consistent in those investments, they will attract the private development response that we are looking for. It’s not about preventing what we don’t want, but rather attracting what we do want.

Part of that strategy for attracting the good will involve partnering with the private sector. The plan shows a considerable amount of infill development on private and adjacent public lands. These infill scenarios are shown only to illustrate what can happen on a given site, not as regulated but as potential. In addition, the infill scenarios also allow for the calculation of infrastructure capacity needs for the future.

The plan includes strong recommendations on how to finance the proposed public infrastructure projects over the years between now and 2030. This includes incomes from leasing public lands, tax allocation districts and the two SPLOST periods that are likely to occur between the end of the present one in 2021 and 2030. These will be written about in the columns to come.