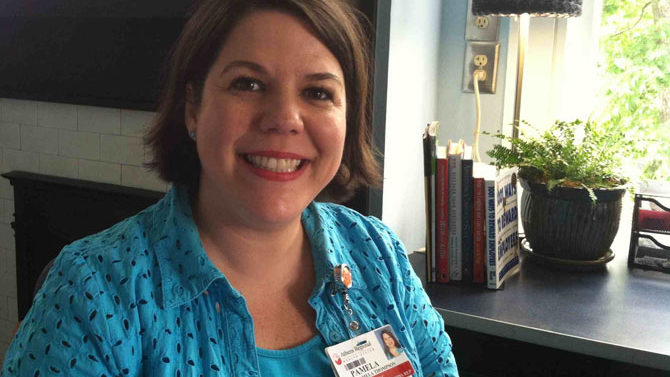 A couple of years ago, Pamela Thompson was working for a Virginia county government when her father, who lives in Georgia, was diagnosed with cancer.

When her contract with Prince George County, VA, where she was deputy manager, expired, the Southwest Georgia native decided to move back home.

“I kind of had that epiphany: ‘Hey, instead of picking jobs, you can pick where you live,'” she told Flagpole earlier this month. “I decided I need to get back to Georgia and reconnect.”

Thompson had been to Athens before and was struck by the city’s combination of big-city culture and small-town hospitality, so she chose to live here when she came back to Georgia, even though she didn’t have a job lined up.

Meanwhile, after a series of disagreements with Executive Director Kathryn Lookofsky over issues like whether to move in with the Athens Area Chamber of Commerce, whether to hire a University of Georgia professor or a private firm to write a downtown master plan and whether the Athens Downtown Development Authority or Athens-Clarke County was responsible for keeping downtown clean, the ADDA board and Lookofsky, “by mutual agreement,” did not renew her contract, which expires at the end of the month. The search began for a new executive director.

Thompson was one of 160 people to apply and was named a finalist along with Shannon Bell-Logan, an assistant city manager in Murfreesboro, TN. The ADDA board voted unanimously June 17 to hire Thompson.

Since moving here, Thompson said, she has attended events like the Parade of Lights and the Twilight Criterium and often takes her dog, Cowboy, for walks downtown. She hopes to jump into the job quickly.

“There will be a short learning curve,” she said. “I love Athens. I chose to move here prior to my job opportunity.”

The ADDA board was looking for someone with a combination of planning and economic development experience, and Thompson fits the bill.

During her career, she has helped lure a Rolls-Royce plant to Prince George County, and she oversaw infrastructure preparation for it, She started that county’s first farmers market, and she wrote a comprehensive plan, zoning ordinances and grant applications for Lee County. She has even judged parades, she said.

ADDA Chairman Bill Overend responded to rumors that the board hired Thompson to focus on drawing more development to downtown. He said it’s always been, in part, an economic development position.

“Don’t think there’s some new focus on attracting big new developments or developers,” he said. “That’s a misunderstanding of what we mean by ‘big D’ development.”

Part of Thompson’s job, in conjunction with the downtown master plan, will be to create a vision of what downtown should be like five or 10 years from now, Overend said, and that will include looking at the mix of businesses downtown.

For example, there may be too many student apartments, too much retail and not enough offices downtown, he said, noting that a major downtown law firm, Fortson, Bentley & Griffin, moved to Oconee County a few years ago.

“I think that’s part of the downtown neighborhood fabric, having folks coming downtown to work every day and eat lunch every day and bringing clients downtown every day,” he said.

For Thompson’s part, she said she will seek a balance between helping and promoting existing businesses and recruiting new ones. The majority of growth downtown will come from existing businesses expanding, she said, but there may be goods and services that are missing from downtown, like a corner market or a general store. She said she plans to “ask people what they want, ask people what they need.”

She said in an interview two weeks ago that she attended one downtown master plan meeting but is not fully up to speed on it. She did, however, like the idea of a linear park along Jackson Street, which she compared to Monument Avenue in Richmond, VA.

Thompson’s official start date is July 8. She will make $77,500 a year, about in the middle of the range the ADDA was offering.