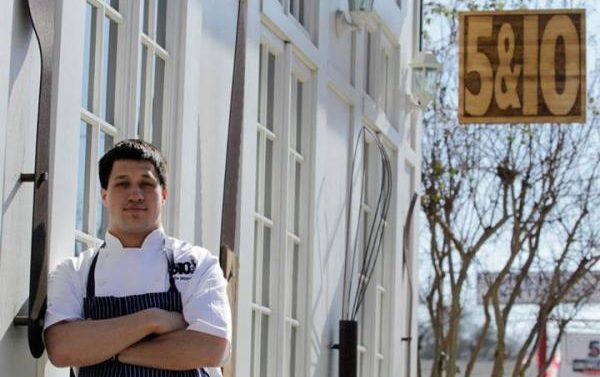 Not that these two pieces of news have anything in common… Five & Ten, which has been working on its new location on Milledge over the past year, has announced a closing date in its current space in the heart of Five Points (June 30), but not yet an opening date in the former Hawthorne House (1073 S. Milledge Ave.). If you want a sneak preview of the interior, Mary Charles Howard, of Athens Food Tours, has created a video that does just that. The shuttering should be brief, with a reopening in July. The restaurant is also offering a special prix fixe menu every evening from now until its closing.

On West Broad, the space with a giant patio where Mexicali Grille operated for many years appears to have found a new owner. A couple of big signs promise the opening in the new future of another Mexican grill-type restaurant called Botanas. It’s hard to tell from the business license on file whether it’s an expansion of the Hilton Head location or related to South Carolina in some way. The logo more resembles this restaurant of the same name in Milwaukee, WI. The word itself translates from the Spanish as “snacks.”