State Rep Wants to Crack Down on EPD 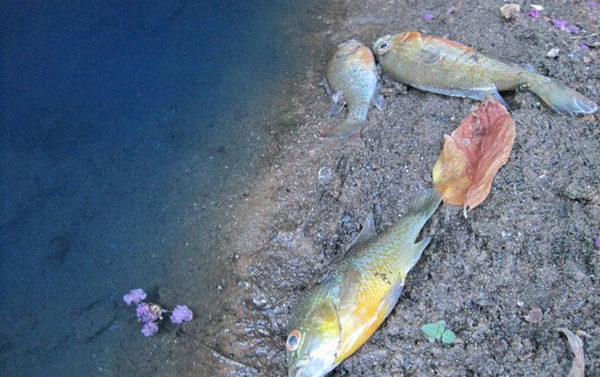 A state representative filed a bill last month attempting to force Georgia Environmental Protection Divisions to do what it should already be doing: responding to toxic spills in Georgia’s rivers. Fast.

Rep. Jon Burns (R-Newington) who represents Screven County, testified in a subcommittee meeting at the Capitol last week that a toxic spill on the Ogeechee River is not an anomaly, but one of many incidents in the state in which a significant spill has not met with a timely response by EPD. Burns cited poor communication with local and state agencies, the need for additional specialized training and a general lack of governmental coordination as fundamental problems that have endangered water resources and public health.

Citizen witnesses from across the state told remarkably similar stories about spills that devastated their river communities. Large, preventable spills.

Citizen Patrick Lord, who lives on Briar Creek, a long blackwater river flowing from the Piedmont to the ocean parallel to the Ogeechee, told members of the subcommittee, “If you want to bring your kid to fish, don’t come to Briar Creek. There’s no fish there now.” He recounted his horror the day that the water suddenly turned white, changing his backyard paradise within minutes. “The stench is something I will never forget.”  The spill, later attributed to a kaolin facility, resulted in a fish kill of over 12,000 in January 2012. 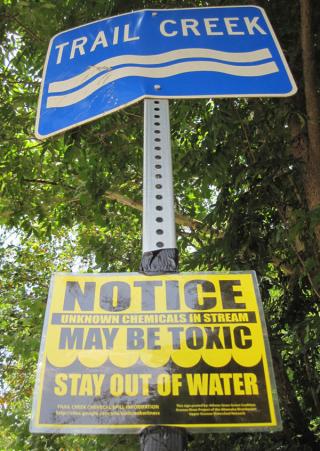 In Athens, a fire at a chemical plant spilled toilet cleaner into Trail Creek in July 2010, killing an estimated 15,000 fish and other wildlife. Former state Rep. Keith Heard (D-Athens) led an investigation into EPD’s response, and EPD’s then-director Allen Barnes admitted to a lack of coordination during a hearing and promised to correct the problem.

The bill, which requires EPD to investigate an incident within a 42 hours and notify other agencies and the public of any health risks subsequent to that investigation, is otherwise noticeably vague. Perhaps that’s because the bill is merely intended to send a message. Burns is serious about getting to the root of a problem that routinely results in lawsuits, not policy changes. Upbeat and polite, Burns told noticeably concerned committee members he wanted the bill to be comprehensive.  At the capitol, this is legislative speak for: “Get your act together over the summer or we’ll legislate your problem out of existence next legislative session. We’ll be watching y’all.”

A representative from EPD attended the meeting and stated that the agency supported the bill.

Kevin McGrath, advocacy chairman of Trout Unlimited, alluded to the festering frustrations of many, reminding those in attendance that, although King America Finishing, the company allegedly responsible for the Ogeechee River spill, was never given a discharge permit by EPD, the agency still allows the company to discharge into the river. The incident, which occurred in May of 2011, killed an estimated 34,000 fish, resulted in $1 million fine.

The same day of the committee meeting, Spalding County Superior Court Judge Christopher C. Edwards found that EPD Director   Judson Turner “acted reasonably under the circumstances and consistent with the provisions of the Georgia Water Quality Control Act” when he allowed KAF to continue to discharge without a permit.

Hutton Brown, attorney for Green Law, a public interest environmental law firm involved in the case, disagreed with the court’s decision. Brown cited  a requirement within the federal Clean Water Act as evidence that KAF should have been required to have a permit and should not be allowed to continue polluting the river with effluent (thought to be an ingredient of chemical flame retardant) without a permit.

“The law is quite clear that you can’t pollute the water without a permit,” Brown said. Otherwise, you and I could go down to the river and dump chemicals without consequence.  But the law is worthless if the enforcing agency—here the Georgia EPD—does not mandate compliance.”