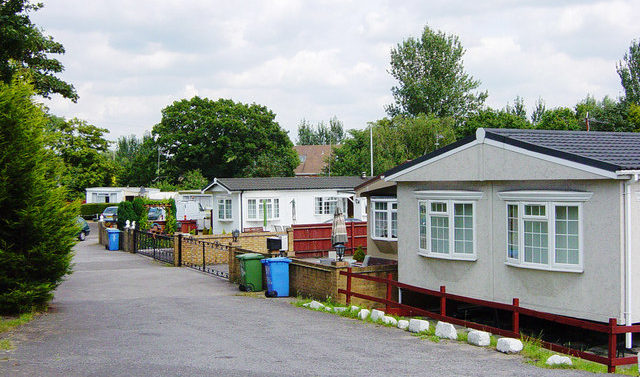 People of Hope spent a decade trying to build a resident-owned mobile home park for people displaced by development. They failed—and now the U.S. Department of Housing and Urban Development wants its money back.

The Athens-Clarke Commission approved a slate of federal block-grant projects Tuesday night that was amended late last week to include a $175,000 cut in affordable housing dollars to pay back HUD for a 2004 grant to People of Hope.

“We’ve come to a situation where now repayment is required or completion of the project, but they don’t have the means to complete the project, so now we’re at a point where the grant has to be repaid,” said Keith McNeely, director of the ACC Human and Economic Development Department, which administers federal block grants.

HUD’s clawback effectively puts the last nail in the project’s coffin. People of Hope’s website is now something about dehydration. “I don’t see it coming to fruition,” McNeely said.

In 2001, a new student apartment complex displaced about 250 mostly black and Hispanic residents at Garden Springs, a mobile home park off North Avenue.

Working with nonprofits like the Georgia Community Loan Fund and the Athens Land Trust, former residents came up with a plan to buy 18 acres for a 41-lot mobile home park off Freeman Drive that they would own and so could never be evicted from.

People of Hope struggled with funding from the beginning. HED awarded People of Hope a $175,000 federal HOME grant in 2003, but it was less than they requested and a far cry from the $1.3 million (about $30,000 per pad, not including the cost of mobile homes) the group needed to complete the project. But along with another $95,000 in donations, it allowed them to buy the Freeman Drive property.

Other funding possibilities—including loans from the Federal Home Bank and the National Council of La Raza—apparently never came through. HED and the commission denied the group more HOME grants.

Still, People of Hope broke ground in 2007, clearing land for a community center to keep the project alive. In 2008, commissioners brokered a deal between People of Hope and Steven Hill, a developer who was planning a 16-acre cluster of homes, businesses and Athens Tech classrooms nearby, to share a pump station. (The area lacks sewer service, a requirement for multifamily development.) Hill’s project went belly-up, and he and People of Hope got mired in a lawsuit.

“HUD is being more aggressive in implementing what’s already on the books,” McNeely said.

The department ordered HED to repay People of Hope’s grant, as well as one given to the East Athens Development Corp. and Athens Housing Authority for a subsidized home on Peter Street, which those groups have repaid to HED.

Until—or unless—HED is able to recoup the grant, other affordable housing groups that receive HOME grants, like the land trust and AHA, will take the hit in fiscal 2014.

Along with annual Community Development Block Grant awards, commissioners approved a new set of rules giving them more oversight over HOME grants, which in the past were awarded by HED. From now on, the commission will approve contracts and review them after six months, and any reallocations will also require commission approval.

“When you receive this money, we want you to use it,” Commissioner Mike Hamby said.