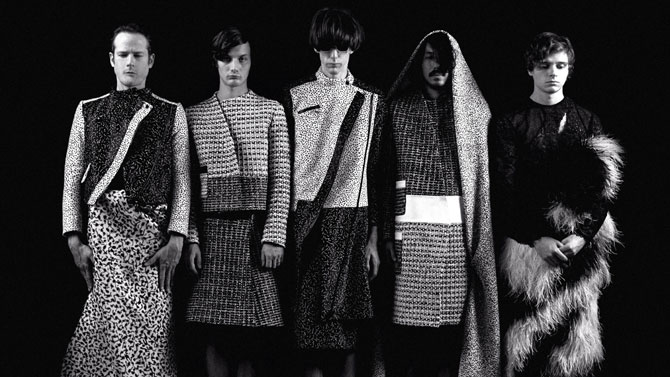 On Tuesday, Atlanta noise-rock outfit Deerhunter was the musical guest on “Late Night with Jimmy Fallon,” and the band played the title track from its upcoming album, Monomania. It was a hell of a performance: aside from the hedonistic, scuzzed-out glory of the tune itself, frontman Bradford Cox (an Athens native) appeared as a bandaged-up version of his new alter ego Connie Lungpin, sauntering off stage near the end of the song and wandering down a 30 Rock hallway, eventually pausing to wait for an elevator.

“Yeah, so this was a first for sure. I don’t watch TV, so I didn’t have any expectations, really. (Well, maybe except that music usually sounds kinda shitty on TV.) But the song we were doing is a grimy little number, anyway, so I figured we’d be OK. That it ended up being a musical point/counterpoint between us and B.J. Thomas (the guy who sang “Raindrops Keep Falling…”) was so funny and perfect. Not only did we get to hear B.J. and The Roots doing that song while we were getting ready in the green room (which brought our boozing to a silent pause), the man HIMSELF came back unaccompanied after the show to personally tell us he hadn’t been so excited by a rock band since the ’70s! Turned out he was from south Texas originally, and used to see the 13th Floor Elevators in their halcyon days. Like, Bacharach to the future.”