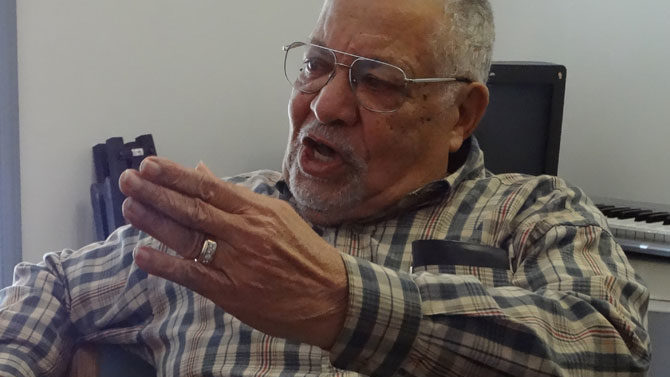 When Archibald “A.R.” Killian was growing up in Athens, not only were African-Americans barred from eating in the same restaurants, drinking from the same water fountains or using the same restrooms as whites, they couldn’t even boycott the establishments that shunned them for fear of being jailed, or worse.

All that changed—for Killian, at least—when he joined the Air Force in 1952 and became a military policeman. His service took him to France, Germany, Luxembourg and North Africa, places where African-Americans weren’t discriminated against.

“Everywhere we went, we could go,” he says. “We didn’t have no trouble overseas.”

The experience gave Killian the fortitude to be a trailblazer when the Athens Police Department decided to hire its first two black officers—him and his cousin, Donald Moon—in 1962.

Moon and Killian are finally getting their due, as Athens-Clarke County is naming its Baxter Street substation—where the partners used to patrol 50 years ago—for the two men who broke the department’s color barrier.

The idea to commemorate Killian and Moon came to Arelia Scott last year, when she listened to him discuss his experiences with Johnnie Burks, one of Clarke County’s first black schoolteachers, on his WXAG 1470 AM radio show last year. “Thus begins the story,” Scott says. “I just met with them at the library that day.”

Scott called the story of how she got the idea to rename the substation “boring.” Killian’s life has been anything but.

After leaving the Air Force, he traveled to California. He thought he was done being a police officer, but he couldn’t find any other work, so he applied for a job with the LAPD. At the last minute, he changed his mind about accepting it and came back to Athens.

A few years later, Hamilton Holmes and Charlayne Hunter were about to integrate the University of Georgia. The family that was supposed to put up Holmes backed out because of the danger, so the Killians took him into their Harris Street home.

Killian and his veteran friends worked with then-Police Chief E.E. Hardy to fend off the Ku Klux Klan and guard Holmes, so Hardy turned to Killian and Moon when he wanted to hire two black officers. They were sworn in Mar. 7, 1962.

The police departments in Savannah and Atlanta integrated in 1947 and 1948, respectively, but it wasn’t until more than a decade later that any black officers worked a beat in Athens. Even then, they were only allowed to patrol in black neighborhoods and arrest black suspects.

“It wasn’t integration the way you see today,” Lumpkin says. “They got the same uniforms, but that’s about as far as it went.”

That started to change when Moon and Killian were flagged down by a taxi cab driver on Milledge Avenue. A white sailor on leave was drunk and touring the local houses of ill repute, and the driver wanted him arrested. They booked him into jail for public drunkenness. People packed the courtroom the following morning because a black officer had broken the unwritten rule by arresting a white man, as Killian recounted to Earnest Thompson, who’s ghostwriting his autobiography, A Mighty Long Way: The Experience of an African-American in Athens, GA, from Roosevelt to Obama. After using a couple of racial slurs—earning an admonishment from Judge Olin Price—the sailor begrudgingly credited Killian with being the only policeman who didn’t steal his money, paid his fine and hopped a bus back to Savannah.

The racial tension remained thick. The Klan would march up and down one side of Broad Street while members of Ebenezer West Baptist Church marched on the other. Once, Killian, Moon and George Maxwell, Athens’ third black officer, were called in to clear out a sit-in at The Varsity (then located downtown, where Five Guys Burgers and Fries is now). A few times, Killian says he turned in his badge rather than arrest civil rights activists.

“It was a known fact I would not lock up a person of color for wanting civil rights,” Killian says. 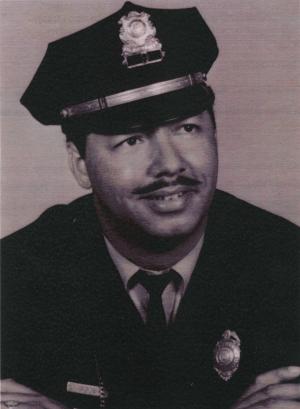 Moon’s life was cut short at age 30 on Nov. 3, 1963. He was teaching his girlfriend how to drive on Trail Creek Street when someone fired a rifle at the car, shattering the driver’s side window. Moon grabbed his handgun, chased the shooter up a bank and was shot in the chest and killed, according to Lt. Jerry Saulters, who researched Moon’s death to have his name carved on the Washington, D.C., National Law Enforcement Officers Memorial to police killed in the line of duty. Weeks later, police arrested Bobby Lee Stovall for another shooting and connected him to Moon’s murder. Stovall was sentenced to life and died in prison.

Maxwell and Killian stayed on the force for a few more years. They were on duty July 11, 1964, the night Lemuel Penn passed through Athens on his way from Fort Benning to Washington, D.C. A group of Klansman followed his car to Madison County, where they fired a shotgun through the window and killed him because they believed he intended to test the newly passed Civil Rights Act.

“It was the kind of thing that really, really numbs you, to realize something like that can happen,” says Maxwell, now an ACC commissioner.

Race relations weren’t always so predictable then, though. Killian recalls his father, William, taking him to see the ardent segregationist Sen. Richard Russell to ask for his help getting a job at the post office for a family friend. “Sen. Russell picked up the phone and called the postmaster in Athens and told him he wanted [the friend] hired that day,” Killian says. “That was the first time I saw that kind of power being used.”

When Killian was about to be sworn in as a police officer, Hardy went to check on whether he was registered to vote, a requirement for the job. The paperwork was hard to find, because the clerk had filed the light-skinned Killian’s application under “white,” not “colored.”

And after Killian left the police department, the segregationist Gov. Lester Maddox offered him a job as a state trooper through a mutual friend, James Edward Dearing. Killian turned it down, but he still respects Maddox for hiring Dearing as the first black Georgia Bureau of Investigation agent.

“If you really check the records of Lester Maddox, he did more for people of color in Georgia than any other governor,” Killian told Thompson.

Both Killian and Maxwell quit to become letter carriers in 1966, when the feds ordered the local postmaster, a Mr. Meyers, to hire more African-Americans. As Maxwell remembers it, he left because the benefits at the post office were better. Killian recalls being tired of police work and frustrated that the department wouldn’t promote him after more than four years. The late Julius Bishop, the mayor at the time, told him the city wasn’t ready for it, he says.

Years later, Killian says he ran into a white former superior at The Varsity, the scene of many confrontations during the Civil Rights Era. This time, his old boss acknowledged that the department had tried to drum him out. “‘We tried everything we could to break you, and we couldn’t do it,'” Killian remembers him saying. “I just was not going to back down. I wasn’t going to do it. Somebody had to take a stand.”

Killian, 79, remains a well-known and respected figure in the community. He has run businesses and served as pastor of St. Mark AME Church for 16 years. But African-Americans of his generation fret that their legacy will be forgotten.

“That’s a part of history young people really need to know,” Maxwell says. “History was made here in Clarke County, and you don’t have to research it in the books.”